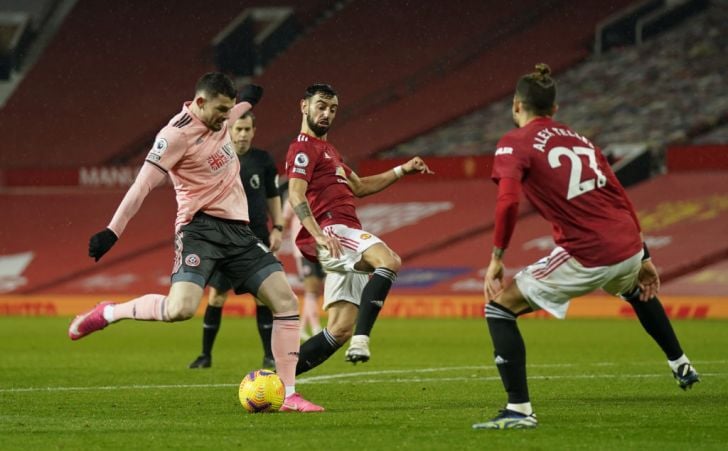 Ole Gunnar Solskjaer’s men were riding the crest of a wave after Sunday’s FA Cup win against Liverpool, only to be brought crashing down to earth on a night when many expected them to go back top of the league.

Even in such an unpredictable season, few could have foreseen this result.

The Blades had just five points to show from their first 19 games – the worst haul in Premier League history – and had not beaten the Red Devils since 1993, with their previous Old Trafford victory coming in 1973.

Kean got them off the mark from a corner as Billy Sharp’s push on David De Gea went unpunished midway through a first half in which Anthony Martial saw an equaliser ruled out.

The ineffective hosts eventually clawed one back through Maguire’s header from a corner, but Solskjaer’s comeback kings faltered in embarrassing fashion.

Sheffield United capitalised on some atrocious defending and Burke saw his effort rifle in off Axel Tuanzebe, sealing just a fourth win of the season in all competitions for his side.