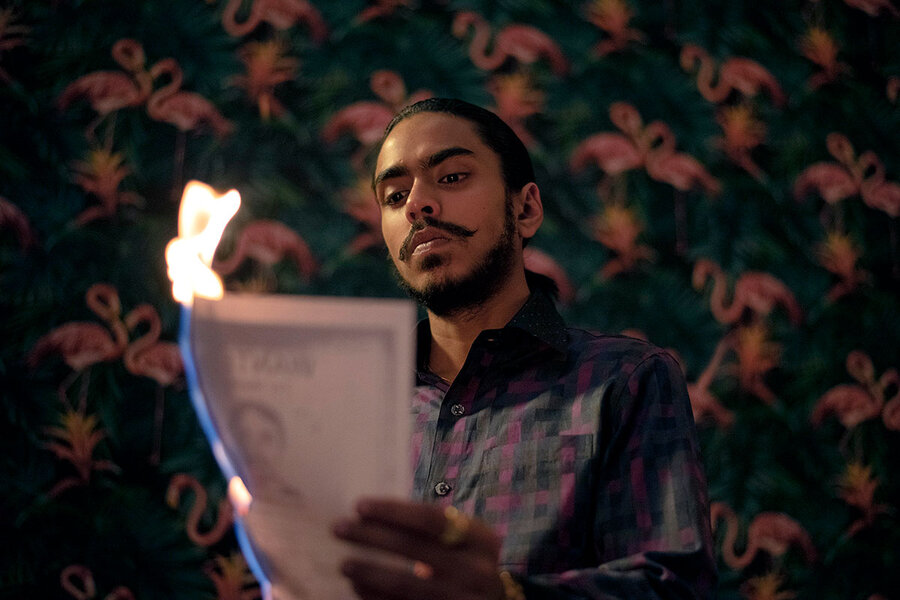 The caste system has figured in a lot of movies about India but I’ve never seen one quite like “The White Tiger,” which explores with devastating effect how such a system can distend the souls of both servants and their masters. The film is written and directed by the Iranian American Ramin Bahrani and based on the Booker Prize-winning 2008 novel by Aravind Adiga. It’s about Balram Halwai (marvelously played by Adarsh Gourav), a poor boy from a large family whose ambition raises him from tea-stall waiter in his village to first driver for a wealthy landlord’s family and ultimately, through connivance and corruption, to riches of his own.

The film’s time-juggling storyline, which begins in 2010, is narrated by Balram in a voice alternately jaunty, mocking, and credulous. He is speaking directly to us, his captive audience, and you can tell by the lilt in his voice that he enjoys his dominion over us. He poses what is, for him, an essential question: “Do we loathe our masters behind a façade of love, or love them behind a façade of loathing?”

This is not a movie about a wide-eyed Dickensian innocent who makes his way in the world. Balram sees himself as an avatar of the coming global order, a world in which powerful white men are on their way out. It’s also no “Slumdog Millionaire,” which Balram implicitly denigrates when, in describing his poverty-stricken background, he says, “Don’t believe for a second there’s a million rupee game show you can win to get out of it.”

In its tone and propulsion, “The White Tiger” is actually closer to an Indian “Goodfellas.” Balram is fully aware that he was born into a world, a caste, that will not allow him to rise. And yet rise he must. He plainly states that the only way to the top in India is through crime or politics (and from what we see, they are synonymous). He schemes his way into the bad-tempered landlord’s good graces by cruelly framing and displacing the head chauffeur. With maximum obsequiousness, he ingratiates himself with the landlord’s Westernized son Ashok (Rajkummar Rao), recently returned from America to help with the family business, and with Ashok’s Indian American wife Pinky (Priyanka Chopra Jonas).

The couple takes a shine to Balram – they want him to call them by their first names and regard them as “family” – and he chauffeurs them to Delhi on business trips. But it’s clear that the servant-master dynamic still holds, a point reinforced by the extraordinarily complex performances of Rao and Chopra Jonas. While Ashok and Pinky live in high-rise luxury in Delhi, Balram lives below in a roach-infested parking garage with the drivers of the other bosses. And when a lethal accident implicates Ashok, the family pressures Balram to take the blame. Ashok and Pinky initially want no part of this scheme. Their eventual acquiescence is doubly sad because these are good people we are watching, not monsters. In its own way, the system has deformed them as surely as it has Balram.

If Balram was simply a born hustler, his odyssey would not have the resonance it has here. But we can see glimmers of what he might have become if not for his caste. Before he had to drop out of school to earn money for his family, his teacher, floored by his smarts, dubbed him a “white tiger” – a rarity that comes along but once in a generation.

Balram had it drummed in from birth that he is a servant. His ambition to become a master follows a cruel logic: The betrayed becomes the betrayer. Balram believes by the end that he is the ruler of his fate, and, judged purely by financial metrics, this may be so. But what he doesn’t grasp is that he is still caught up in the cultural tragedy of the caste system. It’s a tragedy that has rarely been so chillingly conveyed.

Peter Rainer is the Monitor’s film critic. “The White Tiger” is available on Netflix.