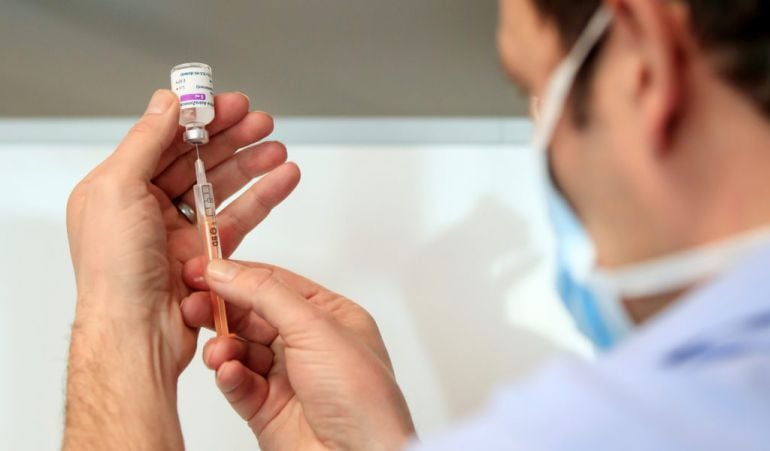 AstraZeneca denied media reports this week that its vaccine was not very effective for people over 65. Photo: PA

South Korea will review the use of AstraZeneca’s Covid vaccine for the elderly because of limited efficacy data, the government said on Thursday, as it unveiled a plan to inoculate 10 million high-risk people by July.

Vaccinations will be expanded towards the second half of the year to include the general public with a goal of reaching herd immunity by November, Korea Disease Control and Prevention Agency (KDCA) director Jeong Eun-kyeong told a news briefing.

The plan comes after South Korea, which had initial success in containing the epidemic, experienced its third and strongest wave of infections this winter and amid criticism that it was slow to secure vaccines for its 52 million people.

Inoculations would begin in February starting with key groups, including about 50,000 medical workers in the front line of coronavirus treatment, the elderly and staff in nursing homes, Jeong said.

But a review was under way by the Ministry of Food and Drug Safety, together with an independent advisory board, on whether to use the AstraZeneca vaccine for those over the age of 65.

“There is an insufficient number of test cases of elderly people in the clinical test data that have been submitted so we need a statistical review,” ministry official Kim Sang-bong told the briefing.

The review will include a study of immune response data used in the vaccine’s European approval, he said.

AstraZeneca denied media reports this week that its vaccine was not very effective for people over 65, saying a strong immune response to the vaccine had been shown in blood analysis of elderly trial participants.

South Korea plans to vaccinate a 1.3 million people in priority groups in the first quarter and 9 million people over 65, and remaining medical staff, by the second quarter, followed by the general population starting in July.

For inoculations using vaccines from AstraZeneca and Johnson & Johnson’s Janseen, which do not require ultra-cold storage, authorities have designated 13,317 hospitals and clinics.

South Korea has mobilised 57 military units as well as police and fire personnel to transport vaccines for distribution.

Jeong said the immunisation plan could be altered, depending on the state of the outbreak and the arrival of vaccines.

South Korea, with a population of 52 million, has secured 106 million doses to allow for coverage of 56 million people.

SK bioscience, a drugmaking unit of SK Chemicals , will manage the transport of the Pfizer, J&J and AstraZeneca vaccines, Jeong said.

The KDCA reported 497 daily new Covid cases on Wednesday. The total number of infections reported in South Korea stands at 76,926, with a death toll of 1,386.

Nearly half of infections in South Korea over the past year came in clusters emerging from specific close-knit groups, including religious facilities and nursing homes.