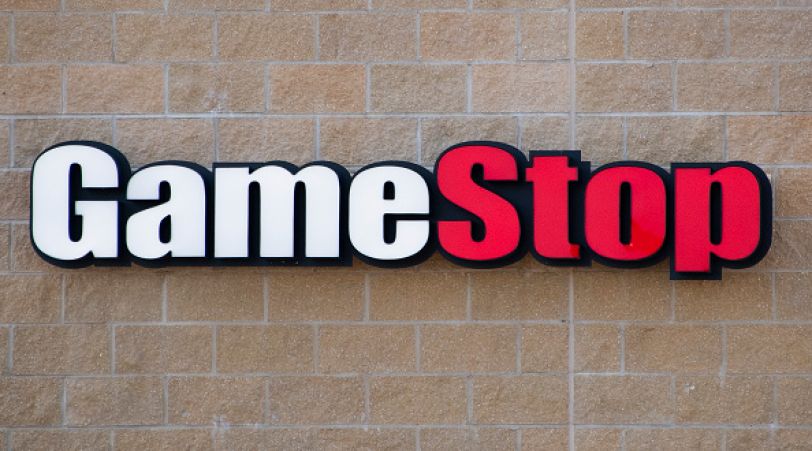 Herds of amateur investors on Reddit have long been supporters of hyper-volatile stocks – now they're backing GameStop. Photo: Jim Watson/AFP via Getty

GameStop shares surged another 60 per cent on Wednesday in pre-market trading, boosted by increased interest among amateur investors who have lifted the share price by 700 per cent over the past two weeks.

The video games retailer surged 50 per cent in extended trade on Tuesday after Elon Musk tweeted “Gamestonk!!”, along with a link to Reddit’s Wallstreetbets stock trading discussion group, where supporters affectionately refer to the Tesla chief executive as “Papa Musk.”

“Stonks” is a tongue-in-cheek term for stocks widely used on social media.

GameStop’s after-hours surge added to a 93 per cent jump during Tuesday’s roller coaster trading session, with the videogame retailer’s stock propelled by traders on Wallstreetbets and the private Facebook group “Robin Hood’s Stock Market Watchlist”, many of them buying volatile call options.

Herds of amateur investors on Reddit have long been supporters of Tesla and other hyper-volatile stocks, and their influence appears to be growing.

“I don’t think this is a fad, it is a generational shift in how people think about investing their money,” said John Patrick Lee, ETF manager at VanEck.

As well as GameStop, BlackBerry, also favoured on Wallstreetbets, advanced 4.9 per cent and is up 185 per cent this year. An earlier tweet by Musk sent Etsy up almost 9 per cent before it reversed its gains.

The surge in recent days – GameStop has increased more than seven-fold to $147.98 (€122) from $19 since January 12th – has spurred concerns over bubbles in stocks that hedge funds and other speculative players had bet would fall in value.

“These are not normal times and while the [Reddit] r/wallstreetbets thing is fascinating to watch, I can’t help but think that this is unlikely to end well for someone,” Deutsche Bank strategist Jim Reid said.

Trading in GameStop stock was halted for volatility nine times on Monday and five times on Tuesday.

To some stock market professionals, the recent moves look symbolic of a market that may be overvalued at the end of a year dominated by floods of fiscal and monetary stimulus to ease the coronavirus crisis.

Much of the recent action among Reddit traders has centred around shares that have been heavily “shorted” by other market players – traditionally an area dominated by hedge funds.

Short sellers typically bet against stocks of companies that they view as outdated in their business models or otherwise overvalued.

Noted short seller Andrew Left is as convinced as ever that GameStop is a dying business and its stock price will fall sharply. Left shorted the company’s stock when it traded around $40 a share and forecast publicly that it would tumble to $20 a share. He said on Tuesday that he was still short the stock.

“Will it end badly? Sure. We just don’t know when,” said Thomas Hayes, managing member at Great Hill Capital LLC in New York.