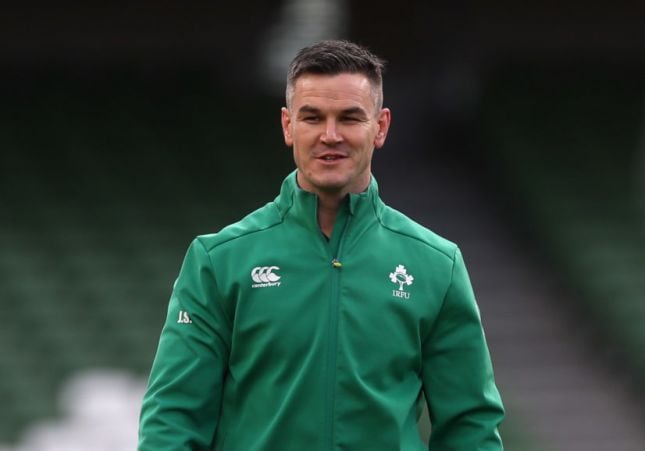 Johnny Sexton says it would be “brilliant” to cap his illustrious career by captaining Ireland to silverware.

Sexton has enjoyed a trophy-laden time in the game and is preparing to lead his country for the second successive Guinness Six Nations campaign.

He has already won the tournament three times, including a Grand Slam in 2018, but admits repeating the feat as skipper would be extra special.

While he currently has no plans for retirement, the 35-year-old has been dogged by niggling injuries in recent months and accepts he cannot afford to look too far ahead.

“I don’t like to throw my goals out for everyone to hear them but being captain for this campaign, I have big aspirations that the team does really well,” he said.

“To try and win the championship as captain would be brilliant. It’s always an honour, always a privilege to get asked to do it.

“For me, it’s about taking it a campaign at a time, and I am just properly focused on this one, whether I stay on for another year or for another two, I don’t know.

“All my focus is on this campaign and trying to win it and trying to do a good job as captain, make sure we’re better as a team off the back of it.

“I was so excited to get into camp. It was a great place to be in November (for the Autumn Nations Cup) and now hopefully we can keep it like that but have a couple of extra results go our way.

“To win some silverware is where we want to be at the end of this tournament.”

Former British and Irish Lion Sexton has previously spoken of his ambition to play at the 2023 World Cup in France, by which time he will be 38.

In addition to successes on the international stage, the 2018 World Rugby Player of the Year has won five PRO14 titles and the Heineken Champions Cup four times with Leinster.

He is hopeful of being fit for Ireland’s Six Nations opener away to Wales on February 7th, having limped off last weekend during his province’s win over Munster due to a problem deemed “not major”.

Damaging away defeats to England and France caused Andy Farrell’s men to finish third in the 2020 Championship.

Sexton, who has 95 Test caps for Ireland, is determined there will still be plenty to play for when Eddie Jones’ reigning champions visit Dublin on the final weekend.

“England are probably the one team we haven’t thought about at all because they’re our last game,” he said.

“It will be a good barometer when it comes to it about how much we’ve improved.

“For us now, it’s about making sure that game against England there is something on the line, because that’s where we were last year, playing against France for a championship and we didn’t turn up on the day and we want to put that right.”