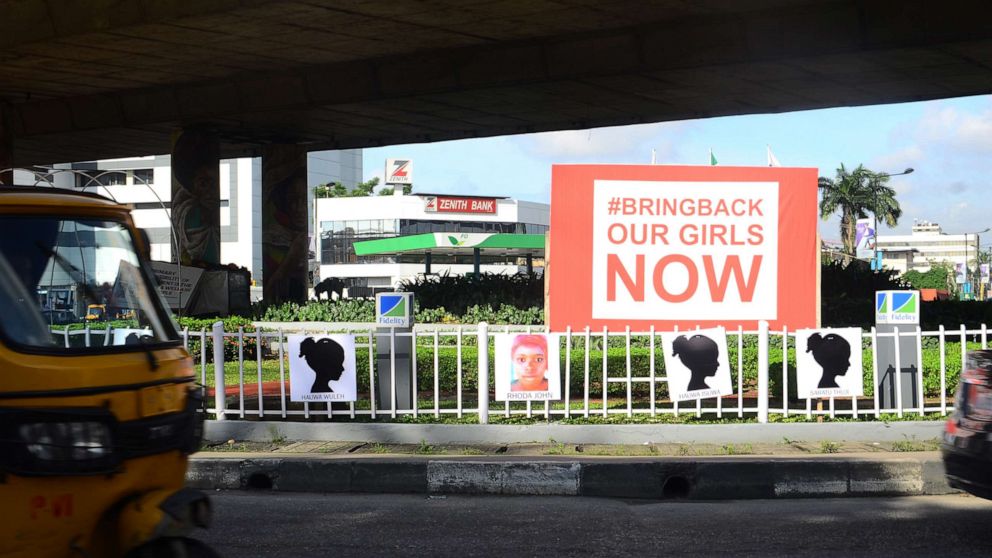 LONDON and MAIDUGURI — Nearly seven years after Boko Haram militants snatched them from their dormitory beds in the northeast Nigerian town of Chibok, more of the missing schoolgirls are said to be returning home.

Emmanuel Ogebe, a Nigerian human rights lawyer who practices in the United States and has previously worked with some of the freed girls and their families, said a parent told him that his daughter and others have escaped their captors.

“Mr. Ali Maiyanga’s two daughters were part of the few Muslim schoolgirls taken with the majority Christian Chibok girls. Information currently available to us indicates that there are other escapees with the army whom parents are anxiously waiting to identify,” Ogebe said in a statement to ABC News late Thursday. “We spoke and confirmed from Mr. Ali Maiyanga moments ago that he in fact spoke with his daughter today, who informed him that she along with others were rescued. Her sister who escaped four years ago and is on school break was overjoyed at the news of her sibling’s escape.”

Lawal Zannah, secretary of the Chibok Parents Association whose daughter was among those abducted, also confirmed the news.

“We heard that some of our girls have escaped from the forest, but we are yet to get the detail about their number,” Zannah told reporters Thursday evening.

“We were told they are currently with the security operatives. We are yet to know the numbers, but we are happy that some of them escaped,” Mutta told reporters Friday. “So many other parents and relatives are coming from Chibok with hopes of meeting their daughters. Again, hope is risen that we can have some of them back again.”

Nigerian authorities have not yet released a statement confirming the matter. ABC News has reached out to the Nigerian Army as well as local government officials.

In April 2014, members of the jihadist group Boko Haram ambushed an all-girls boarding school in Chibok in the middle of the night and kidnapped 276 students before vanishing into the forest. Some of the girls managed to escape on their own, while others were later rescued or freed following negotiations. But the fate of many has remained unknown.

Boko Haram, whose name in the local Hausa language roughly translates to “Western education is forbidden,” has waged a brutal insurgency in northeastern Nigeria since 2009. The group seeks to establish an Islamic state there, though it has spread its terror across the region’s mountainous borders over the years into Niger, Chad and Cameroon, all of which surround the Lake Chad Basin, where millions have been affected by the violence, according to the United Nations.

Boko Haram pledged allegiance to ISIS in 2015. Its leader, Abubakar Shekau, and several commanders split from the group in 2016 over ideological differences and formed their own faction.

Boko Haram’s uprising was fueled largely through the group’s systematic campaign of abducting children and forcing thousands of girls and boys into their ranks, according to a 2017 report by the United Nations Children’s Fund (UNICEF). The group has been targeting Nigerian schools for a number of years, with the Chibok attack being the most well-known and widely publicized.

The kidnapping in Chibok shocked the world and led to the launch of a social media campaign in which millions of people around the globe, including high-profile political figures and celebrities, called for the girls’ rescue by tweeting the hashtag #BringBackOurGirls. However, there has been little political action.