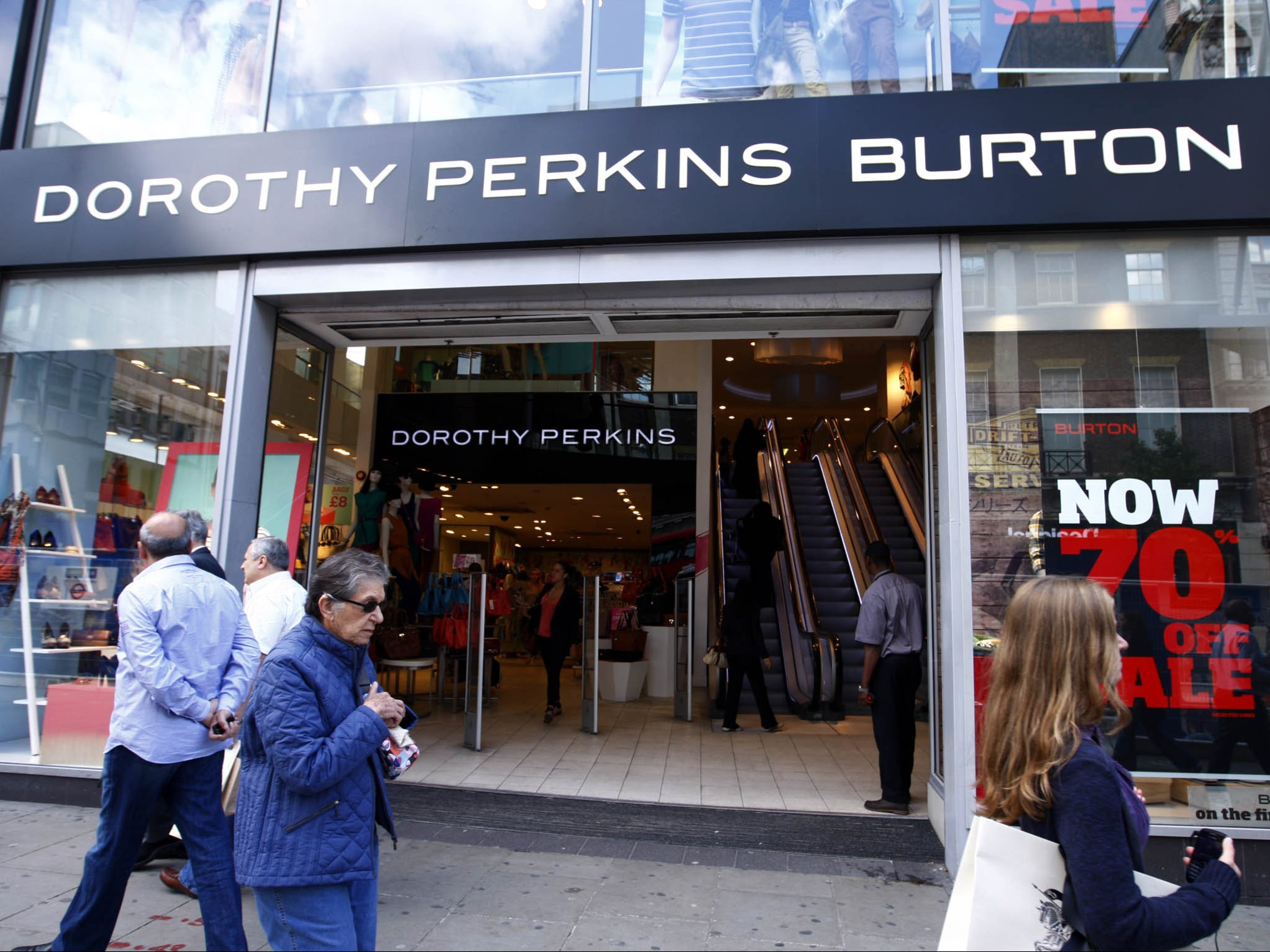 Boohoo is in negotiations to buy parts of the fallen shopping empire owned by Sir Phillip Green – in a further sign of the online fashion retailer’s vanquishing of its high street competitors.

The internet firm, which was only founded in 2006 but by 2019 was selling more than £850m of clothes each year, confirmed in a statement it was in exclusive talks with administrators over the purchase of the Dorothy Perkins, Wallis and Burton brands.

All three are part of Sir Phillip’s once-mighty Arcadia group, which fell into administration in November last year.

“The group confirms that it is in exclusive discussions with the administrators of Arcadia over the acquisition of the Dorothy Perkins, Wallis and Burton (excluding HIIT) brands,” Boohoo said in a statement on Friday morning.

“These discussions may or may not result in agreement of a transaction. A further announcement will be made when appropriate.”

According to reports by Sky News, Boohoo anticipates paying about £25m for the three brands if the deal goes through.

The news came days after Boohoo completed the purchase of another troubled rival, the department store Debenhams.

“Our ambition is to create the UK’s largest marketplace,” said Boohoo’s executive chairman Mahmud Kamani at the time.

“Our acquisition of the Debenhams brand is strategically significant as it represents a huge step which accelerates our ambition to be a leader, not just in fashion e-commerce, but in new categories including beauty, sport and homeware.”

Boohoo’s online rival Asos is also in exclusive talks to buy other parts of the Arcadia empire, including Topshop, Topman, Miss Selfridge and HIIT.

The carve-up of what was once one of Britain’s most successful high street fashion groups by two online-only firms underlines the pressures faced by the UK high street, which was already struggling to compete with their internet-based rivals before the coronavirus pandemic forced shops to close.

The collapse of Debenhams and Arcadia also means there could be as much as 1.3 million sq metres of retail space becoming available, as neither Asos nor Boohoo wish to take on the physical stores.

Boohoo has come under increased scrutiny and criticism in recent months, after a series of investigations into the fast-fashion giant’s UK factories raised concerns over poor working conditions and low rates of pay.

A Sunday Times investigation last summer revealed workers in the firm’s Leicester factories were being paid as little as £3.50 an hour – roughly half the legal minimum wage.

A review commissioned by the company found senior Boohoo directors knew about the problems long before the newspaper exposed them.