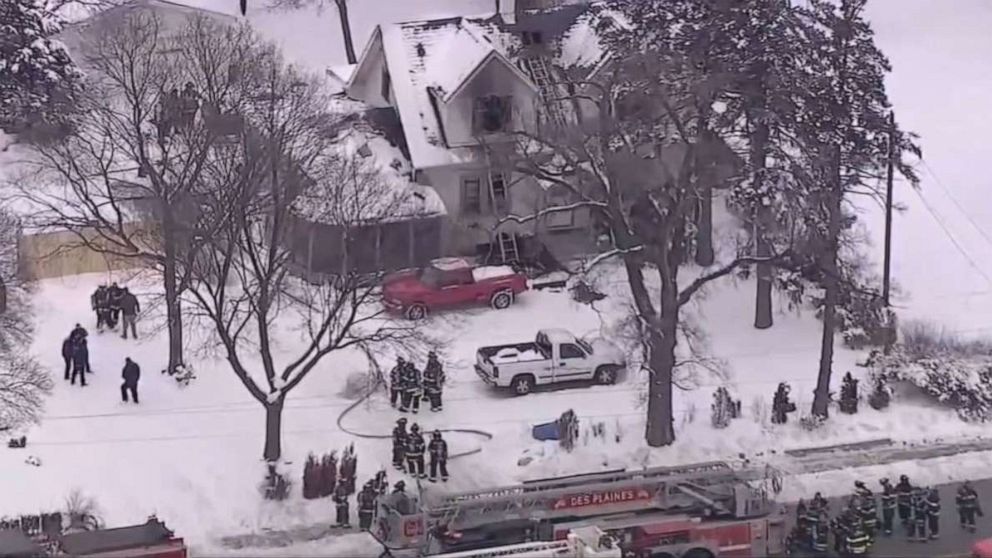 A 25-year-old mother and her four young daughters have been killed after a house fire ravaged their family home.

Inside the home at the time was a 25-year-old mother along with her four young daughters – aged six, five, three and one – while the father was at work, according to ABC News’ Chicago station WLS-TV.

Firefighters who responded to the fire entered the burning property and located the occupants on the second floor of the house.

“We’re telling them, ‘There is kids up there, kids up there,'” Merrero said. “They’re trying to kick the door down, but the door wasn’t coming down … one of the firefighters comes out with one of the girls in his hand and she’s blackened by all the smoke and all the stuff. She is semi-conscious. A minute or two goes by, there’s another one that comes out in the same condition.”

Des Plaines Fire Department said that the children were immediately transported to Advocate Lutheran General Hospital but were later pronounced dead. The mother was pronounced dead at the scene of the fire.

Fire Chief Daniel Anderson said, “In my 30+ years of fire service, this is the most difficult scene I’ve responded to. Any loss is tragic, but losing four young children is truly heart-breaking for our department and the entire community … We know this can be traumatic for our personnel. We’ve offered additional resources to help our personnel during this time. We also want to thank our neighboring fire departments for their support in responding to this incident.”

WLS said that, according to the Cook County medical examiner’s office, the four sisters who died have been identified as Grace Espinosa, 1, Allizon V. Espinosa, 3, Genesis A. Espinosa, 5, and Renata P. Espinosa, 6. The mother was named as Citahaly Zamiodo, 25.

“I was shocked,” said Yein Espinosa, an uncle to the four girls and whose brother lost his daughters in the fire. “I was worried about the kids, the girls, pretty much and everyone who was inside. Where are they? What happened to them? … They were awesome kids, full of happiness and playing around.”

The Des Plaines Fire Department is currently conducting an investigation into what exactly caused the fire along with the Illinois Office of the State Fire Marshal and a regional task force under the City’s mutual aid system. It is unclear if the property had functional smoke detectors.

Said Des Plaines Mayor Matt Bogusz: “This is a very sad day for the City of Des Plaines. This kind of tragedy touches the heart of every Des Plaines resident. The City and the Des Plaines community grieve with this family and offer our support in any way we can.”