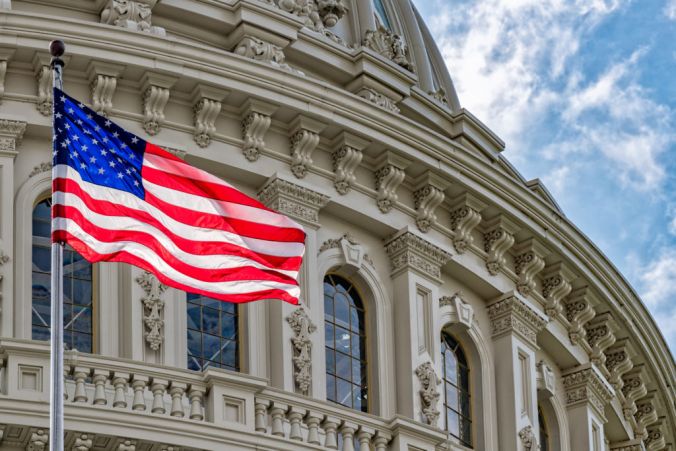 It is often said that the states of America are less like different regions of a country and more like miniature nations in themselves. From the cattle ranches of Texas to the crowded cab ranks of Manhattan, the snow-prone pines of New England to the palm-flanked beaches of Hawaii, the US covers an extraordinary range of climates and cultures, and many states have very strong senses of their own identities.

Here is one fun fact about each of them…

Alabama has some strange laws. It is forbidden to put an ice cream in your back pocket – a method once used by thieves to lure horses away on the quiet.

Alaska has a well-earned reputation for massive vegetables, thanks to summers boasting 20 hours of sunshine a day. Recent offerings include a 138 lb cabbage, a 65 lb cantaloupe, and a 35 lb head of broccoli.

Arizona‘s saguaro cacti are practically synonymous with the state, and take so long to grow that you can go to prison for felling one, and be fined up to $5,000 for damage.

Arkansas contains the only operational diamond mine in the US, and has sourced such famous gems as the “Uncle Sam” diamond, a 40.23-carat monster unearthed in 1924.

California‘s GDP is so massive ($3.1 trillion as of the third quarter of 2020), that it equates roughly to the GDPs of the bottom 26 states combined.

Colorado is the only state ever to have turned down the Olympics. Denver was offered the Winter Olympics in 1976, but concerns over cost and pollution led residents at the last minute to vote against hosting the event.

Connecticut is the official birthplace of the hamburger, according to the Library of Congress. Devised in the Louis’ Lunch diner in New Haven, the breakthrough came when owner Louis Lassen adapted his usual steak sandwiches for a customer demanding lunch ‘to go’.

Delaware was the first official state. It was first to ratify the US constitution in 1787.

Florida is the only place in the world to house both alligators and crocodiles, which circle each other warily in the state’s southern swampland.

Georgia is the only state to have an official ‘state possum’, a cartoon rodent named Pogo, who was formerly adopted following a vote in the Georgia General Assembly in 1992.

Hawaii has comfortably the highest life expectancy of any US state, beating California and Minnesota to take top spot for the umpteenth year in a row.

Illinois hosted what is widely considered the world’s first skyscraper, the 10-storey, 42-metre Home Insurance Building in Chicago, built in 1885 with a pioneering framework of steel beams. It was demolished in 1931.

Indiana bears the official motto “The Crossroads of America”, as it contains more interstate highway per square mile than any other state.

Iowa‘s state bird is the goldfinch, so it ruffled a few feathers when Hollywood A-lister Rob Lowe played a charity golf tournament there in 2006, and accidentally killed one with his ball mid-flight. Actuaries for the tournament’s insurance company proceeded to estimate the likelihood of a golf ball felling a finch – apparently around 747 million to one.

Kansas really is as flat as a pancake, or maybe even flatter. In 2003 a team of scientists set out to topographically compare the two, and while a run-of-the-mill pancake notched a “pretty flat” score of 0.957, Kansas returned an extremely flat rating of 0.9997. The state is so flat that conventional software gave it a too-good-to-be-true perfect flatness value of one.

Kentucky contains the largest cave system on Earth, the UNESCO-listed Mammoth Cave wrought from labyrinthine limestone. More than 400 miles of tunnel have been surveyed to date, with up to 600 more miles still unexplored.

Louisiana contains the grave of Nicolas Cage – even though the actor is still alive. Large parts of the state lie below sea level, so the dead are often laid to rest above ground, and Cage has pre-purchased a pyramid-shaped mausoleum in New Orleans.

Maine is the source for 90% of the US lobster harvest – around 40 million tonnes each year.

Maryland boasts such varied topography that it is often called “Little America” or “America in Miniature”. There are sand dunes to the east, marshlands and cypress groves to the west, rolling hills and woodland to the south, and pine-covered mountains to the north.

Massachusetts houses the longest place name in the US and sixth longest globally, a lake called… *deep breath* Chargoggagoggman-chauggagoggchaubunagung-amaugg. It’s so hard to spell that until 2009 some of its own signs contained typos.

Michigan contains a town quite literally named ‘Hell’. How the name came to be is disputed: one theory holds that settler George Reeves was asked his thoughts on a name, and replied, “Name it Hell for all I care”. Another that the early explorers really didn’t like the abundance of mosquitos.

Minnesota state capital Minneapolis endures such brutal winters that pedestrians navigate the city through 9.5 miles of skyway – enclosed, climate-controlled corridors above the roads, connecting 80 blocks worth of shops, offices, government buildings, and apartments.

Mississippi gave the world the phrase “teddy bear”, when President Teddy Roosevelt refused to kill a trapped bear during a hunting trip near Onward, Mississippi in 1902.

Missouri derives its name from the Siouan language of the local Missouria Indians, and literally means “he of the big canoe.”

Montana is known for meteorological extremes, and holds the world record for the largest temperature change in 24 hours. Between January 14 and 15 1972, the town of Loma warmed from an excruciating -47.7°C to a balmy 9.4°C – a swing of 57.2°C.

Nebraska boasts the world’s only roller skating museum in state capital Lincoln. Exhibits include ancient skates from the 1820s, and photos of pre-war roller derbies.

Nevada has the dubious distinction of having been hit by more nuclear blasts than almost anywhere else on Earth. Between 1951 and 1992 more than 1,000 nuclear explosions rocked a test site in the Mojave Desert, just 65 miles from Las Vegas.

New Hampshire can, in a roundabout way, claim to have brought peace to both Russia and Japan. In 1905 the Treaty of Portsmouth brought an end to the Russo-Japanese War, and was mediated by Theodore Roosevelt in Portsmouth, New Hampshire. It remains the only occasion a foreign war has been concluded on US soil.

New Jersey is extremely urban. The only state in the US in which every county is classified as a metropolitan area, nearly 95% of New Jersey natives live in cities at a density of 1,218 people per square mile. Both figures are national highs.

New Mexico became the first state to adopt an official ‘state question’ in 1996. ‘Red or green?’ refers to which colour chili sauce you’d prefer in one of the state’s may diners. If you answer ‘Christmas’, you apparently get both.

New York‘s titular city houses the Federal Reserve Bank, which contains in its vaults roughly 7,000 tons of gold bars – around 5% of all the gold ever mined.

North Carolina was the site of the Wright Brothers’ famous first flight in 1903. The pair made history by taking off and touching down in a motor-operated aircraft outside the modern-day town of Kill Devil Hills.

Ohio has the only flag in the United States that isn’t a rectangle. Known as a “burgee” or “swallowtail”, the stars-and-stripes themed standard looks like an isosceles triangle with the top snipped off.

Oklahoma holds the unusual honour of hosting the world’s only Cow Chip Throwing Tournament, every April in the town of Beaver. A ‘cow chip’ is a dried frisbee of bovine excrement, and whoever tosses it furthest wins.

Pennsylvania hosted America’s (and the world’s) first baseball stadium when Forbes Field was built in the Oakland neighbourhood of Pittsburgh in 1909.

Rhode Island is absolutely tiny. The entire state could fit inside a single Texan ranch – the 825,000 acre King Ranch between Corpus Christi and Brownsville.

Tennessee has no fewer than ten official state songs, including a waltz, a rap, a ballad named ‘Smoky Mountain Rain’, and two songs titled simply ‘Tennessee’.

Texas plays host to a dialect of German spoken nowhere else on Earth. Known as “Texas German”, it arrived with an influx of German immigrants in the mid-19th century and can still be heard in several towns around Fredericksburg.

Utah state capital Salt Lake City lives up to its name and then some. The titular Great Salt Lake is the largest saline lake in the western hemisphere, and is roughly four times saltier than the sea.

Vermont was briefly its own country before joining the United States. Between 1777 and 1791 the Vermont Republic had its own currency, military and postal service, and outlawed slavery.

Virginia is nicknamed ‘the Mother of Presidents’, having sourced the joint-most of any state (eight), and four of the first five.

Washington contains the world’s largest building by some margin – the Boeing aircraft manufacturing plant in Everett. At 3.5 billion gallons total volume, it’s more than a billion gallons ahead of the building in second.

West Virginia is widely associated with the American Civil War, as the war’s first fully-fledged land engagement, the Battle of Philippi, took place there in 1861.

Wisconsin gave the world the first ever commercial typewriter, patented in Milwaukee in 1868, and first sold in 1874. It already had a QWERTY keyboard.

Wyoming only has two escalators, both in the city of Casper – the same number it has senators.