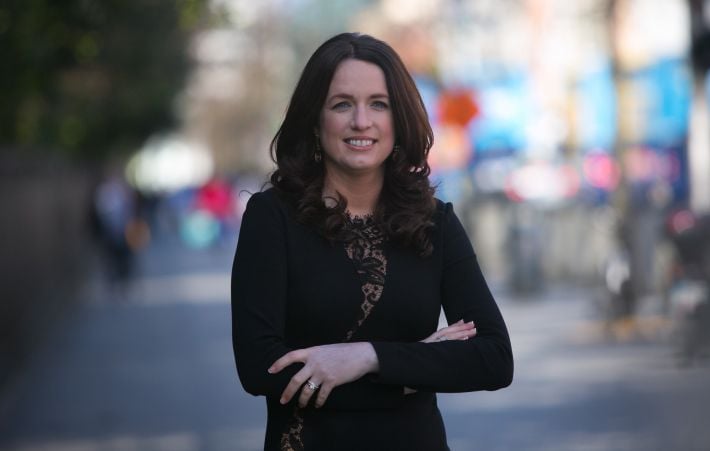 At a later date, there should be disclosure of details of an employment termination agreement negotiated by two directors of the group, Ramona Nicholas (above), a former presenter of RTE’s Dragons Den, and her husband Canice

A High Court judge has approved a survival scheme for the Cara group of pharmacies which will see more than 150 jobs retained and more than €14 million invested in the group.

Mr Justice Denis McDonald said today he was satisfied the relevant statutory requirements were met for him to approve the scheme for ten group companies, with the effect they will exit examinership on Monday.

The judge will issue a written judgment on a later date giving reasons for his decision. That will also address whether there should be disclosure of details of an employment termination agreement negotiated by two directors of the group, Ramona Nicholas, a former presenter of RTE’s Dragons Den, and her husband Canice, with Renrew Ltd, which is investing more than €14 million in the group.

The couple have requested the court to keep the agreement details confidential.

The judge said he cannot give a commitment concerning confidentiality until he has examined the details of the agreement, which has been provided to the court at its request.

In approving the survival scheme, the judge praised the HSE for its efforts to allocate Community Pharmacy Contracts to the companies and the Revenue for its pragmatic approach to issues, including providing a temporary tax clearance certificate, out of concerns to preserve employment.

He also praised the examiner, Ken Tyrell of PwC, for the work involved in bringing the matter to a successful conclusion and saving a significant number of “very important” jobs.

Last September, the court confirmed the appointment of Mr Tyrell as examiner following an earlier application by the group’s lender and largest creditor, Elm Corporate Credit.

Neil Steen SC, for the examiner, subsequently got court permission to negotiate and execute an investment agreement as part of a survival scheme. The court heard there had been 17 expressions of interest from potential investors.