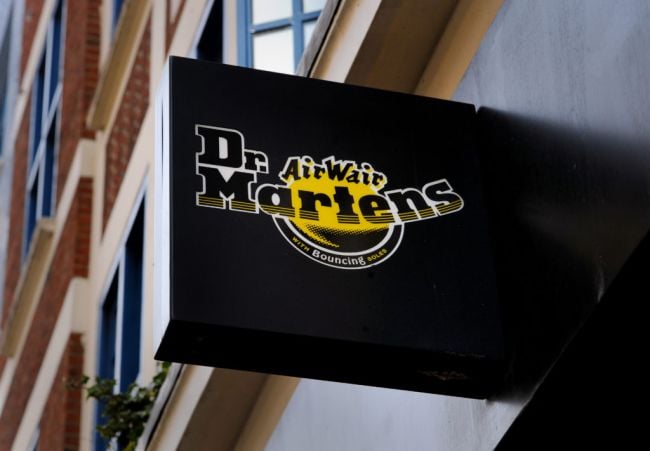 The iconic bovver boot is set to make its debut on the stock market for the first time; iconic brand Dr Martens is currently looking at a valuation of €4 billion.

Loved by celebs, fashionistas, rebels and countless rock stars along, traditionally, with the general workforce, Dr Martens are already sold in more than 60 countries, and sell around 11 million pairs a year.

A look not exclusive to any class, gender or group, DMs are built to last. We took a look back at the boots’ long and brilliant history…

The famous air cushioned sole was designed by Dr Klaus Maertens, a 25-year-old doctor and German soldier convalescing from a broken foot. Standard issue military boots were uncomfortable, and he wanted a shoe that would ease the pressure on his foot and aid his recovery.

He showed a prototype that featured an air-cushioned sole, to an old university friend – a mechanical engineer – and the two went into partnership. The original models were made from leftover military supplies and within 10 years they had a booming business, with a large proportion of sales actually going to older women.

In 1960 in England, a member of a Northampton-based family-run boot manufacturer called Griggs saw an advertisement for Maertens’ revolutionary footwear, and nabbed the rights.

The classic leather, eight-holed boot with its distinctive yellow welt stitch and two-toned grooved sole edge started to take shape, and launched on April 1, 1960 – they were named after the date: 1460 Dr Martens.

From there, the functional £2 (what a bargain!) work-boot began to bridge the gap between Britain’s working classes and those who identified as anti-establishment and non-conformist. Pete Townshend of the Who massively championed them, rocking the music world with his ‘Docs’ on stage in 1967.

He even credited his boots in a track, Uniform: “It don’t matter where you’re from, what matters is your ­uniform. Wear your braces ’round your seat, Dr Martens on your feet.”

Townshend still wears Dr Martens, and in 2019 the company released the Dr Martens Who collection in his honour.

While the style of boot didn’t change much, its customer did. The Punk movement quickly adopted them, along with goths, skinheads and rebellious teenagers – they became the must-have shoes amongst subcultures.

Social unrest swept Britain in the Eighties but between the disaffected youth and the miners’ riots, Dr Martens also started to gain ground in the US, and with young women. Not to be outdone by the boys, girls (who hadn’t been catered for in the beginning) became enamoured with Dr Martens and started buying them in small men’s sizes, customizing them with flowers or graffiti and in the latter half of the decade, the grunge movement got involved too.

With Kurt Cobain and Courtney Love hitting the headlines and their music dominating the airwaves, in spring 1993, designer Marc Jacobs decided to shock the establishment and paraded models down the catwalk in slip dresses, knitted skullcaps and DMs. Consequently, they became more mainstream.

At the start, their popularity dipped, but by 2003 more high end designers started to reinterpret the classic 1460 boot and customising it.

In 2010, Dr Martens celebrated their 50th anniversary with a diverse range of boots and shoes with as much pulling power as its first ankle boot – but its black and cherry-red 1460s are still its best selling style.

In 2020, 27 years after their first collaboration with Marc Jacobs, and to celebrate their 60th anniversary, they partnered with Jacobs again to create the Dr Martens x Marc Jacobs collection and their first vegan 1460 Remastered boot with antique gold trinkets and cameos. Beauty and utility.