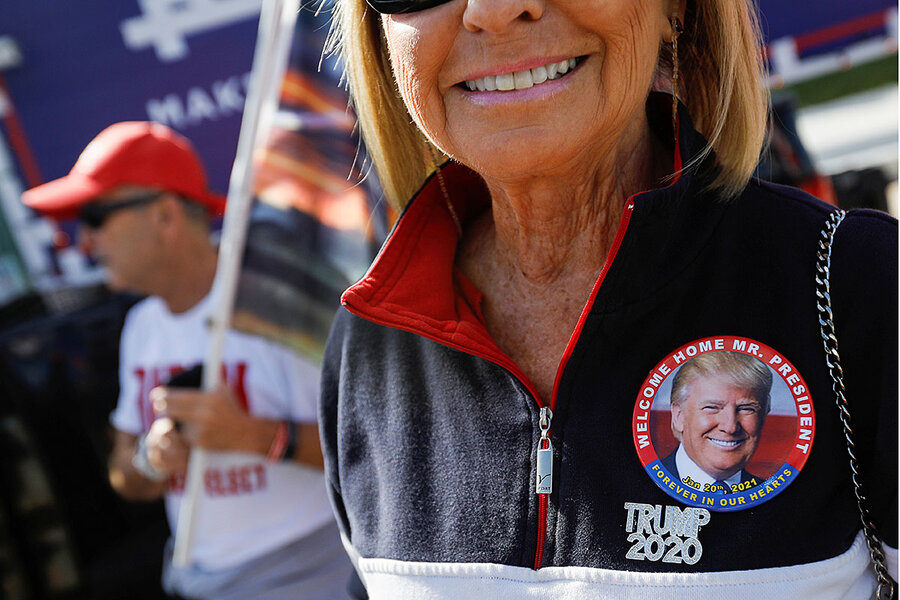 Don’t let the eerie quiet of a Trump-free Twitter fool you. One week out of office, former President Donald Trump is still very much with us. He’s set up an office in Florida, and remains highly involved in Republican politics.

The suggestion that former President Trump might start his own party? Not happening, at least for now, senior adviser Jason Miller tells CNN. The former president “has made clear his goal is to win back the House and Senate for Republicans in 2022,” Mr. Miller says.

Mr. Trump is also throwing his weight around in state GOP politics. He endorsed the Arizona party chair, Kelli Ward, in her successful bid for reelection; she’s known, most recently, for vocally supporting Mr. Trump’s false claim that the 2020 election was “stolen.” The ex-president has also endorsed former press secretary Sarah Huckabee Sanders for governor of Arkansas.

Mr. Trump’s political action committee, Save America, reportedly has more than $70 million in its war chest. But his favored vehicle for exerting pressure, especially without Twitter, may still be the phone.

It’s been two weeks since Mr. Trump’s historic second impeachment, following the Jan. 6 riot in the Capitol that Democrats (and a few Republicans) say he helped incite. And in the runup to his Senate trial next month, the former president is monitoring which Republicans are still with him and has issued “unsubtle warnings to Republican senators that he will ruin them politically” if they vote to convict, The Washington Times reports.

Sen. Kevin Cramer of North Dakota got a call from a Trump aide Saturday, the senator told reporters. The message was simply that Mr. Trump was still a Republican and to please help squash the “rumors” of a third party.

“I was happy to spread the message,” Senator Cramer said, according to the Times. “For sure, I’ve gotten plenty of blowback back home for not being sufficiently loyal to Donald Trump, and it does seem a bit crazy.”

After the Capitol riot, Mr. Cramer had been critical of Mr. Trump, and as recently as Tuesday, he called the then-president’s Jan. 6 comments “reckless.” But in a Senate vote Tuesday on whether to dismiss the impeachment trial, only five Republicans voted no; Mr. Cramer was not among them. That vote was a strong signal that the Senate will fall far short of the 17 Republicans needed (plus all 50 Democrats) to convict the former president.

In the House, primary challengers are lining up to run against the 10 Republicans who voted Jan. 13 to impeach Mr. Trump – including the chamber’s No. 3 leader, Rep. Liz Cheney of Wyoming. Many incumbents could survive the primary, if they face multiple opponents. But the message is clear: You cross Mr. Trump at your peril.