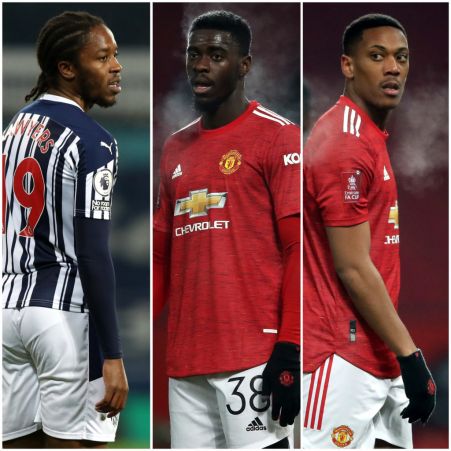 The Premier League has demanded social media companies do more to stamp out racism as it condemned the abuse directed at West Brom’s Romaine Sawyers and Manchester United pair Axel Tuanzebe and Anthony Martial this week.

Premier League chief executive Richard Masters said: “I am appalled to see the racial abuse received by players this week.

The #PL and our clubs will not tolerate discrimination. We will continue to work with the police, @cpsuk, @kickitout, @thepfa, @LMA_Managers, @FA, @EFL & social media companies to take action against online hate.

“Racist behaviour of any form is unacceptable and nobody should have to deal with it.

“Tackling online hate is a priority for football, and I believe social media companies need to do more.”

Masters said the Premier League is in “regular dialogue” with social media companies, with regard to establishing a means to respond faster and more seriously to discriminatory posts of the type seen this week.

West Bromwich Albion has, and always will, stand against all forms of discrimination.

There is simply no place for it.

Masters added: “We are in regular dialogue with social media companies, challenging them to do more against discriminatory abuse on their platforms. We want to see swifter removal of offensive messages and improved identification and banning of offenders.”

Sawyers was at fault for City’s third goal as the Baggies, second bottom of the Premier League, were thumped at The Hawthorns.

“Everyone at the club is appalled by the abhorrent message which was sent during Tuesday’s Premier League fixture against Manchester City.

“The club has a proud history of confronting all forms of discrimination and will assist the authorities with their inquiries, seeking the toughest available legal punishment, as well as a lifetime ban from The Hawthorns for the individual responsible.

“Albion will offer Romaine the relevant support required at this time and continues with its long-standing commitment to help rid football of racism.

“There is No Room For Racism. Anywhere.”

Troy Townsend, head of development at anti-racism charity Kick It Out, has reached out to Sawyers to offer his support while Albion boss Sam Allardyce joined the calls for action.

He said: “It leaves a big question about whether reporting it is enough. Romaine – or any black person across the country – should not have to be open to any type of abuse on social media.

“He is extremely upset as anybody would be. More than Romaine have suffered throughout football in the last few days.

“It does become a greater thing to put right but who does it lie with? Should a player take legal action? That is an avenue for the PFA and all the players to get together about and choose the right way to go. How do we hold people accountable?

Then, now and always.

“Social media sites need to act in a more responsible way. We have to do our best to cut this out.”

It came after Manchester United condemned the “mindless idiots” who racially abused Tuanzebe and Martial.

Solskjaer on racist abuse of Tuanzebe & Martial: "It's just incredible that we have these scenes still or abuse in 2021. It's disgusting…. they're not Man United fans in my head anyway when this happens. We're all standing behind every single one of our players" #MUFC

“I think the social media platforms need to be looked at, yeah,” the United boss added.

“If you can create an anonymous account and you can abuse people, of course it’s not right.

“We’ll work together with everyone to stop this nonsense.”