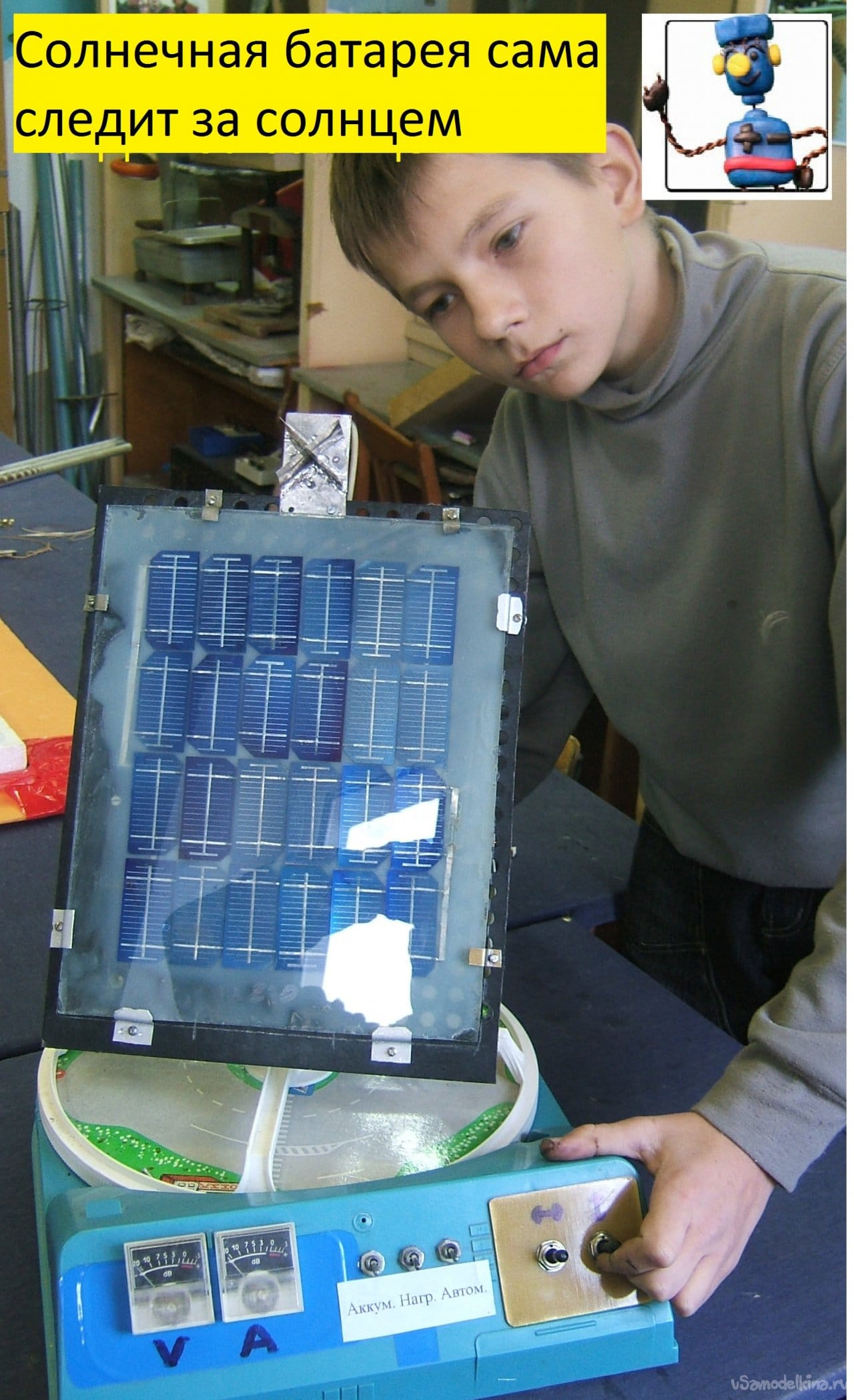 In the publication “ Sun tracking device ” by the well-known author DIMON-BIDON describes an electronic circuit that could be part of the so-called. Solar Tracker ”, However, this circuit controls the adjustment of the position of the solar array (SB) in only one plane. Perhaps this is acceptable somewhere on the equator, where the Sun rises strictly in the east, passes through the zenith and sets in the west, and there are some fluctuations there. In our latitudes, where the trajectory of the luminary changes daily , this scheme is nothing more than a toy. Here is our development, a working model of a solar power plant with two-coordinate control of the SB position.
The basis of this design is a solar battery used in mobile electric shepherds. 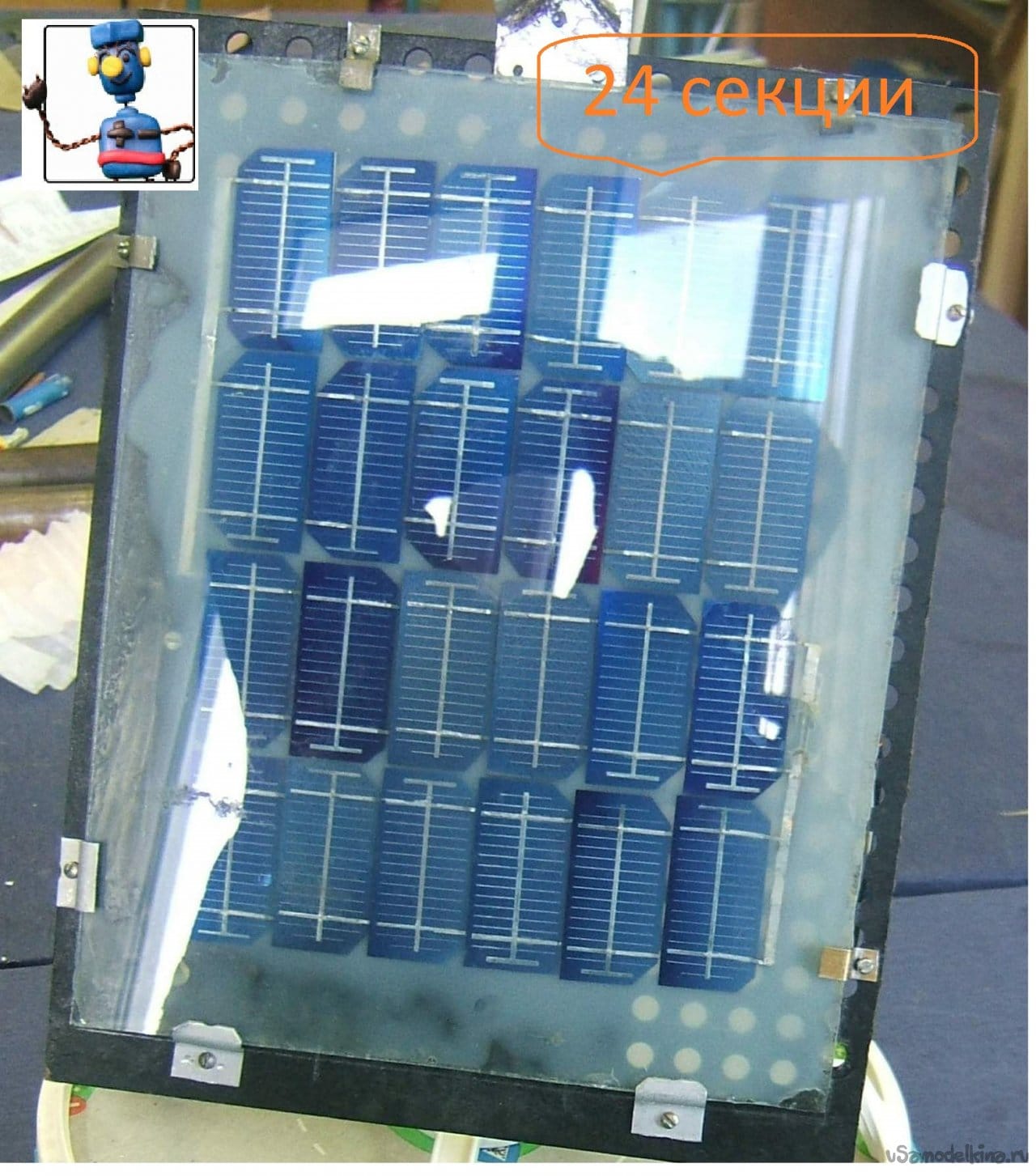 To orient it relative to the sun in a horizontal plane, a movable base from the children's game “Behind the wheel” was used with the replacement of the too fast electric motor with a reversible drive with a gearbox. 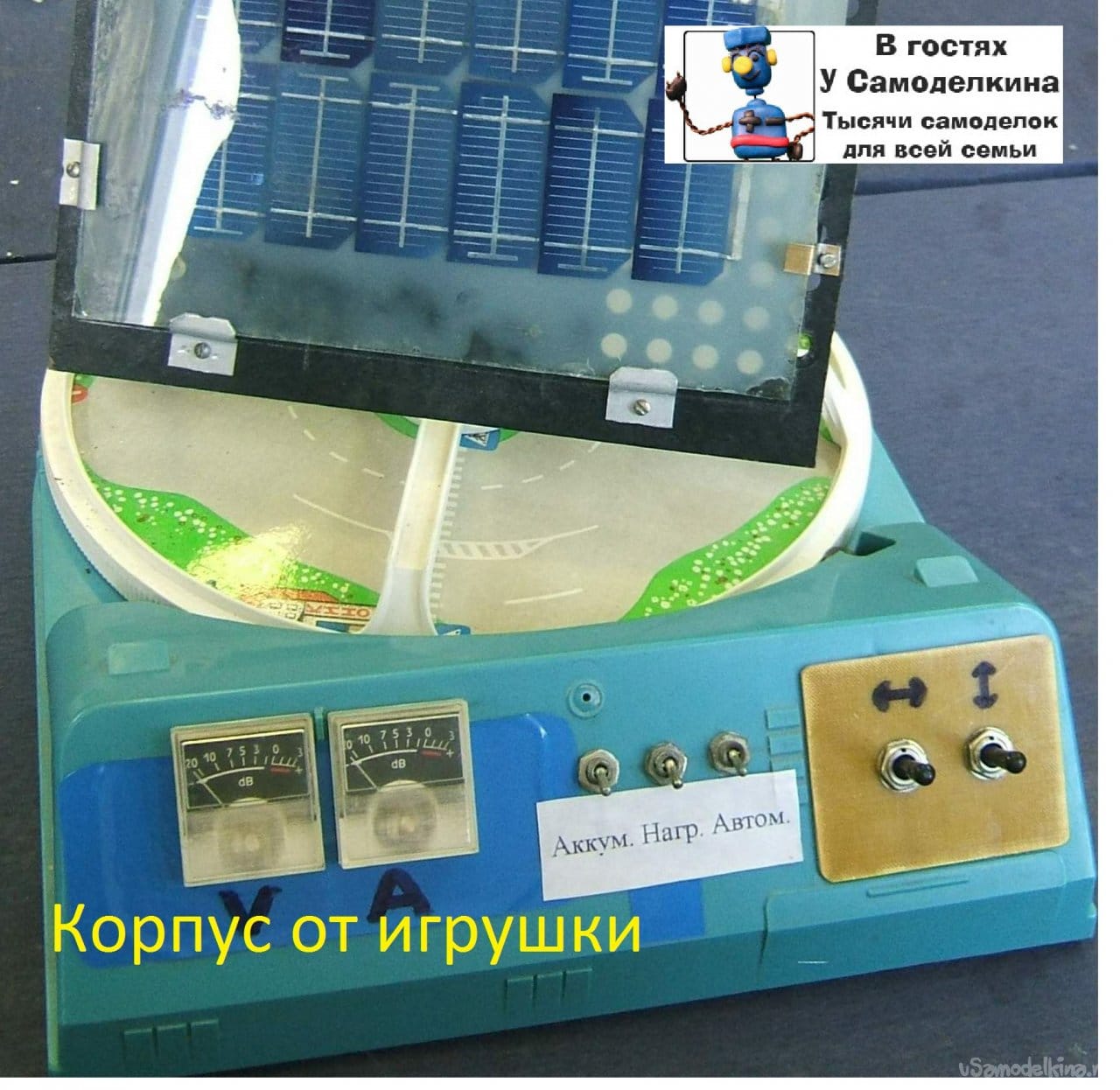 Rotation transmission produced with a rubber roller.
In the vertical plane, the SB is induced by the download drive from the video recorder. 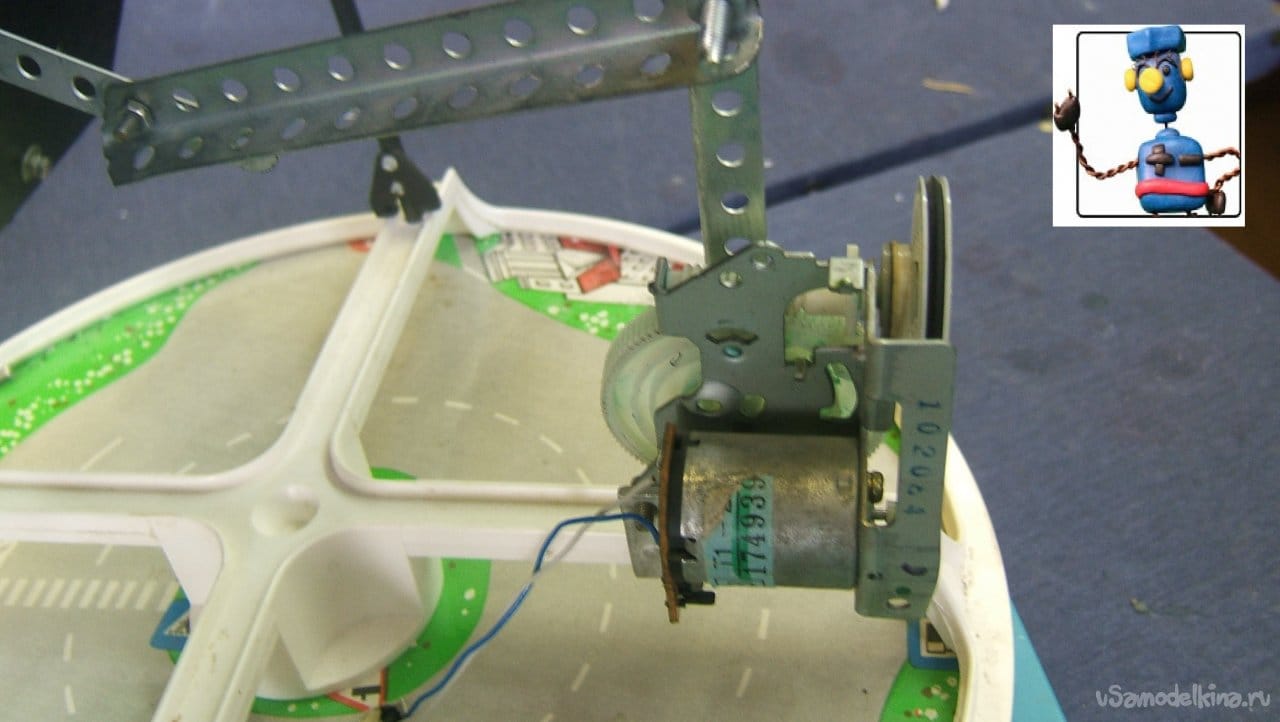 It was necessary to remove the mechanical travel stops. 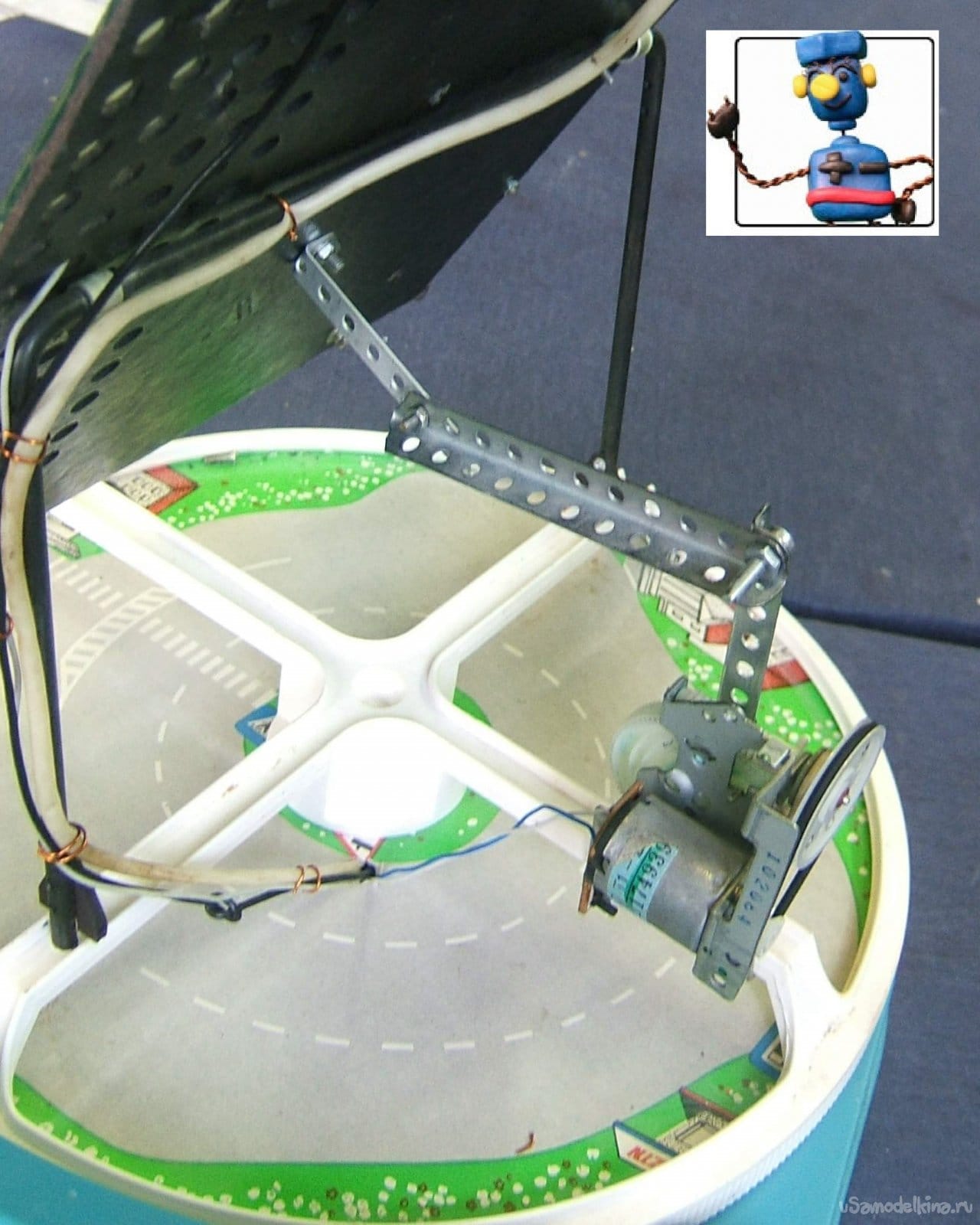 Two dial gauges are used to control the voltage and current output from the SB. Because the setting is made according to the maximum deviation of the arrow, and not according to the absolute value of the parameter, calibration was not carried out, the devices operate in indicator mode. 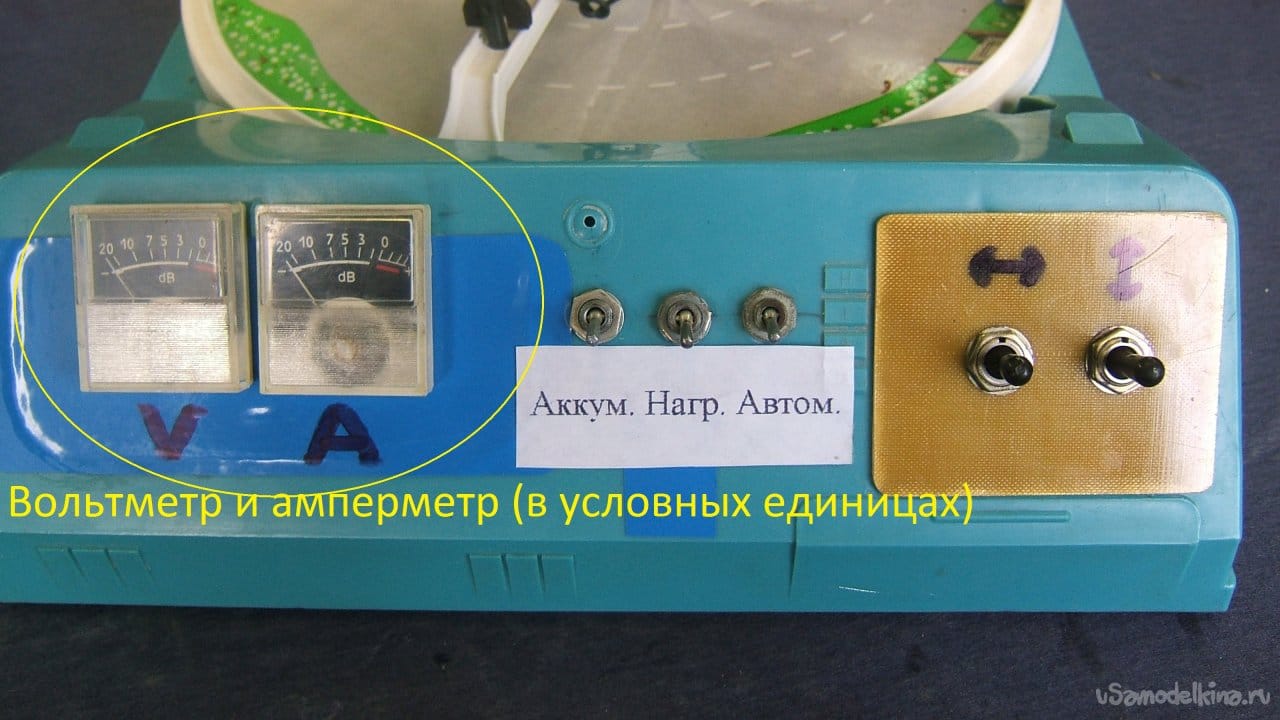 Light sensors along both coordinates – horizontal and vertical – there are 4 identical photoresistors, fixed on the upper part of the structure. 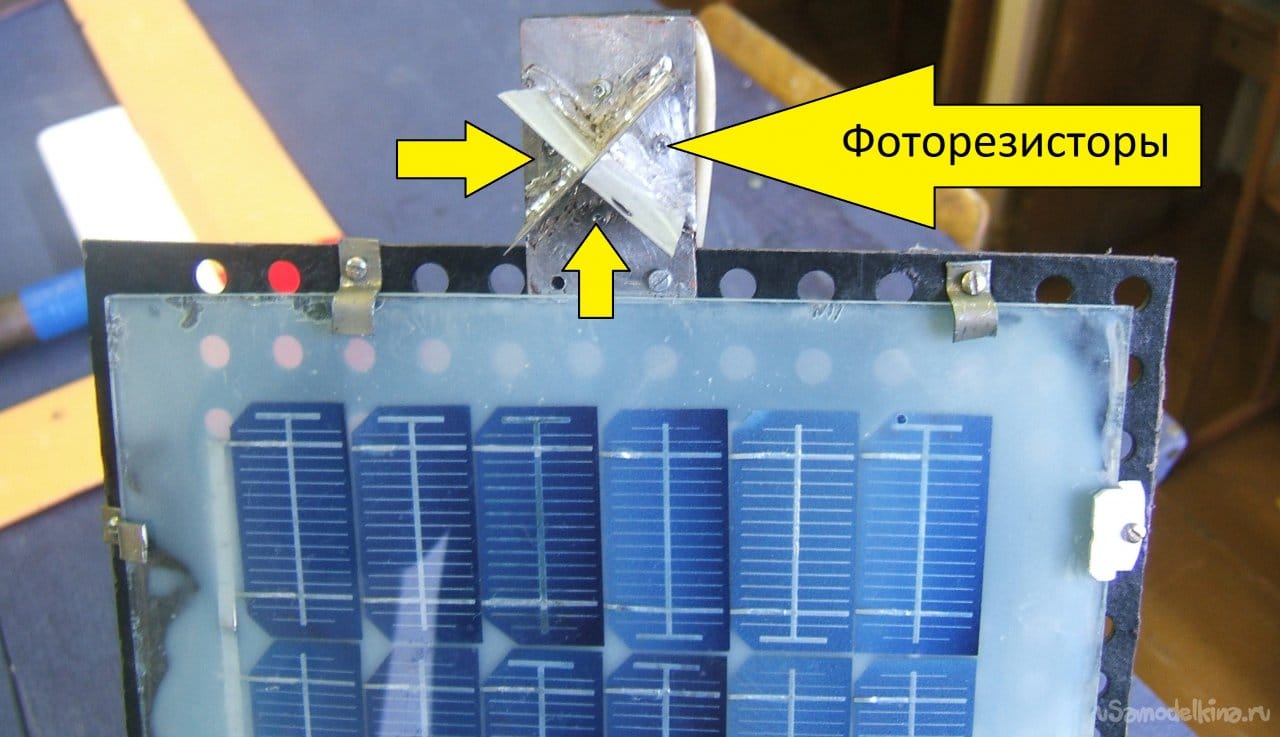 This is followed by a comparator – the basis of the circuit. Zener diode VD1 is required for guaranteed closing of the transistor.

The dual comparator provides reversal and the necessary hysteresis, “dead zone”, otherwise the position correction will be continuous.

Diagram of one of the two automation units, on the next. scheme, its designation is BA. The motor is controlled by a bridge circuit.

Full layout scheme. Here S3 and S4 are limit switches that prevent the extreme slope of the SB.
When setting up the SB manually, with the help of switches, it aims at the sun according to the maximum reading of the devices, after which it is necessary to turn on the automation, which will monitor the brightest light source in its field of view. As a rule, this is the sun, but with a bright flashlight, the automation can be deceived and taken aside. True, then she finds the star without any problems. It is better to turn off at night, so as not to plant the battery in vain.
The electricity obtained during the tests was enough to charge a battery of AA size finger batteries, although in the standard description of the electric shepherd mentions a car battery.
Anything, comment!