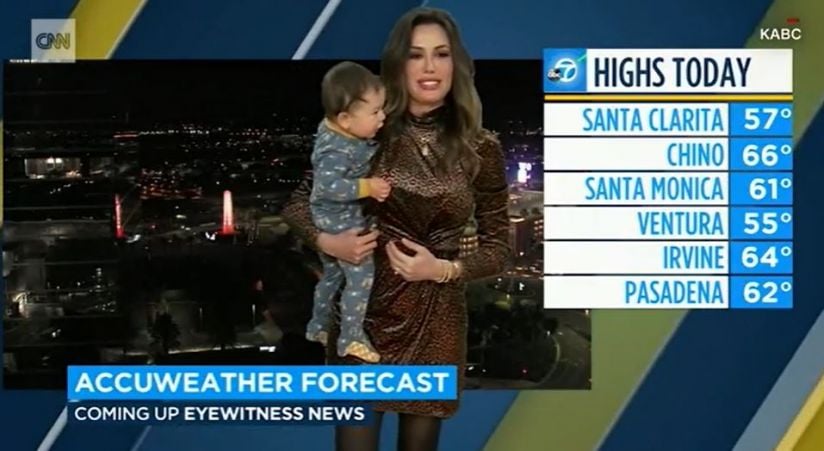 An image of Leslie Lopez and her son, Nolan. Image: ABC7

A US meteorologist doing a television weather forecast from home was interrupted when her nine-month-old son insisted on making an appearance during her segment.

Leslie Lopez was reporting for ABC7 when her son, Nolan entered the shot, grabbing his mother’s legs.

Ms Lopez laughed briefly before continuing with her report and then picked up her son saying: “He walks now guys, so I’ve lost all control”.

Mr. Friday made a surprise appearance this morning. 😂❤️ https://t.co/9mkYDwLJvX

The clip has since gone viral on social media, with many adding their own funny experiences of working from home.

Actress Elizabeth Banks was among those who commented on the clip, tweeting: “[Love] this. Moms doing their thing.”

Ms Lopez retweeted the clip, saying: “Mr. Friday made a surprise appearance this morning” and later tweeted a picture of Nolan with the comment: “He seems very please with himself this morning. I think he knows he went viral.”