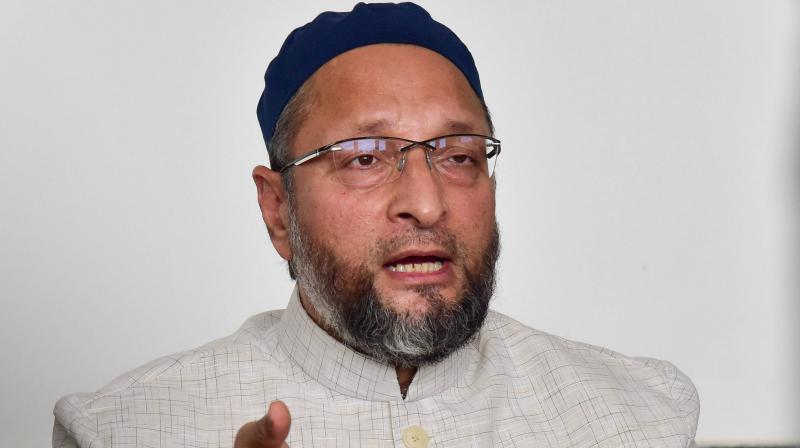 HYDERABAD: AIMIM president Asaduddin Owaisi, the Hyderabad MP, demanded at the all-party meeting convened by Lok Sabha Speaker Om Birla in Delhi on Friday, ahead of the Parliament Budget session, that a discussion be held on the continuous Chinese intrusions in Sikkim, Ladakh and Arunachal Pradesh, apart from the three farm laws and minority affairs.

He said in a thread on Twitter that it's not acceptable to say Chinese occupation is a sensitive matter and no discussion can happen.

“There are adequate protections in parliamentary procedure to allow a discussion. We've seen many images and reports in the media. As members of Parliament, we have a right to seek answers from the government,” it read.

Owaisi said, “From the time I have been elected, there has been only one discussion on minority affairs. I demanded a discussion in this session. I'll submit a notice for calling attention motion or under 193."

He said that he had pointed out the harm being caused to parliamentary sanctity because of the behaviour of BJP members. This has become a pattern with BJP. It uses brute majority to pass laws without any respect for the democratic process and when it faces justifiable opposition on the streets, it backtracks. He said that when the farm laws were proposed his party AIMIM, had demanded that they be sent to the standing committee.

Owaisi said that, "If BJP had followed these processes, it would not have been so surprised by the backlash. Now looking at the opposition, it has decided to suspend the laws by 18 months. This attitude of acting in haste and repenting in leisure not only harms citizens but also damages the sanctity of Parliament," he said.

"Steamrolling Parliament first and then suspending laws is not good for any democracy's health," he added.