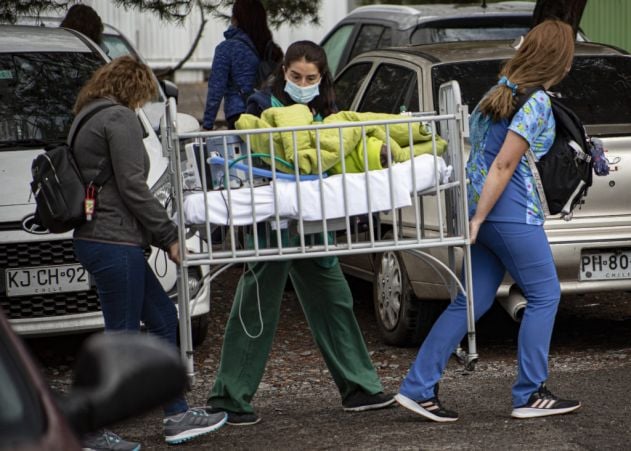 A fire that broke out in a boiler room forced the evacuation of about 350 patients from a hospital in Chile’s capital on Saturday, but officials reported no injuries.

Health authorities said all of the San Borja hospital’s patients, including some Covid-19 patients hooked to ventilators, were being taken to other hospitals.

The Santiago metropolitan health agency said the fire broke out in a boiler room, and prosecutors said it could have been due to an electrical short circuit.

The fire covered the hospital in a haze of smoke as dozens of appliances and other emergency vehicles surrounded the scene.

Firefighters said the blaze was controlled on Saturday morning.

“Nobody has died. All of the transfers have occurred with great calm,” said health minister Enrique Paris.