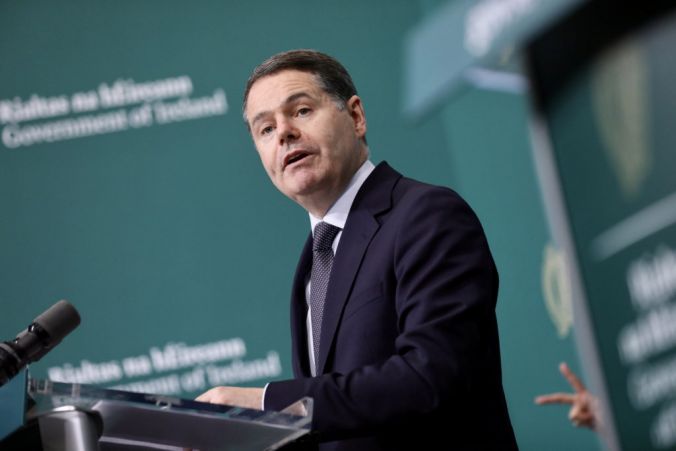 Minister for Finance Paschal Donohoe has predicted the economy will make a “good recovery” in the second half of this year, despite national debt having increased by about €35 billion due to the pandemic.

Mr Donohoe said the national finances could sustain the difficulties caused by Covid-19, adding that there is a level of savings and inherent resilience in major parts of the economy that could allow for a recovery.

He made the comments following the publication of the Government’s Annual Report On Public Debt.

Mr Donohoe said national debt had increased by about €35 billion from €204 billion to around €239 billion as a result of dealing with the effects of Covid-19 on the economy.

He added that the income and business supports the Government put in place such as the pandemic unemployment payment, would cost more than €12 billion alone.

The report found the sharp increase in debt due to Covid-19 pushed the debt pile of modified gross national income to 108 per cent last year, which Mr Donohoe described as “very high”.

It equates to public debt increasing to €44,000 for every person in the country.

“Despite the challenges that we have with our debt, it comes against the context of national finances that can sustain this for now,” Mr Donohoe said.

“And while I’m so conscious of the hundreds of thousands of people who have now lost their job, I’m very confident that we will get them back to work again.”

He added: “I know those words sound hollow to many at the moment, given the difficulty that we’re facing now, at the end of January, I strongly believe that when we make the progress that we have to make in beating this disease that there is is a level of savings within our economy and an inherent resilience in really important parts of our economy at the moment, that will allow us to deliver a good recovery for many in the second half of 2021, and then in 2022.”

The minister pointed to positive retail figures in December as an example of the economy’s resilience ins the midst of the pandemic.

Figures released by the CSO on Thursday showed that retail sales in December were 8.2 per cent higher than the same in the same month last year before the pandemic.

The department’s chief economist John McCarthy warned the economy’s performance in the first three months of this year would be worse than anticipated but it would “take off” in the second half.

“But there’s lots of water to go to the bridge between now and March when we’re doing the numbers and publishing them in April.”

The report emphasised that it will be important post-Covid-19 to put the debt-income ratio on a downward trajectory.

But Mr Donohoe reiterated that increasing income taxes was “not the path” the Government was going to go down to deal with the debt.

“The biggest contribution that we will be able to make to reducing our deficit and dealing with the issues that we’re talking about here will be getting our country back to work,” he said.

“And if we get employment growing again, if we get back to our own employment rate falling in the way that it has in the past it will deal with much of the difficulty that we’ve had here.”

Mr Donohoe said the Government would outline a medium term trajectory in its stability programme update in April of how it intends to reduce borrowings and improve finances.

He added that the Commission on Taxation and Welfare would advise the Government on options on how the debt can be paid for in the future.