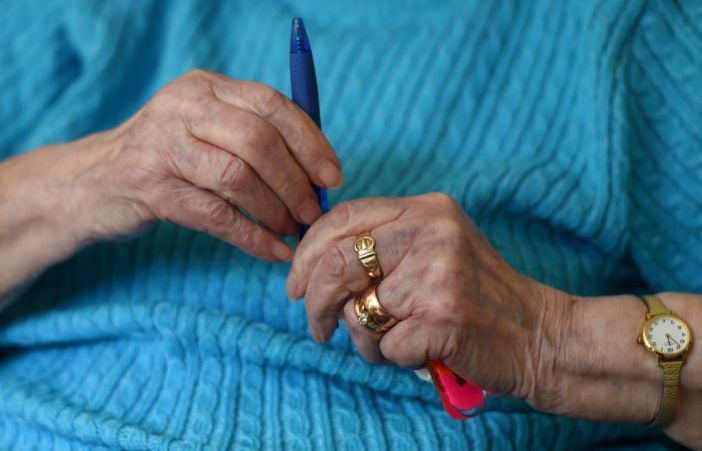 Hundreds of letters have been exchanged and new friendships have been forged in a pen pal initiative with nursing home residents across the country.

As the country battles through its third lockdown, and coronavirus restrictions force care home residents into further seclusion, many have found new ways to connect to the outside world.

The pen pal programme, launched in October, is aimed at connecting hundreds of people to older residents who are experiencing loneliness and isolation.

The informal partnership was started by wedding supplier Stacey Fiat, from Kilcullen, in Co Kildare.

Within four days of putting out a pen pal request on social media, 11,000 people responded wanting to help.

Since then, hundreds of letters have been written to help keep older people stay connected.

“We had an amazing response, it was something I wasn’t really prepared for. It was great,” Ms Fiat said.

Around 30 nursing homes signed up to the initiative and hundreds of residents are sending letters every week.

“They chat about everything, from their interests to sports and anything they want to talk about. The residents can’t believe people want to write to them and speak to them,” Ms Fiat added.

“The nursing homes were completely overwhelmed by the letters and there has been so much excitement around it.

“The residents have struggled so much without seeing family members so this has helped them a bit,” Ms Fiat continued.

“We are so used to an instant email or message but now people are waiting for the postman to come with the letter, so it’s nice for everyone.”

Ms Fiat, who runs Blissful Wedding Decor, said the programme has kept her busy as weddings have been postponed across the country.

She is appealing for more nursing homes to sign up to the programme as thousands of people are waiting to be paired up with a resident.

“Right now we have lots more to pair up so we need more nursing homes to get involved,” she added.

“I have paired 3,000 people since October and there’s more waiting.”

The letters made me feel wonderful

Many of the residents at Larchfield Park Care Centre in Naas, Co Kildare, have been participating in the pen pal programme, including Ian Sutton.

He said: “The letters made me feel wonderful. It gave me the feel good factor, and the generosity was spectacular.”

Angela Keogh has been a resident at the Naas care home for almost eight years.

“It meant a lot that people were thinking of us, we received so many cards from many children from all different schools,” she said.

“The time and effort that was put into them really was wonderful and made these difficult times that bit easier.”

Resident Moira Maguire said: “It is lovely to think that people were thinking of us, especially children.

“A pandemic is hard on everyone and it just goes to show there are a lot of kind people around us that are very caring.”

Mary Darker, a staff member at Craddock House in Naas, said it has brought joy and fun to the residents.

“Handwritten letters had to some degree become a thing of the past – with text messages, emails and mobile phones, the joy of receiving a handwritten letter had almost been forgotten,” Ms Darker added.

“What fun we have had reading out all the letters to our residents. It’s never just read, but read with imagination stopping several times to discuss what has been written, be it the names of children, where they live, what they do for a living.