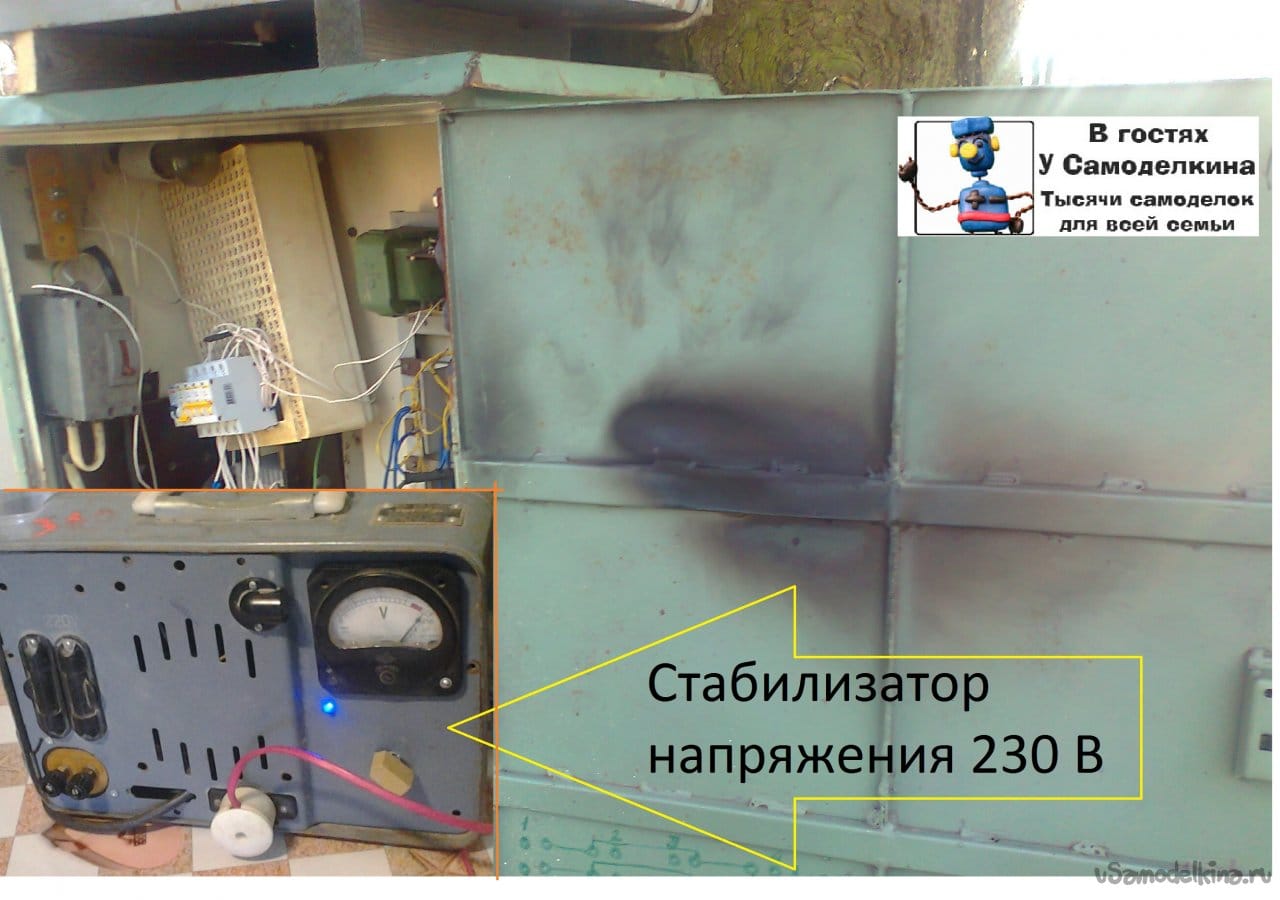 The described product would probably not be worth calling a stabilizer, but it provides an expansion of the permissible input voltage level by ± 20% while maintaining the output voltage within the tolerance. To simplify manufacturing, ready-made transformers without rewinding are used, the total power is 0.6 kVA. This product was needed to maintain an acceptable level of mains voltage on the farm, which I described in the publication « Autonomous power supply system “.
Power outages have stopped (almost), but the quality is no good. The anzapfer on the TP transformer is apparently in the position of the maximum output voltage, therefore, with a minimum consumption, at night and during the day, the voltage in the network reaches almost 300 volts, but in the evening, at the peak of loads, it drops almost to 170V. If the switching power supplies can somehow tolerate this, then the poor refrigerator naturally crawls around the kitchen at night. And besides, give him only a sinusoid … Customer, the same HB from the specified publication, offered to help him try to fix the situation by using transformers included in an autotransformer circuit. Here are examples of such schemes.

Naturally, these circuits can be used like this: in the latter, by applying an increased voltage of about 260 V to the input, the output will be close to 230 V, i.e. par. To expand the adjustment range to ± 20%, we use two 220/24 V transformers, and we connect the primary in parallel, and the secondary in series.

Speaking of transformers, 2 pieces. Brand OSD-0.3UHL4.2, from a “slider” (projector), 0.3 kVA, worked on a halogen lamp 24 * 250 W plus mechanics. It was possible to use more powerful ones, but they have more of their own consumption, currents of XX – idle. 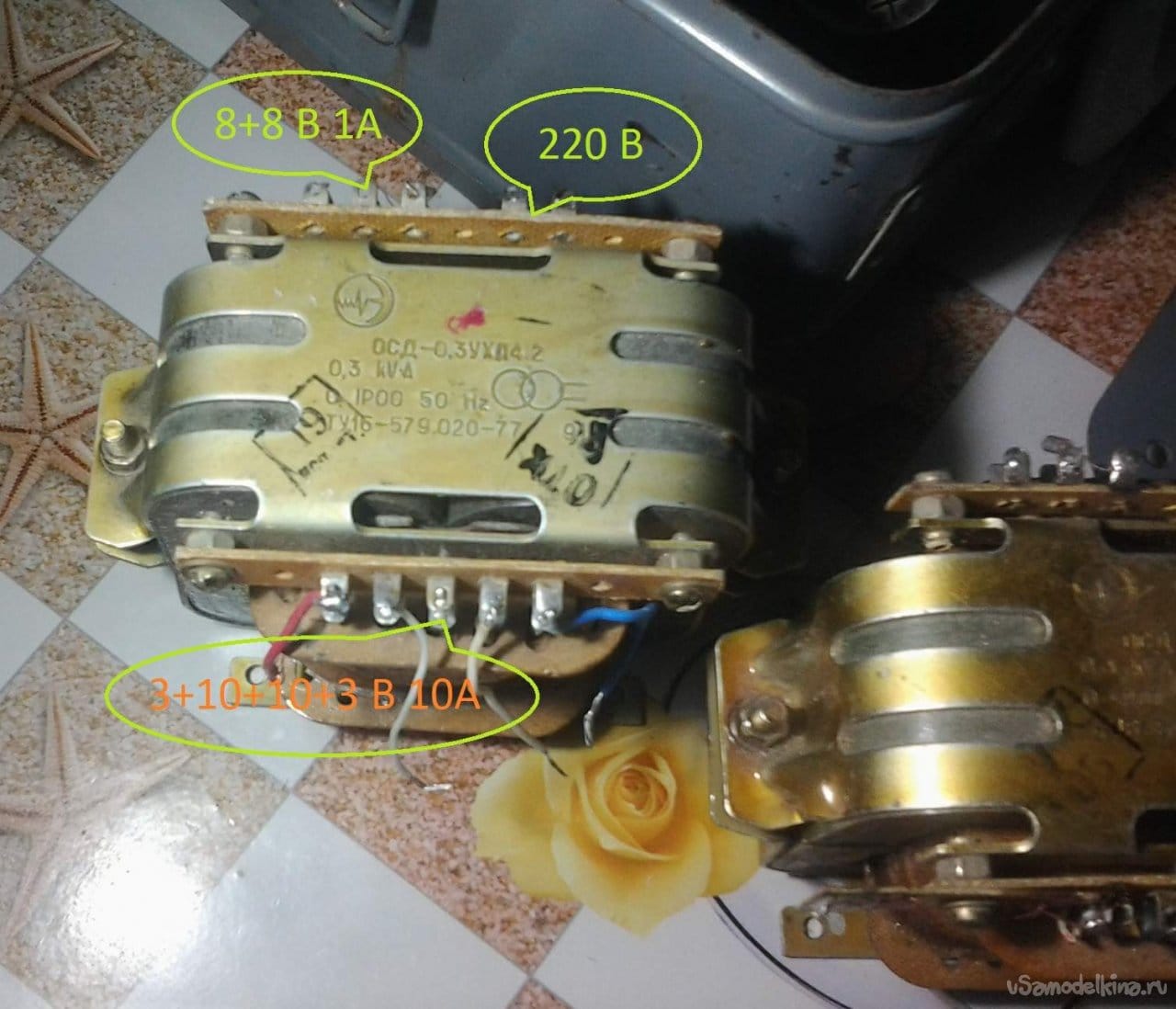 We analyze the previous scheme, bring the transformation ratios into a table. 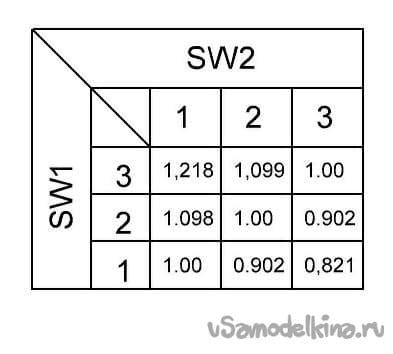 Some of the positions are duplicated, so we abandon the 2nd position of SW1. This means that SW1 will be two-position, and SW2 will be three-position, only 6 combinations, two of them – directly, also repeat. 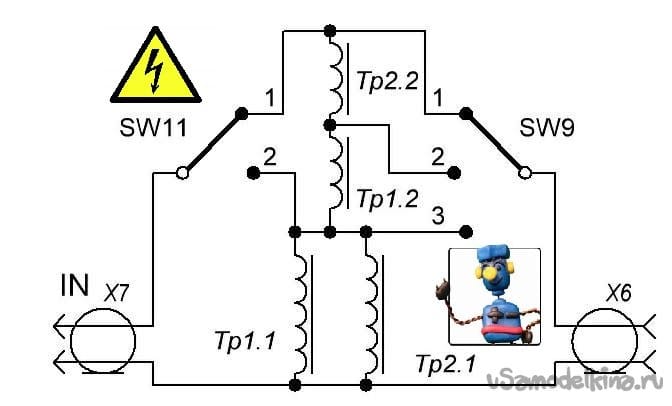 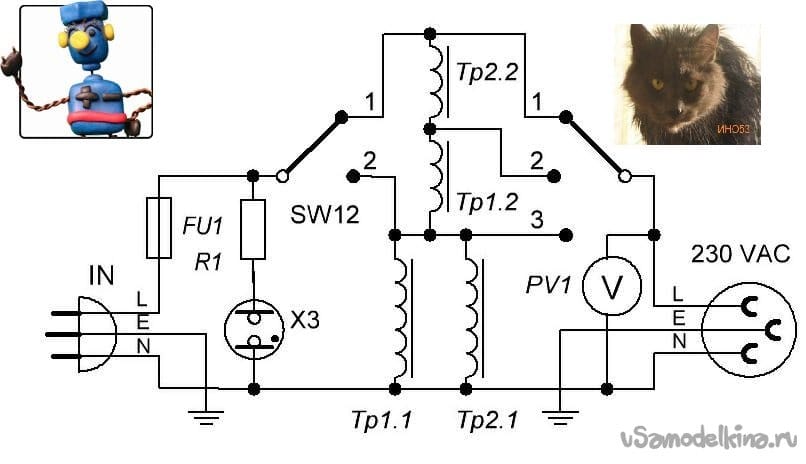 Although for operation, most likely, it would be more convenient two-board switch. 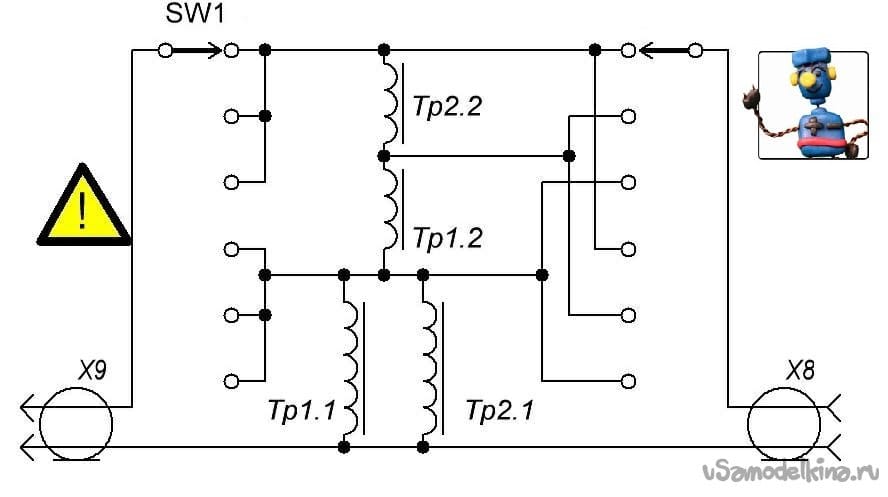 What are the possibilities of the resulting scheme? Vertical – output voltage, nominal 230 V and allowable deviation of ± 20% and ± 10%. 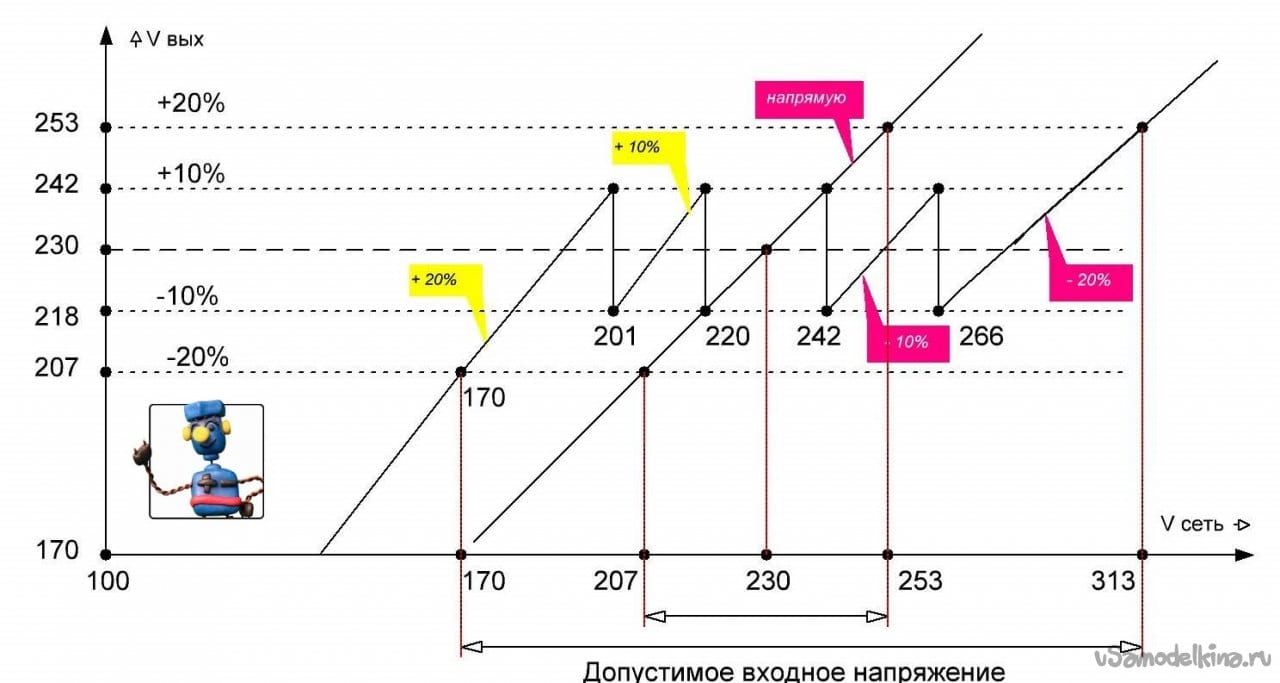 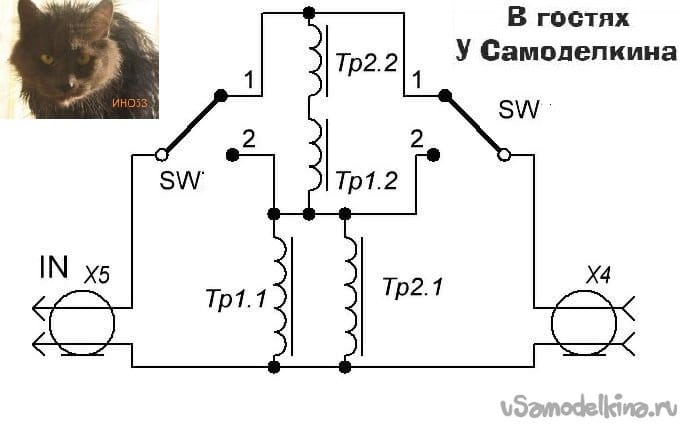 That's the graph her work will look like this. 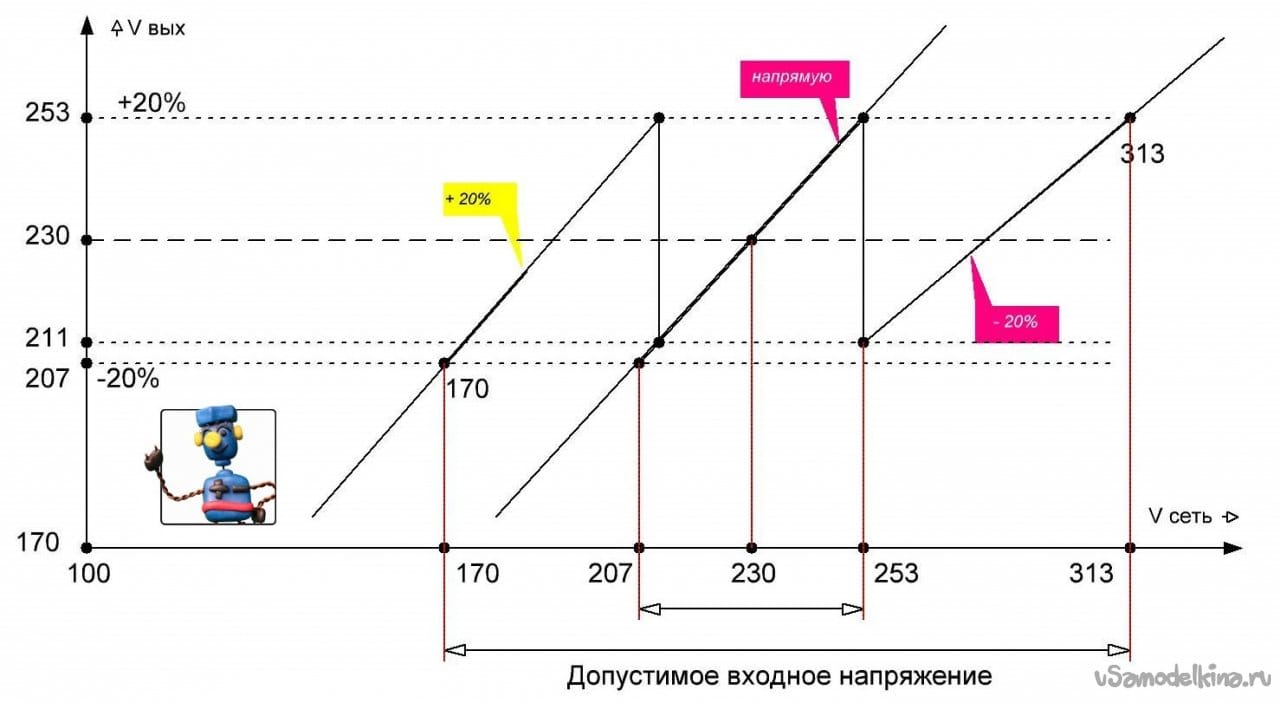 The limiting parameters are the same, but only two switching points. For the previous version, approximately the same control scheme was planned, see figure.
For the second option, the ALL scheme looks like this. 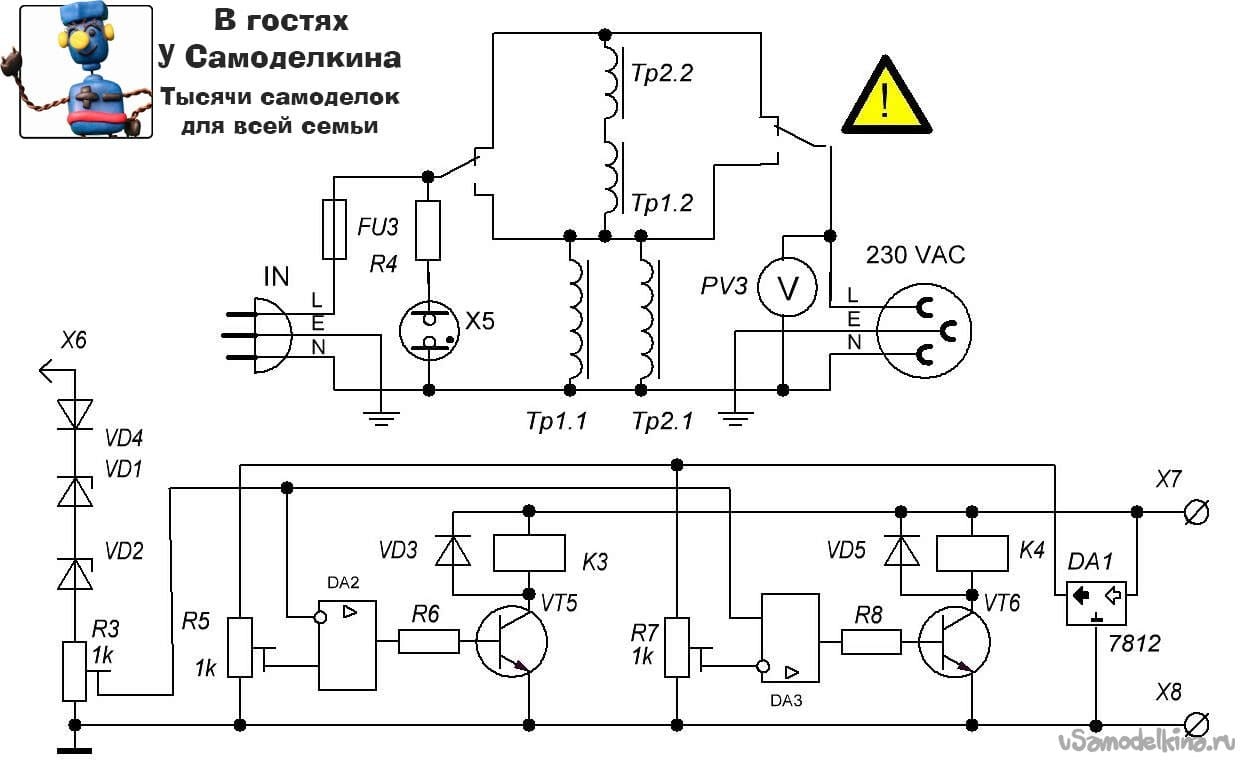 Here are zener diodes of the eight-hundredth series with a total voltage of about 150 V, relays RP21-M, comparators K521SA3A, transistors KT817G.
drawn from memory. Power is supplied from one of the additional transformer windings according to the standard scheme.
The reason for abandoning contactless thyristor switching is the cumbersomeness of its circuit. For comparison, a diagram is shown on the TS-106-10.

Instead of 4 keys, each of which contains almost a dozen parts, there are only 2 relays. And now about the hardware. 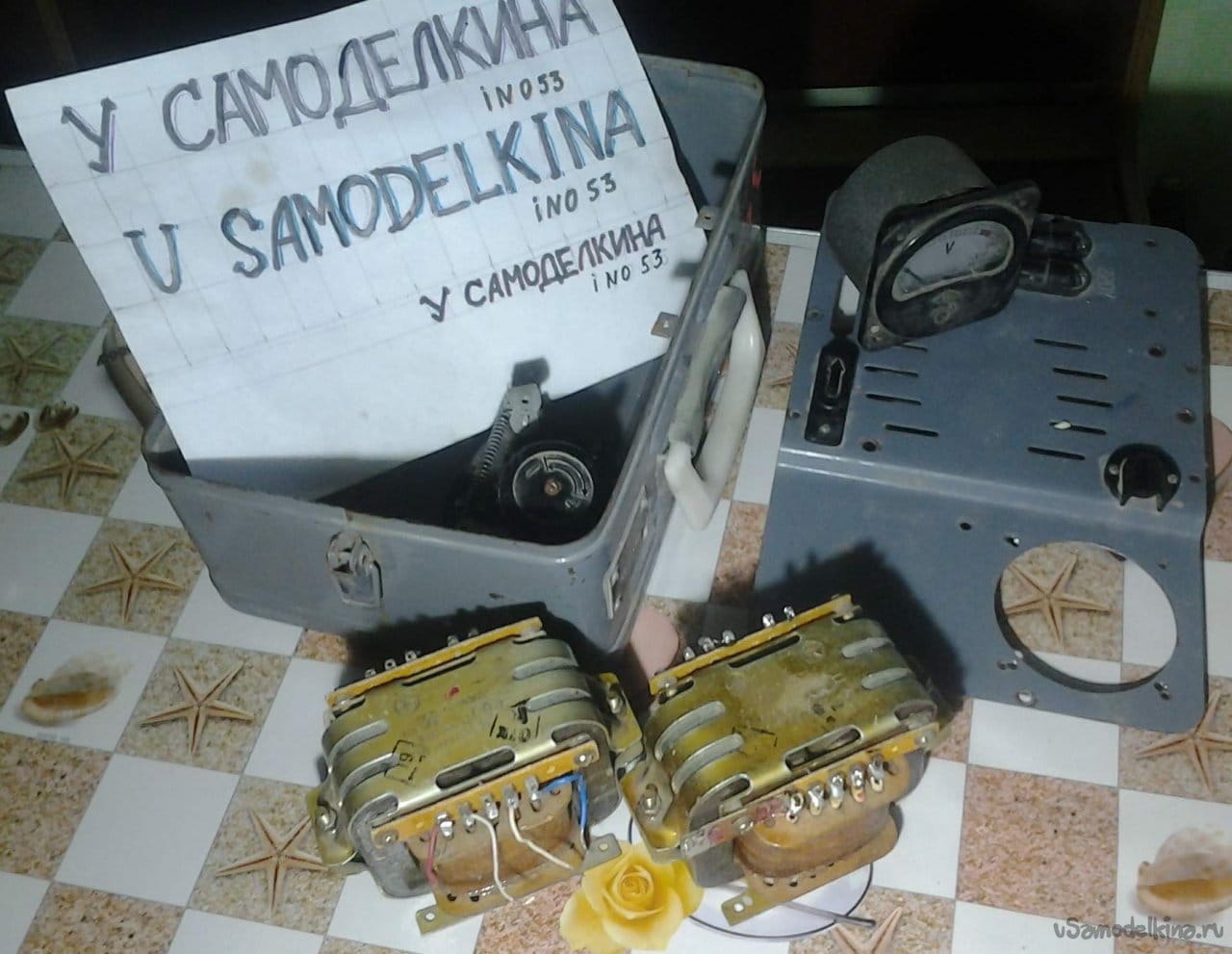 Fully equipped – housing , transformers, voltmeter, all the little things …
The transformers are large – made soundly, with the quality mark.

Approximate placement of transformers in the case – at the stage of assembly. 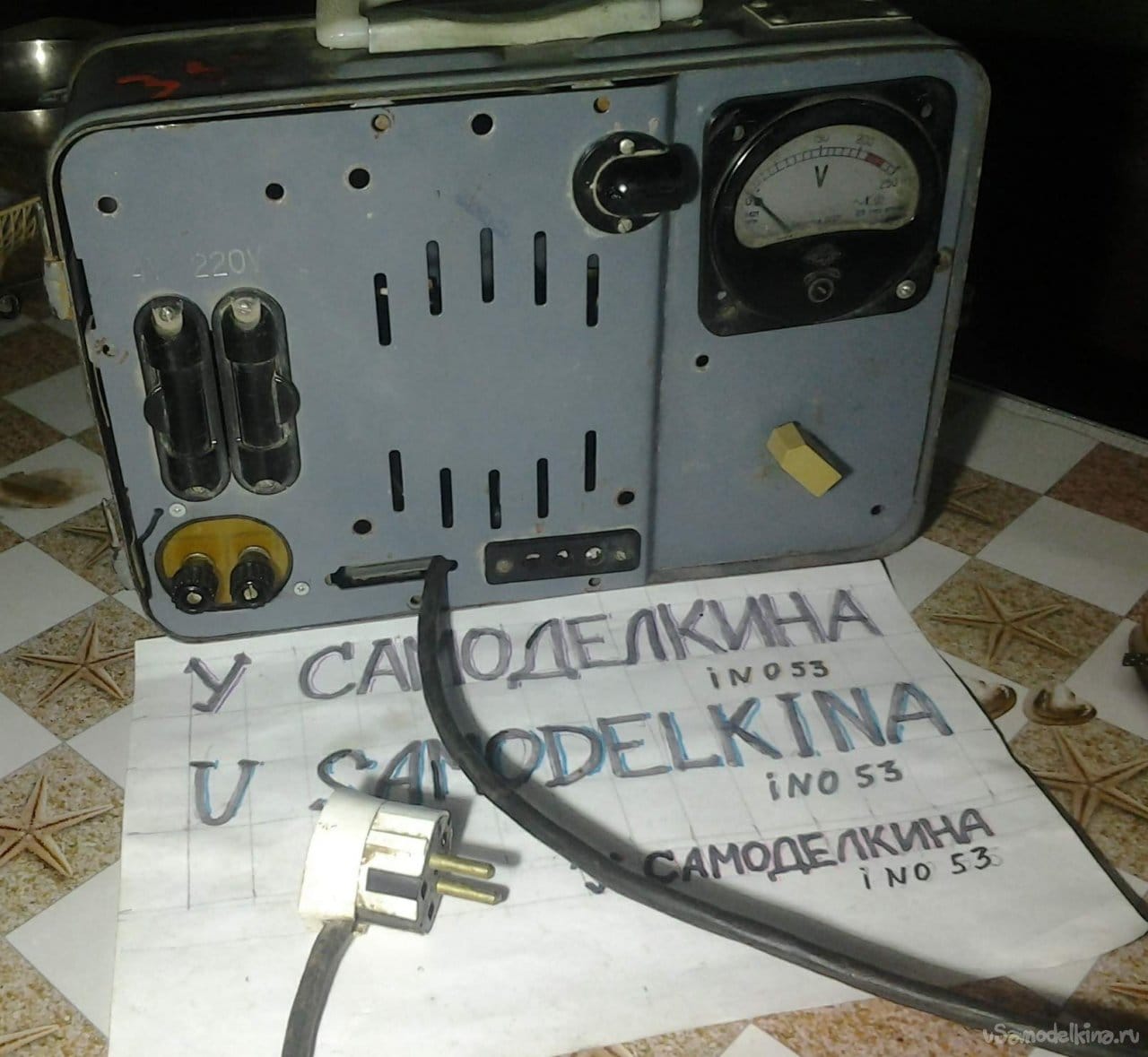 Terminals at the bottom left – conclusions from one of the additional windings, suddenly come in handy, and the hole must be closed …
Preliminary tests … Electronic circuit mounted on a prototype board, to avoid criticism the photo is not shown.
And now it's time for him to go to his workplace, in the electrical cabinet. Everyone, comment!