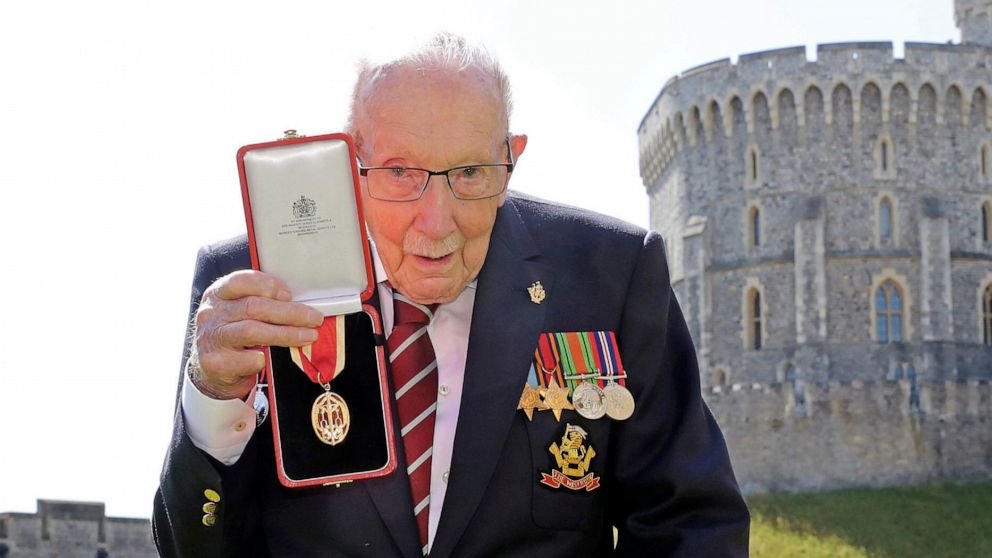 Capt. Sir Thomas Moore, the 100-year-old British World War II veteran who rose to fame in the spring for his charity work during the pandemic, has been hospitalized with the coronavirus, according to his family.

Moore’s daughter Hannah posted a statement on the veteran’s Twitter page Sunday and revealed that he was being treated for pneumonia for the past few weeks and tested positive for COVID-19 last week.

“He was at home with us until today when he needed additional help breathing. He is being treated in a ward, although he is not in ICU,” Hannah Moore said in the statement.

Moore gained worldwide attention in April when he launched a fundraising event to thank doctors who treated him for cancer.

Moore originally aimed to raise £1,000 ($1,370) for charity by walking 100 laps in his garden with his walker while under lockdown in Buckinghamshire, England, and eventually raised over £37 million ($50.7 million) for health workers.

Queen Elizabeth honored Moore’s charity and and service to the country with a promotion to honorary colonel, a special flyover and knighthood.

Hannah Moore said her father’s medical care is “remarkable,” and doctors are hoping he can return home as soon as possible.

“We understand that everyone will be wishing him well. We are of course focusing on my father and will update you when we are able to,” she said in the statement.