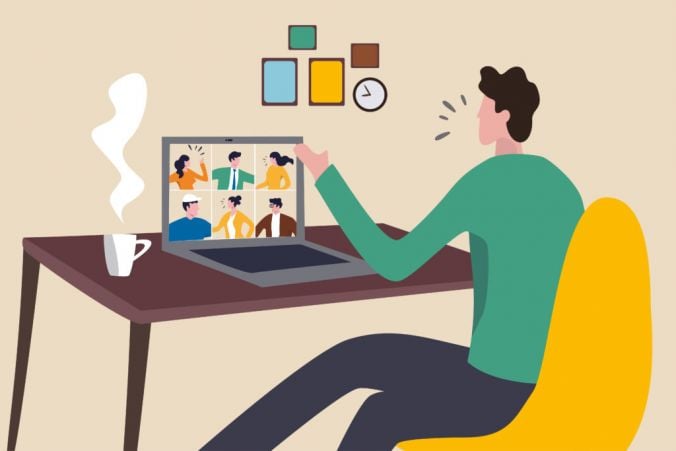 You’d think that after almost a year of on-and-off remote socialising, we might be a bit better at it.

During the early days of the pandemic Zoom quiz fever came and then very much went, as we discovered how irritating group video calls can be.

The delay, the sound quality, the constant fear of interrupting someone, the inability to have more than one conversation at once – a video call is no substitute for a pub table, and without any real focus they tend to fizzle out fast.

That’s no reason to give up, and finding fruitful forms of socialising is as important as it’s ever been. Here are a few alternative ways to hang out online…

It feels faintly uncomfortable saying anyone has benefited from the pandemic, but the makers of Among Us could never have predicted the popularity their game has enjoyed. A digital whodunnit, up to 10 players run around completing tasks on a spaceship, while a designated ‘imposter’ attempts to bump them off without being detected.

Simple, accessible, and based more on communication than technical skill, Among Us has reached far beyond typical gamers, and logged more than half a billion users in November 2020 alone. That ranks it, by some definitions at least, among the most popular games of all time.

If the pandemic has proven one thing, it’s that no one is too cool for board games.

Spurred on in part by the success of The Queen’s Gambit on Netflix, chess apps and websites have been flooded with new members looking to spend time with friends while picking up a new skill. Shout-outs too to online iterations of Scrabble, Boggle, and, for all you sociopaths out there, Cards Against Humanity.

There aren’t many social events as tried and tested as the movie night, the virtual version sidesteps the pitfalls of the group call by majorly limiting talking time.

Netflix Party is an extension which allows groups to pause and play movies in unison by simulating a single screen. Just remember that shushers and talkers are natural enemies, and it’s best to set communication expectations in advance.

Book clubs give you licence to monologue without looking like you’re hogging the spotlight, and capitalise on one of the few shared activities wholly unimpeded by the pandemic.

Plus everyone knows book club and wine night are more or less the same thing, and after the requisite number of glasses even the most awkward group call starts shedding inhibitions.

As an added bonus, you can feign tech issues when someone asks you for your opinion and you’re still halfway through chapter one.

You know Mozart is good, because people are still listening to his music several hundred years later. So it is with charades, a parlour game that got its start in 16th century France, and remains a staple of family Christmases and reunions everywhere.

One of those rare activities that’s identical whether played remotely or in person, there are even online generators that tell you what to describe, so you don’t end up having to act out Chicken Run for the 100th game in a row.

Another group activity you could in theory do any time, but probably never thought of pre-pandemic, wines, chocolates and cheeses have all proven particularly popular options for home tastings.

You can purchase pre-packed kits for a wide array of different foodstuffs, or simply agree on a shopping list in advance.

Alternatively, try a cook-along – swap tips and tricks while whipping up a similar dish, and enjoy a virtual dinner party at the end.

If you haven’t had the chance to show off to your friends, do you really have a skill at all?

As the name implies, a skill exchange allows each member of a social group to hold a workshop on one of their talents, lending focus and novelty to an otherwise average group call. It’s also nice to be the centre of attention every now and then, at a time when it’s easy to feel life is passing you by.

8. Just give them a call

Instant messaging is great for on-the-go communication, but is now so ubiquitous in some social groups that just calling for a chat might seem weird. With social contact limited, we’re not sure typing quite cuts it. It’s time to bring the casual phone call back.

The loss of happiness, an intangible fallout of COVID-19

World Pangolin Day: 7 things you never knew about the animals once blamed for Covid