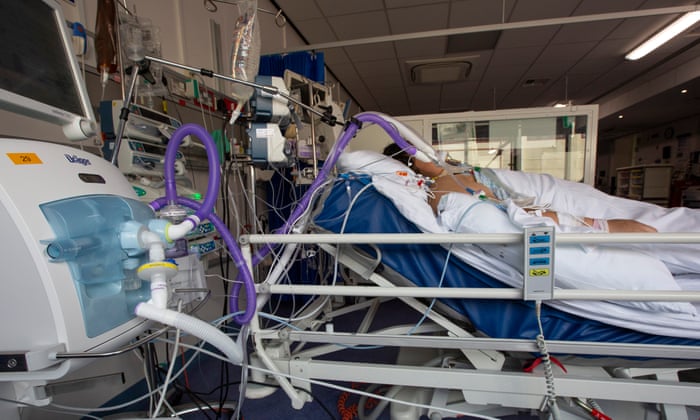 Critically ill Covid patients are dying unnecessarily because they are refusing to go on ventilators due to unfounded fears that the machines increase the risk of death, senior doctors have warned.

The Faculty of Intensive Care Medicine (FICM), the body that represents the 3,500 doctors working in intensive care across the NHS, has seen an increase in patients wrongly believing that the devices will kill them.

The misconception appears to stem from the fact the death rate in ICUs has fallen at the same time as doctors have reduced their use of ventilators, which can take over the body’s breathing process when disease has caused the lungs to fail.

The machines were routinely used during the spring peak of the pandemic when death rates in ICUs were high. According to the Intensive Care National Audit & Research Centre, 75.9% of Covid patients were intubated within a day of arriving in ICU before the peak of first wave hospital admissions on 1 April last year.

This figure fell to 44.1% after the peak, coinciding with improved survival rates for Covid patients as the chances of dying in ICU dropped from 43% to 34% around the same time.

Dr Alison Pittard, the dean of the FICM, has said recent studies showed the two trends were not related, stressing that patients were and are continuing to die from Covid-19 itself rather than from the machines.

Pittard, who is a senior ICU consultant in Leeds, said the main reason ventilator use had declined was because doctors realised coronavirus patients were responding relatively well with what would previously be viewed as dangerously low oxygen saturation levels.

She has stressed the importance of spreading accurate information about intubation to the general public, as for seriously ill patients it can offer the only chance of survival.

“As clinicians treating patients on the shop floor, we are aware of more patients who are refusing to go on a ventilator but I can only make assumptions to the actual reasoning behind that. I am sure it is about there being more information available but it is either not complete or being misinterpreted.”

Pittard went on to highlight a study involving more than 1,000 Covid patients across five US hospitals. Of those on ventilators, 42% died, though they tended to be older and had more serious underlying indicators of disease.

As of Friday evening, 3,918 Covid patients were on ventilators across the UK out of a total of 35,375 in hospital.