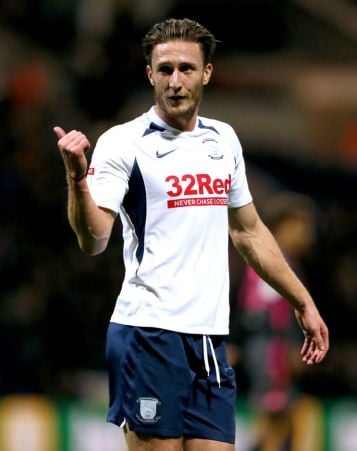 Preston defender Ben Davies is on the verge of a move to Liverpool, © PA Archive/PA Images

Liverpool are close to completing the signing of Preston centre-back Ben Davies and reinforce what has become a problem area for manager Jurgen Klopp this season.

The 25-year-old will undergo a medical on Monday before signing for an initial £500,000, the PA news agency understands.

Davies’ deal also includes structured add-ons – primarily related to first-team appearances and any achievements the player contributes to – worth up to £1.1million.

Preston will also benefit from a 20 per cent sell-on clause on any profit Liverpool make on any further transfer and also any England appearance. North End will also get the 19-year-old defender Sepp Van Den Berg on loan for free with the first option for a loan next season should he start a certain percentage of matches in the current campaign.

The cut-price deal may seem at odds with Liverpool’s status as Premier League champions but it is viewed within the club as a ‘Ragnar Klavan-type’ signing, the Estonia captain who moved to Anfield in 2016 for £4.2million and made 39 appearances over two seasons as a reliable back-up.

On Friday, manager Klopp said no club would sell him an £80m centre-back even if one was available and clubs, well aware of the Reds’ problems at the back, were quoting “crazy money” for players.

Liverpool’s resources in central defence are currently stretched to the limit with Virgil Van Dijk and Joe Gomez unlikely to play again this season due to serious knee injuries, while the injury-plagued Joel Matip was sidelined on Thursday by an ankle ligament problem which the club yet to diagnosis the extent of.

.@LFC manager Jurgen Klopp is looking for a long-term solution to his centre-back problem in the next few days but admits no-one will sell him an £80million defender now pic.twitter.com/FHS9o5YMi5

Fabinho, who has stood in at the back for the majority of matches this season, will not return until Sunday’s visit of Manchester City and so fellow midfielder Jordan Henderson has had to fill in for the last four league matches.

Davies, a left-footed centre-back, is in the final six months of his contract and it was expected he would sign a pre-agreement with Celtic to join them in the summer.

However, it emerged the reigning Scottish champions, currently 23 points behind Rangers at the top of the table, were planning to make a deadline-day offer to Preston and that prompted Liverpool to make their move.

Fellow Premier League sides Burnley and Sheffield United were also interested but Preston did not want to sell to their local rivals but it is understood the player was not interested in either club due to their style of football.

Bournemouth, six points ahead of Preston in sixth place in the Championship, also wanted Davies as part of a double deal with Ben Pearson but only managed to sign the Lilywhites’ midfielder last week.

Liverpool’s business may not end there on deadline day as they are interested in Marseille’s Croatia centre-back Duje Caleta-Car but the Ligue 1 side’s struggle to find a replacement at short notice may scupper any potential move.