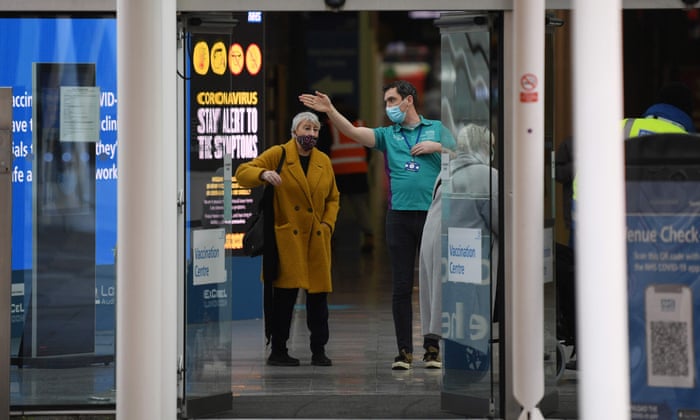 Doctors and NHS bosses who ran the London Nightingale field hospital have defended its creation but admitted that it lacked the full range of medical expertise needed to treat Covid-19.

They admit that it “remains moot” whether the facility, set up last spring as a 3,500-bed critical care unit, was the best way of treating people left seriously ill by the disease or a good use of scarce NHS staff and equipment.

And they suggest that Covid’s complexity means patients should in future be treated in normal hospitals, rather than makeshift facilities such as the Nightingale, so they can get the specialist help they need.

It was the first of seven Nightingale hospitals to be set up around England to help manage the huge extra pressure the pandemic piled on the NHS. It was opened by Prince Charles in the ExCeL arena in London’s Docklands to a blaze of publicity and at the time was widely hailed as a potential masterstroke in the battle to save lives.

However, it only ever treated 54 patients, was hamstrung by hospitals’ reluctance to release doctors and nurses to work there and was derided by some in the NHS as a costly gimmick.

The doctors’ reflections, in a paper in the medical journal Intensive Care Medicine, are the first time that the medics and senior NHS figures who set up and ran the Nightingale have given details of its achievements and limitations.

They disclose that almost half (48.1%) of the 54 patients died, 20 while they were being treated there and six more after they had returned to a critical care unit near their home. That is in line with the 47.7% death rate seen at the time among Covid patients in hospital-based intensive care units.

All of the 54 patients were on a ventilator. Those who survived their spell at the ExCeL typically spent 34.5 days in critical care, far longer than the 12-day average seen among equivalent patients in hospital ICUs. That may have been because the Nightingale was unable to give patients a tracheostomy – in which an incision is made in a patient’s neck and a tube put into their windpipe – the authors say.

All but two of the 13 authors worked at the Nightingale, including Dr Alan McGlennan, its medical director, and Charles Knight, its chief executive. Others include Eamonn Sullivan, critical care expert Dr Alastair Proudfoot and heart specialist Dr Andrew Wragg who were, respectively, the field hospital’s nursing director, clinical lead and deputy medical director.

The Nightingale was created at a time when ministers and NHS leaders feared London hospitals would be overwhelmed by the coming surge in Covid patients needing life or death care, as hospitals in northern Italy had been. Recalling those circumstances, and the criticism it received, the authors say: “Whether the Nightingale hospital London was the optimal model of care or represented appropriate resource allocation remains moot but it was deemed necessary at a time of crisis.”

They then go on to say that Covid’s emergence as an illness that attacks many of the body’s vital organs rather than just the lungs means that in hindsight the facility did not have the capacity to treat all the complications patients developed, in the way that NHS hospitals do.

They say: “The operating model as originally conceived was based on previous (influenza) pandemics. Subsequent clinical experience highlights that the clinical syndrome of Covid-19 and the spectrum and duration of multi-organ support requires compehensive critical care capacity. Future planning should account for this.”

Dr Alison Pittard, dean of the Faculty of Intensive Care Medicine, which represents the NHS’s 3,500 ICU specialist doctors, said the patient outcomes at the Nightingale were “good”.

She defended its establishment, saying: “Hospitals did not have capacity to manage all patients for whom the benefits of intensive care outweighed the burdens. Faced with uncertainty, something had to be done. It served a purpose and provided some reassurance.”

The Nightingale has a new role in the ongoing second wave as a “step-down facility for patients recovering from Covid who are being rehabilitated before being discharged. It is also one of the first mass vaccination centres the NHS has opened to administer Covid vaccines.

Other Nightingales are offering a range of care but not operating as ICUs. For example, the one in Bristol is providing children’s services, those in Harrogate and Sunderland are doing diagnostic tests and CT scans and the Manchester one is also taking “step-down” patients.