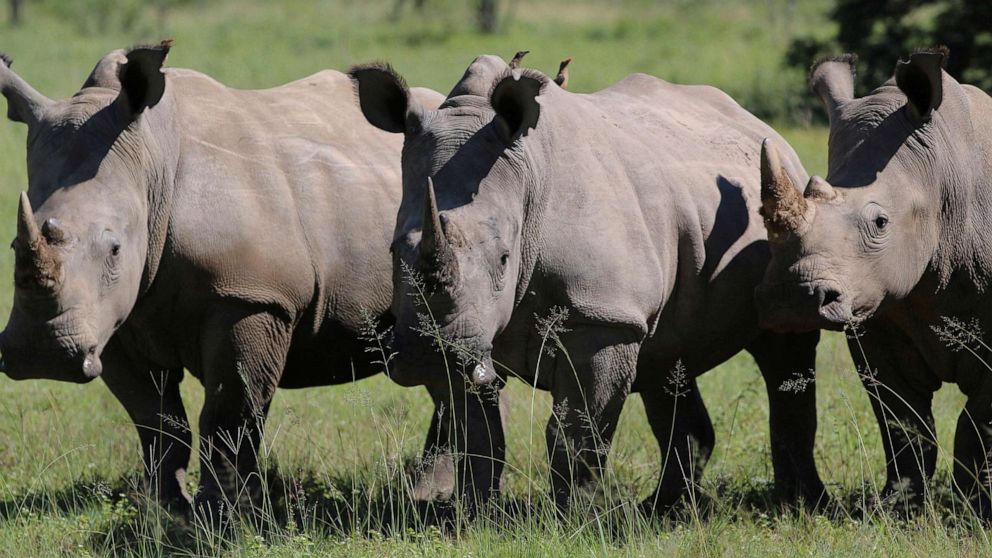 Poaching of rhinos, one of the world’s most endangered species, has been on the decline in South Africa ever since the country shut down due to the COVID-19 pandemic.

During 2020, poaching in the country fell by 33%, South Africa’s Department of Environment, Forestry and Fisheries announced Monday.

Rhinos are killed for their horns, which are often used in Asia for medicines and remedies. About 80% of the world’s rhinos live in South Africa, according to U.K.-based conservation charity Save the Rhino.

In addition to the pandemic, additional steps taken by the government to “effectively deal with these offenses,” as well as rangers and security personnel who remained at their posts, contributed to the significant decrease in poaches, Environment, Forestry, and Fisheries Minister Barbara Creecy said in a statement.

The poachers are recruited and managed by crime rings, Creecy said.

While the decrease in killings “should be celebrated as a moderate win,” the department said, wildlife advocates “cannot become complacent as the escalating demand in consumer countries ensures a lucrative black market trade and thus relentless pressure on all resources to combat this organized crime.”

After the pandemic began, conservationists feared poaching in Africa would increase due to the lack in tourism dollars, which resulted in a loss of crucial funding for animal reserves.

The dramatic decrease in rhino killings was credited to the pandemic lockdown in September, but wildlife activists are concerned about a resurgence of poaching as the country begins to open back up, The Associated Press reported.

The country did see a “significant spike” in poaching activity after lockdown levels eased, especially during December, according to the environment department.

Overall, South Africa’s Kruger National Park saw 1,573 poacher activities in 2020, down nearly 22% from 2019, according to the environment department.

Sixty-six alleged poachers were arrested within Kruger National Park in 2020 and 90 people were arrested for rhino poaching and horn trafficking outside the park, officials said.