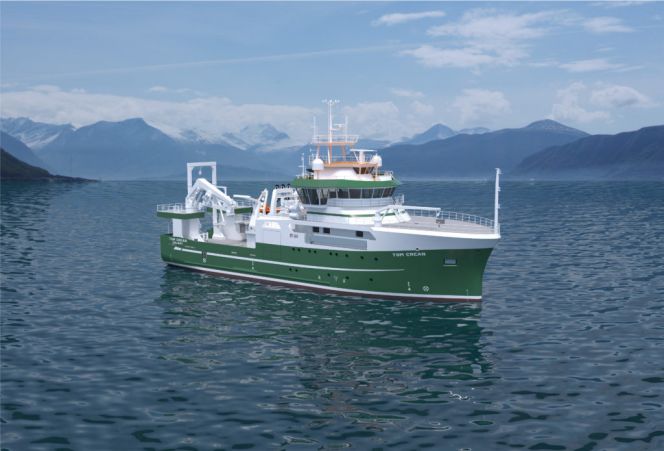 Ireland’s new marine research vessel will be named the RV Tom Crean, after the renowned Irish explorer who undertook three major groundbreaking expeditions to the Antarctic in the early 20th Century.

Due to be completed in summer 2022, the new state-of-the-art multi-purpose marine research vessel will carry out a wide range of marine research activities, including vital fisheries, climate change related research , seabed mapping and oceanography.

The vessel has been commissioned with funding provided by the Department of Agriculture, Food and the Marine approved by the Government of Ireland.

Speaking about the news, Minister for Agriculture, Food and the Marine, Charlie McConalogue, said: “I am delighted to announce the name of Ireland’s new marine research vessel is the ‘RV Tom Crean’, acknowledging the contribution of a legendary Irish Explorer.

“The new vessel will enable Ireland to undertake critical research work which will support many of the projects outlined in the Programme for Government including fisheries assessment, offshore renewable energy, marine spatial planning, marine protected areas and addressing the challenges of climate change.” 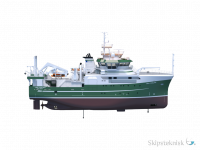 The construction of the new national research vessel continues on schedule in 2021 at a total build cost of €25 million, with the build process expected to be completed by summer 2022.

During the Terra Nova expedition, Crean made an 18 hour solo journey in desperate conditions to save the life of a fellow crew member and was awarded the Albert Medal for his acts of heroism

Dr Paul Connolly, chief executive of the Marine Institute said: “The decision to name Ireland’s new research vessel after Tom Crean honours his achievements and gives due recognition to an Irish explorer of international renown.

“The Institute greatly appreciates the support of the descendants of Tom Crean in this decision.”

Speaking on the announcement today, grand-daughter of Tom Crean, Aileen Crean O’Brien said: “We welcome the decision by the Irish government and the Marine Institute to name their new marine research vessel after Tom Crean, of whom we as a family are very proud.”