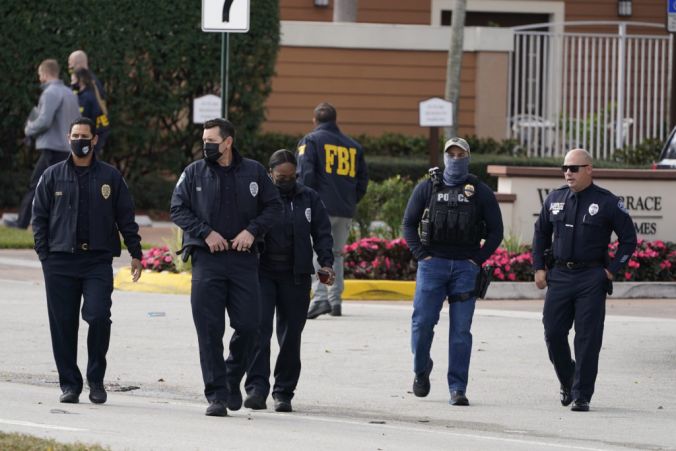 The shooting took place while an arrest warrant was being served, © AP/Press Association Images

Two FBI agents have been shot dead and three wounded while serving a federal search warrant in a child exploitation case in South Florida.

The suspect also died at some point during the stand-off in which he barricaded himself inside a home, said FBI Miami Special Agent Michael D Leverock.

Two of the wounded agents were taken to hospitals to be treated and were in stable condition, Mr Leverock said, adding that the names of the deceased agents will not be released immediately. The suspect’s name was also not released.

The agents had arrived to serve a federal search warrant in connection with a case involving violent crimes against children, Mr Leverock said.

Law enforcement agencies swarmed the neighbourhood in the Fort Lauderdale suburb of Sunrise after the shooting. Another large contingent of officers gathered outside a Fort Lauderdale hospital where victims were taken, according to television video.

The shooting happened at around 6am in a middle-class neighbourhood of single family homes, duplexes and apartment buildings. Hours later, Sunrise Police urged residents of Water Terrace to remain inside their homes while law enforcement blocked the entrances to their community.