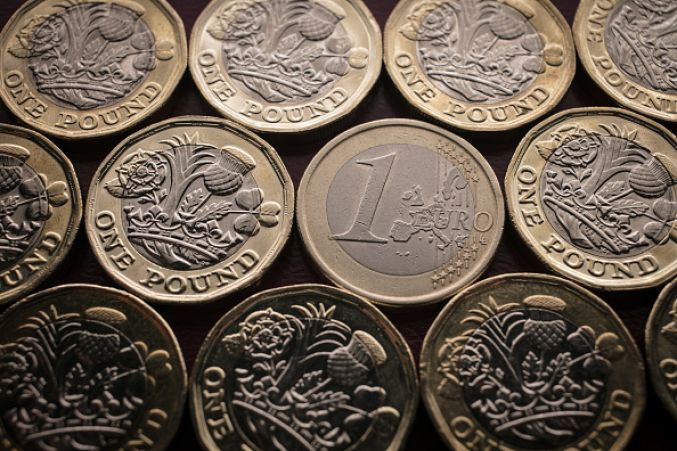 Official data on Sunday showed that nearly 9 million people in the UK have been given their first dose of a vaccine. Photo: Matt Cardy/Getty Images

The British pound rose to its highest against the euro since May 2020 and came close to recent three-year highs against the dollar, boosted by a combination of heightened global risk appetite and optimism over the UK’s Covid-19 vaccine rollout.

Riskier currencies gained against the dollar, which edged lower as global market sentiment was lifted by an equity rally in the Asian and early European sessions.

After a row between Britain and the European Union over vaccine supplies, EU officials on Saturday said that it had been a mistake to invoke Northern Ireland Brexit emergency powers.

The UK said it expected its supply of Covid-19 shots would not be interrupted. Official data on Sunday showed that nearly 9 million people in the UK have been given their first dose of a vaccine.

“The economy that does the best will be the one that’s able to get its population vaccinated earliest, and at the moment that looks like the UK,” he said.

Versus the euro the pound was up about 0.6 per cent at 88.09 pence after touching its strongest since May 2020.

Market participants are focusing on the Bank of England’s meeting on Thursday, at which the bank is set to publish findings of a consultation on what negative rates would mean for banks’ operations.

Lee Hardman, currency analyst at MUFG, said in a note to clients that the argument in favour of another imminent easing of monetary policy has been dampened by the last-minute Brexit trade deal, the resilience of the UK economy at the end of last year and the relatively fast rollout of vaccines in the UK.

“However, the tougher third lockdown is expected to deliver a larger negative hit to growth at the start of this year,” he added.

Most economists polled by Reuters think the Bank of England is unlikely to cut rates below zero this year.

Weekly CFTC futures data showed that the net long position on the pound shrank in the week to January 26th, though speculators were still bullish on the currency overall.