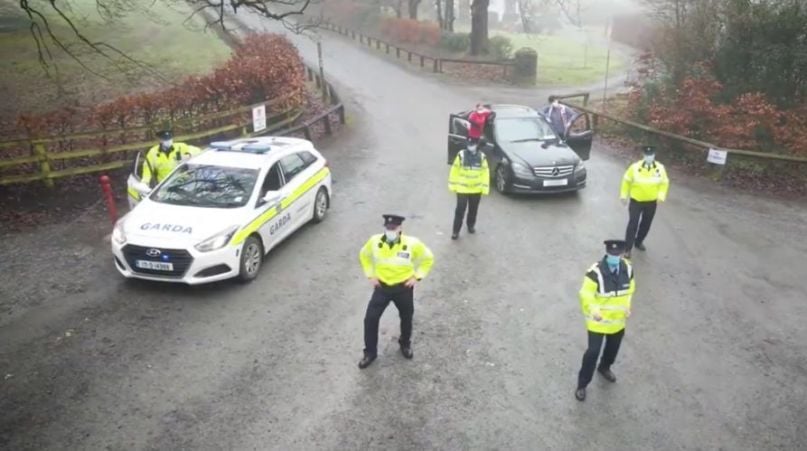 Gardaí have responded to a challenge from their Swiss counterparts by posting a video of force members dancing to ‘Jerusalema’ on Twitter.

The Swiss account added: “Even though the Swiss product of the @ZugerPolizei can hardly be topped in terms of precision, discipline and perfectionism.”

Gardaí posted their response on Twitter earlier today, saying “Gardaí across Ireland answered the call to give the public we serve a lift in these challenging times.”

We have stepped up to the Swiss police @fedpolCH #JerusalemaChallenge. Gardaí across Ireland answered the call to give the public we serve a lift in these challenging times. #StayTogether #homeStaySafe pic.twitter.com/sbLdkk54hB

Similar to the Swiss attempt, the Irish video features clips from gardaí at various locations around the country, including the Garda College in Templemore, all performing the same routine.

However, Gardaí also enlisted the help of the Garda Mounted Unit, showing off the talents of two garda horses.

The video finishes with a message, reading: “We hope it brought a smile in these dark times.”

Gardaí also extended the challenge to the public, asking them to share their attempts using #GardaJerusalema while staying at home and in their support bubbles, adhering to current Level 5 restrictions.