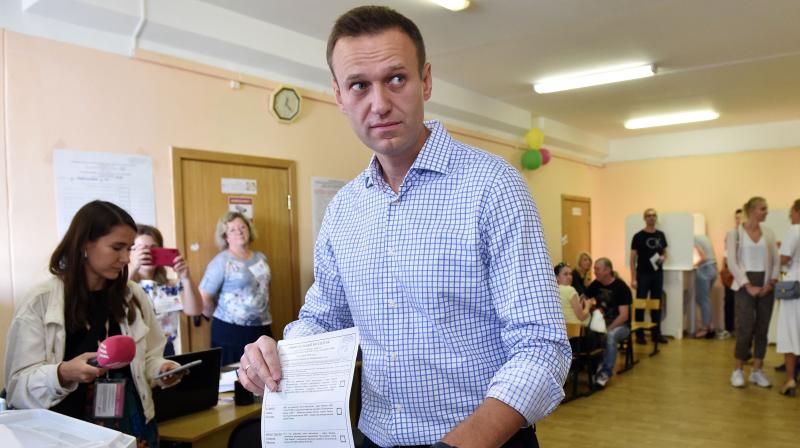 Moscow: A Moscow court on Tuesday granted a prosecutors' request for Kremlin critic Alexei Navalny to serve prison time for violating the terms of his parole.

Judge Natalya Repnikova ordered a suspended three-and-a-half-year sentence Navalny received in 2014 to be changed to time in a penal colony, an AFP journalist at the courthouse said.

Repnikova said time Navalny previously spent under house arrest in the sentence would count as time served, and, according to his team, that would mean at least two-and-a-half years in prison now.

"We're going to the centre of Moscow right now," it wrote on Twitter, urging supporters to join them.

The 44-year-old anti-corruption campaigner was detained on January 17 when he returned to Moscow from Germany, where he had spent months recovering from a nerve agent poisoning in August that he blames on President Vladimir Putin.

He was charged with violating the terms of his parole under the 2014 suspended sentence on fraud charges, because he did not check in with the prison service while in Germany.

The European Court of Human Rights in 2017 condemned the ruling in the fraud case as "arbitrary and manifestly unreasonable".

During Tuesday's hearing Navalny said the case was meant "to intimidate a huge number of people".

"They are putting one person behind bars to scare millions," he said.