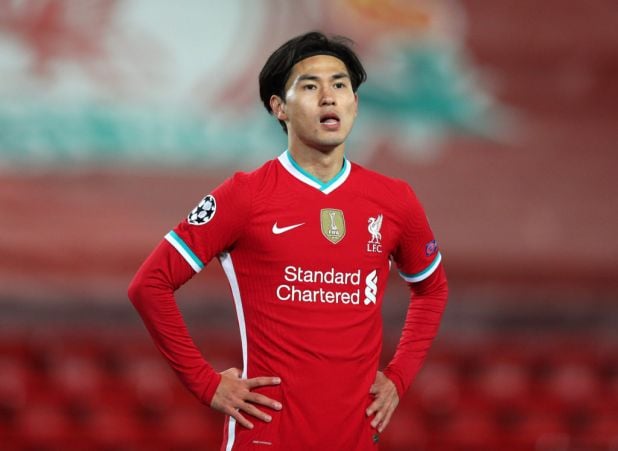 Liverpool forward Takumi Minamino has joined Southampton on loan until the end of the season.

Saints manager Ralph Hasenhuttl told the club’s website: “I am very pleased to welcome Takumi to our squad for the rest of this season.

“He will help provide another good attacking option, and is importantly the right profile of player for us.”

The 26-year-old will become the third Japan international to represent Saints, after Maya Yoshida and Tadanari Lee, and will replace Shane Long at St Mary’s after the Irishman’s move to Bournemouth.

Long’s move was announced almost two hours after the deadline and paved the way for Josh King’s exit from the Cherries to Everton.

Minamino moved to Anfield from RB Salzburg in January 2020, scored four goals in 31 appearances and won the league in his first season.

Wishing good luck to @ShaneLong7, who has completed a loan switch to #AFCB for the remainder of the season:

Hasenhuttl will be hoping Minamino helps resolve Southampton’s misfiring form in front of goal, with the Saints heading to Manchester United on Tuesday evening having drawn blanks in five of their last seven Premier League matches.

But the manager said on Monday he was not worried, adding: “I see us creating a lot of chances and it is only a question of time before we score again so it doesn’t worry me at the moment.”

Southampton moved to the summit of the league in November, but they travel to United bidding to avoid a fourth consecutive defeat having slipped to 11th.