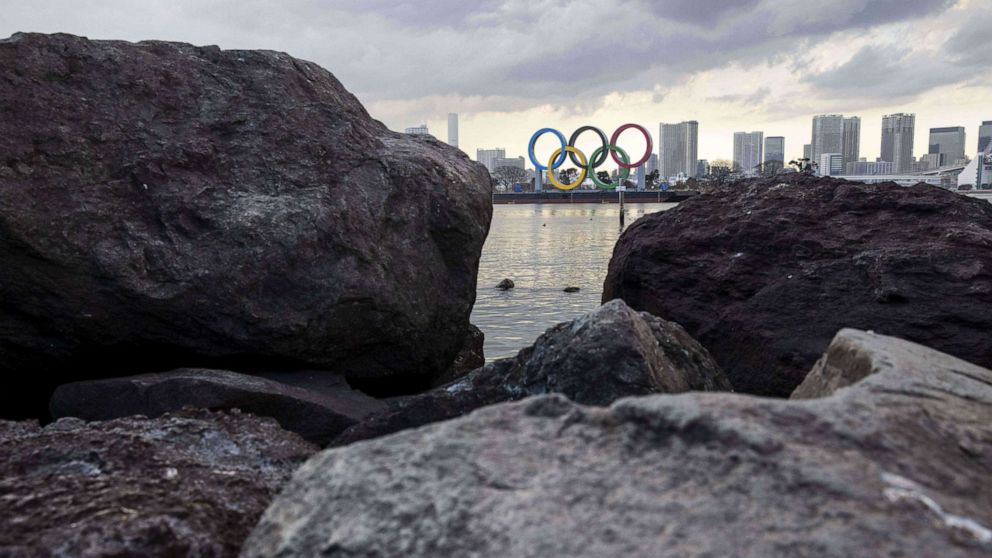 TOKYO and LONDON — Olympics organizers unveiled on Wednesday the first of a series of “playbooks,” step-by-step guides for key stakeholders to a safe and successful Games in Tokyo this summer amid the coronavirus pandemic.

“We are very confident for a number of reasons,” Christophe Dubi, Olympic Games executive director of the International Olympic Committee (IOC), said during a virtual press conference. “Tokyo is the best prepared city we have ever seen.”

The playbooks explain what to do before leaving home, when entering Japan, during the Games and when leaving the country. The outlined protocols include physical distancing and good hygiene measures, regular testing and temperature checks, as well as rules of conduct until departing Japan.

“Safety would be the utmost priority,” Hidemasa Nakamura, Games delivery officer of the Tokyo 2020 organizing committee, told reporters. “The virus will not completely disappear, wherever you are.”

“Of course, we have no telling of what the situation will be in the summer,” he added.

The playbook released Wednesday, which is for members of international federations and technical officials, states that individuals must take a COVID-19 test approved by the Japanese government within 72 hours of the departure time of their flight to the country, be prepared to take another test at the airport in Japan, expect regular testing during the Games depending on the nature of their role, be ready to have their temperature checked every time they enter an Olympic venue and be prepared to take a final COVID-19 test before departing Japan. They will not need to self-quarantine upon arrival in Japan, nor will they be required to get vaccinated against COVID-19 in order to participate in the Games.

Additional playbooks for athletes, members of the press and others will be published in the coming weeks ahead of the opening of the already delayed Tokyo Olympics on July 23. Updated editions may also be released as the COVID-19 situation evolves, according to organizers.

A decision on whether to limit spectators will be made by spring. Spectators would also be expected to follow a number of rules, organizers said.

“There are indeed a lot of questions in the public domain about how the Games will take place this summer, and today is a preliminary review on how things will be done,” Dubi told reporters. “What you see here reflects the lessons we have learned from successful measures being implemented in other sectors but also across the many thousands of sports events, which have been delivered and are currently being delivered.”

The playbooks come amid mounting pressure on organizers to explain exactly how they plan to safely hold the Tokyo Olympics amid a pandemic. In recent weeks, Japan — and much of the world — has grappled with a resurgence of COVID-19 infections.

On Tuesday, Japanese Prime Minister Yoshihide Suga extended a state of emergency in Tokyo and nine surrounding prefectures for another month, saying the situation has improved but not enough to lift the declaration across the country.

As of Wednesday, the Japanese Ministry of Health, Labor and Welfare has confirmed 393,836 cases of COVID-19 since the start of the pandemic, including 5,912 deaths. The majority of those cases have been in the greater Tokyo area, which is home to nearly 40 million people, making it one of the world’s most densely populated metropolitan areas.

Moreover, Japan is not expected to begin administering its first round of COVID-19 vaccinations until the end of February. During a press conference last week, Toshiro Muto, chief executive officer of the Tokyo 2020 organizing committee, told reporters that COVID-19 vaccinations will be administered to athletes but won’t be required to compete in the Games.

The 2020 Summer Olympics were supposed to kick off in the Japanese capital last year on July 24. But in late March, amid growing calls to delay or cancel the upcoming Games, the IOC and Japanese organizers announced that the event would be held a year later due to the pandemic. They have been outwardly staunch in their determination to go forward with the Games ever since.

With less than six months left until the opening day, a recent poll by Japanese news agency Kyodo found that around 80% of people in Japan believe the Tokyo Olympics should not be held this summer.

“I think one can say for sure that the broad consensus among the Tokyo residents now is that the Olympics cannot and should not take place as planned this summer,” Koichi Nakano, a political science professor at Sophia University in Tokyo, told ABC News in a recent interview. “It’s clear that with the resurgence of the coronavirus infection and the collapse of the medical system in the Tokyo area now, people simply do not think that the Olympics is a priority — on the contrary, they are increasingly angry that the government got distracted by it and also continued to underestimate the seriousness of the pandemic so as not to jeopardize the prospect for it.”

During Wednesday’s press conference, both the IOC and Japanese organizers insisted that there were “solid” foundations in place.

“We have to face the COVID situation,” Dubi told reporters. “The Games have to be safe.”