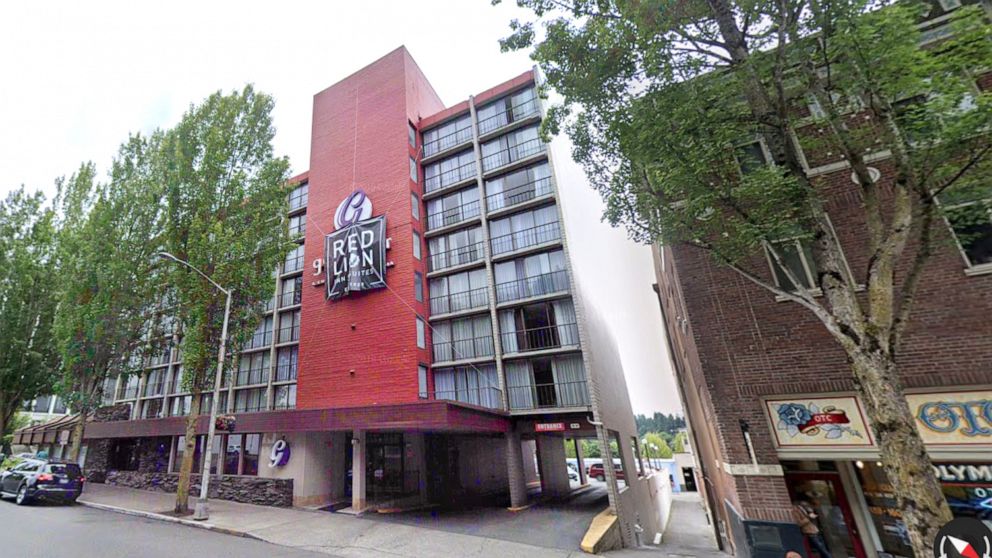 Members of a housing advocacy group were arrested in Washington state Sunday after they allegedly stormed a hotel in Olympia and occupied it while demanding better care for people living on the streets.

Olympia police said around 11 a.m., around 45 members of the group Oly Housing Now, some of whom were reportedly armed with hatchets, batons and knives and had gas masks, helmets and goggles, gathered outside the Red Lion Hotel in Olympia and made their way inside.

Oly Housing Now released a statement in which it claimed the members took the hotel for “emergency pandemic housing,” and demanded the city pay for rooms using Federal Emergency Management Agency funding.

“It’s too cold for people to be sleeping on the streets,” the statement read.

The hotel’s staff called 911 after they said they “felt under threat from the group, and that an employee was allegedly assaulted,” according to the police. The staff of seven sheltered in the hotel’s basement for the rest of the afternoon and early evening while the activists took the hotel.

Before the demonstration, the group had reserved and paid for 17 rooms, which they used to house people experiencing homelessness, according to the police. Guests in 40 rooms sheltered in place during the incident, police said.

Officers eventually escorted the staff out of the building later in the night and went floor by floor clearing out the hotel. The people without homes who were living in the hotels were connected with the city’s social services, according to the police.

“The City’s Crisis Response Unit is connecting those unhoused people to services. They will not be allowed to remain at the hotel,” the police said in a statement.

Olympia Interim Police Chief Aaron Jelcick told reporters Monday that 10 people were arrested and charged with various crimes, including burglary in the first degree, assault in the first-degree and obstruction of a public servant. Jelcick said the group allegedly recruited about 30 people from homeless encampments throughout the city to stay in these rooms, telling these individuals that they could stay in the rooms indefinitely.

No homeless individual was charged related to the incident, police said.

Representatives from Oly Housing Now did not immediately return messages for comment. A spokeswoman for the Red Lion Hotel chain said the company has been in touch with the owner of the Olympia hotel and they are working with officials in their investigation.

In a statement to the press Sunday, Olympia Mayor Cheryl Selby said the city is taking its homelessness issue seriously.

“Olympia has led on responding to homelessness, on coordinating shelter and other basic needs,” she said in a statement. “The tactics used today by Oly Housing Now are unproductive and won’t make the mission more attainable.”

To help Venezuela, Biden is urged to put people before politics