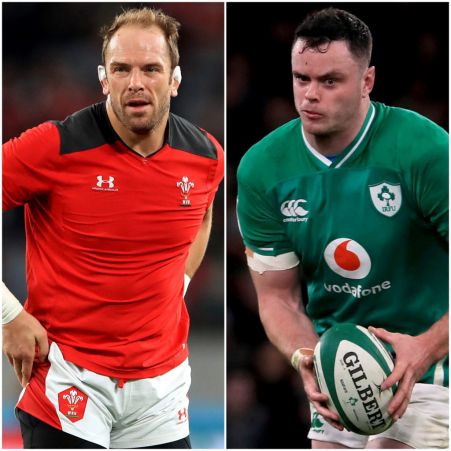 Ireland meet Wales in Cardiff on Sunday as the 2021 Guinness Six Nations Championship swings into action.

Intriguing individual battles are set to take place across the pitch, but none more so than a second-row head-to-head between Ireland lock, James Ryan and Welsh captain, Alun Wyn Jones.

Here, the PA news agency looks at how they shape up.

Leadership: Ryan is viewed by many as a Test captain-in-waiting. He only made his international debut in 2017, and he started an impressive Ireland career with eight successive victories. Aged just 24, he consistently performs with a maturity and presence way beyond his years.

Work-rate: Ryan has excelled for Ireland on a regular basis, and he was right at the forefront during last season’s Six Nations. His total of 57 carries in the competition was bettered by just three players, and he also finished fourth in the overall lineouts won statistics.

Lions verdict: Ryan also seems set to gain Gatland’s seal of approval, and he would be a first-time Lion.

Ryan could also find himself in a selection battle with Jones to make the Test team, with England forward Maro Itoje a clear favourite to fill one of the second-row berths, leaving a vacancy as his partner.

Leadership: Jones leads the way in training, working through drill after drill as an inspired presence, and his match-day standard has never waned across a world-record 152 appearances for Wales and the British and Irish Lions.

He first skippered Wales at the age of 23 and captained Wales to a Six Nations Grand Slam, in addition to spearheading their 2019 World Cup campaign.

Work-rate: It can be tiring just watching Jones, and the amount of work he gets through during a game.

The basics – scrum and lineout – are taken as read, but his tackle count is often near the top when it comes to Wales’ match-day statistics, and he is also right up there when it comes to carries and metres made.