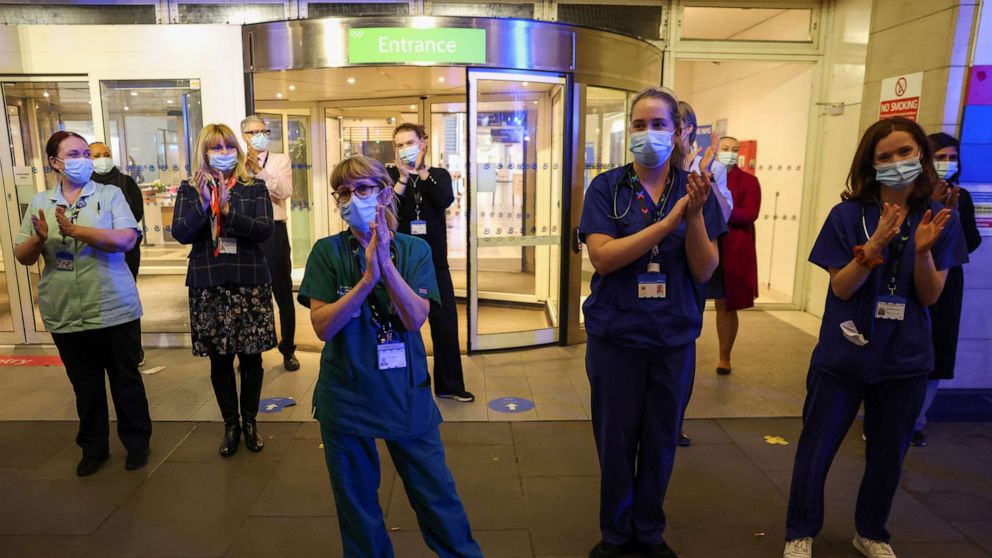 Tributes continue to pour in for Capt. Sir Thomas Moore, the World War II veteran who raised tens of millions of dollars for front-line health workers and inspired many during the coronavirus pandemic.

Moore, affectionately known as “Captain Tom,” died Tuesday at the age of 100 after testing positive for COVID-19 a week earlier. He had received treatment for pneumonia over the past few weeks, his family said.

As news of his death spread, murals and memorials sprung up across the nation.

Prime Minister Boris Johnson announced he would lead a “clap to honour the life” of Moore as well as “all those health workers who he recognised with his fundraising” on Wednesday.

People around the country responded to the call to pay tribute to Moore, with applause coming from hospitals, homes and even soccer stadiums.

His family, too, participated in the applause, holding hands and, for some, in tears.

“Captain Tom’s family are incredibly touched by the public’s suggestion of #ClapForTom,” the family posted on Twitter. “They will be taking part with huge love in their hearts for their father, grandfather and father-in-law.”

Moore rose to international prominence in April 2020 when he began fundraising for the health workers who had treated him for cancer by walking around his garden in Buckinghamshire, England, in the weeks leading up to his 100th birthday.

Moore initially set out to raise just £1,000 ($1,370). In the end, he is estimated to have raised £33 million ($45 million) for essential workers. His efforts captured the hearts of millions in the U.K. and abroad in lockdown, and he was even knighted by Queen Elizabeth II in July.

“Tonight we came together as a city and country to clap from our doorsteps, windows and gardens and honour the legacy of Sir @CaptainTomMoore,” London Mayor Sadiq Khan tweeted Wednesday. “To all the health workers he recognised through his incredible fundraising: thank you.”