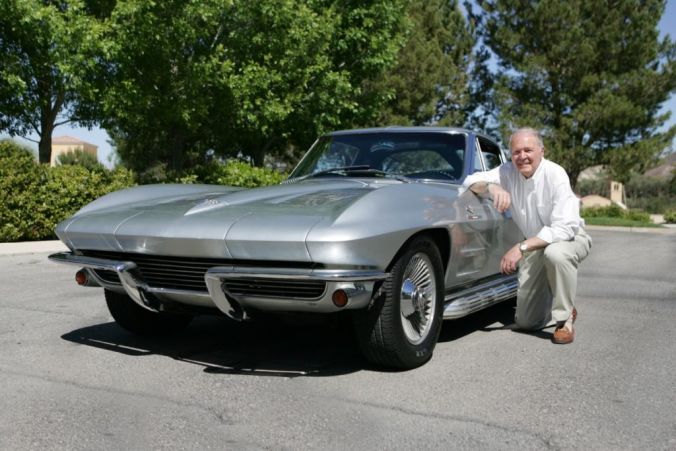 Car designer Peter Brock: "The Corvette Stingray is already an accepted icon in the world of automotive motor design, but we want to take all the best aspects of that design and make it crisper."

Irish businessman Norman Crowley says that he’s going to bring car-making back to Ireland, with a new venture called AVA (an acronym apparently drawn from the Latin Ad Vitam Aeternam – Forever, for eternity, for life).

AVA’s plan is to build what Crowley calls a “hyperclassic” – a new family of electric cars, with very high performance, but with styling inspired by some of the greats of motoring’s past.

To that end, Crowley has recruited two of car design’s biggest hitters – Ian Callum and Peter Brock. Callum you may not have heard of, but you’ve certainly seen, and possibly driven, many of his designs. He made his name with the 2002 Aston Martin Vanquish, but went on to be Jaguar’s head of design for more than 15 years, and oversaw the creation of cars such as the XF, XE, I-Pace, F-Pace, and F-Type.

Brock is a name more aptly known to dyed-in-the-wool car enthusiasts, but his work has been hugely influential. As well as working with the head of General Motors design, Harley Earl, on the original Chevrolet Corvette Stingray, he also created the Daytona Coupe for Carroll Shelby – a slippery, sexy body for the famous Cobra sports car, that brought it to Le Mans glory.

Now, Brock and Callum will be working together on Crowley’s hyperclassics, and the cars are destined to be built in the AVA Studio at Powerscourt, Co Wicklow.

The first design is due to be unveiled at the end of February, and it’s destined to have a power output of between 1,200 and 2,000hp (which is a heck of a big ballpark) and to cost between €1.2 million and €2 million.

While details of the car’s styling are yet to be confirmed, it’s clear from the comments made by the team that it will be heavily influenced by that original Corvette Stingray. It stands to reason: it’s one of Brock’s most famous creations, while Englishman Callum is known to be a huge fan of classic American car designs.

“The partnership aims to push the limits of advanced engineering to breathe energy of the future into cars of the past. It will bring together heritage, iconic design and high-performance, to create an entirely new automotive offering,” said Norman Crowley at the launch of AVA’s automotive ambitions.

Speaking from his home in Nevada, Peter Brock said: “To be involved in this project is a tremendous responsibility. The Corvette Stingray is already an accepted icon in the world of automotive motor design, but we want to take all the best aspects of that design and make it crisper.”

Norman Crowley previously built up and sold businesses including Trinity Commerce, Inspired Gaming Group and The Cloud for a reputed €750 million.

Asked if these new plans overwrite the previous announcements for Crowley’s Electrifi company, a spokesperson said: “Absolutely not. We will have some significant announcements regarding Electrifi in the coming months.”

The emotional stages of Pancake Tuesday