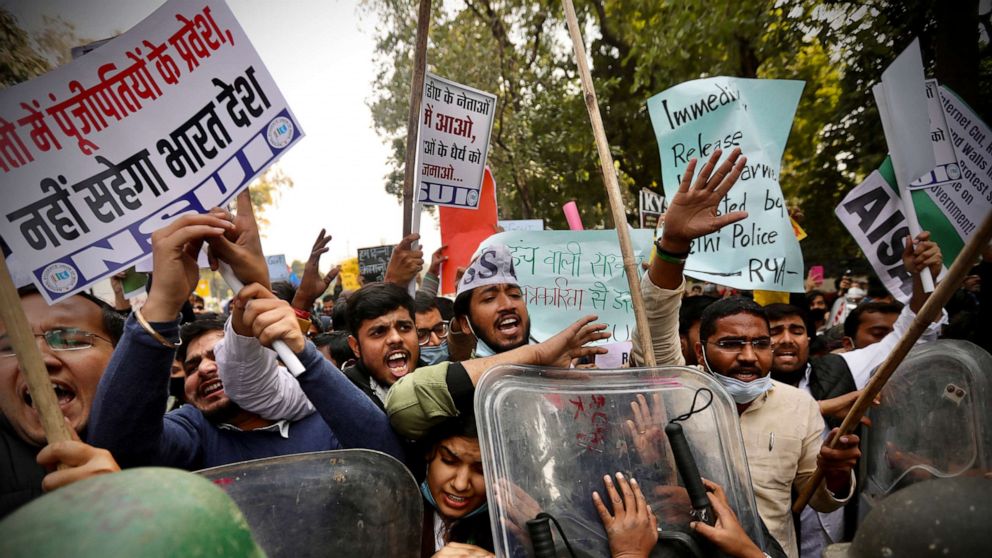 LONDON and DELHI — The Indian government has dismissed calls of international support for a major protest movement of farmers from celebrities as “neither accurate nor responsible,”as ongoing demonstrations against a controversial new law continue to pose a major challenge to Prime Minister Narendra Modi’s government.

The pop singer Rihanna and climate activist Greta Thunberg are among the most prominent figures who have tweeted to raise awareness for the farmers’ protests, which have seen the farmers camped out on the outskirts of Delhi for over a month.

The protests began nationally in September, just after Modi’s government pushed through reforms to liberalize the agricultural sector, which employs over half of India’s workforce in some way, and has been protected from the free market for decades.

The Indian government argued that these reforms this will boost productivity and incomes across the sector, but farmers are convinced they will be left at the mercy of big corporations.

In November, the protests intensified when tens of thousands marched on New Delhi. While they were stopped from entering into the capital, huge numbers of protesters set up camps along various border points before the protests reached a flashpoint on India’s Republic Day on Jan. 26, when thousands of farmers stormed Delhi’s historic Red Fort and clashed with police.

Several injuries were reported during the protests and one protester died during the clashes. Indian authorities have since blocked internet services in areas where the farmers are currently camped.

The Indian government has claimed that “vested interest groups” have forced their agenda on the protests, and described the social media reaction as “sensationalist” in a press release issued on Wednesday.

Initially, the government was open to amendments being made to the law but the farmers outright rejected that notion saying the law needed to be completely repealed.

Human rights groups have criticized the government’s handling of the protests. While police brutality has not been seen on the scale of other recent protests, several journalists covering the movement have been accused of sedition and arrested for reporting on the protests.

Concrete barriers have also been erected and a heavy police presence maintained to prevent free access to the protest sites. In 2020, Human Rights Watch described India, which is the world’s largest democracy with a population of 1.3 billion people, as the “global leader in shutdowns,” following a prolonged suspension of internet services in the restive state of Kashmir.

Under the rule of Modi’s nationalist political party, the BJP, India has faced criticism for alleged clamping down on freedom of speech, its actions in Kashmir, and a controversial new citizenship law which opponents say is designed to bar the country’s significant Muslim minority from attaining citizenship.

But no protests against those moves has been quite as dramatic — or as long lasting — as the farmers’ protest in India.

The government have said they have offered to keep the new agricultural laws, which they claim will give “expanded market access [and] greater flexibility” to farmers, on hold, but the protests have shown no signs of abating.

“We won’t leave until Modi takes back these laws,” Balwinder Singh Raju, a farmer from a Punjab organization who has been camped out at a protest site since November, told ABC News. “We’re here to stay for as long as it takes. For months if needed.”