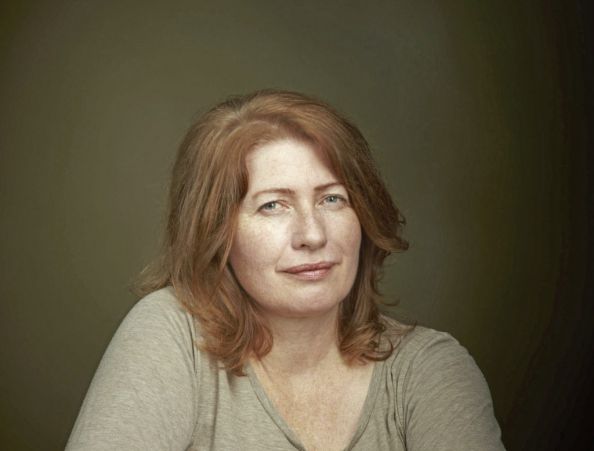 Bestselling novelist Belinda Bauer was watching a documentary about a group in America which supports those with terminal illnesses to “exit” with dignity if they so wish, when her latest idea for a novel struck.

“I couldn’t help thinking how this could go horribly wrong, and knew I’d have to write a book about it,” says the author and former screenwriter whose bestselling thrillers include Snap, The Beautiful Dead and Rubbernecker.

Bauer, 58, did a lot of research on the law surrounding the right to die debate and the groups which support it. “I didn’t get the impression they were bonkers,” she says evenly, “but like anything, it does make you think about legislation. The end-of-life question is a minefield.”

However, she reveals: “I’ve always thought there should be laws introduced to allow people to choose the way they end their life, particularly when they are in pain.”

So evolved her latest novel, Exit, which centres on pensioner Felix Pink, part of a group called the Exiteers, which aids (but does not assist) those who are terminally ill to make a dignified exit. But one of his cases, carried out with a 23-year-old newbie Exiteer, goes horribly wrong and soon Felix finds himself on the run from police.

While the subject is dark, there is much humour in the novel, most notably from the older generation of protagonists.

Belinda Bauer's #Exit is out now! The page-turning, twisty new crime novel is perfect for fans of @richardosman's The Thursday Murder Club.

A former journalist, Bauer was a screenwriter for seven years but found it hard going when the films she worked on didn’t make it to the screen. (She earned a living as she always got paid for the script.)

“I was so desperate to see my name on the big screen. I love movies and wanted to be part of that world.

“It was such a slog,” she continues. “If I’d been a successful screenwriter, I wouldn’t be writing books now. I wrote books because I failed at screenwriting. I had my first one [screenplay] made into a movie, which was never released.

“It was very demoralising to put all that effort and emotion into a piece of work for it not to see the light of day.

“It became so frustrating to tell people I was a writer and they’d say, ‘Ooh, what have I seen?’ and I’d say, ‘Absolutely nothing’. I think my mother thought I was a drug dealer because I always had money but never had anything to show for it,” she jokes.

She took a mortgage holiday while she wrote her first novel, Blacklands, which won the 2010 Crime Writers’ Association (CWA) Gold Dagger award and became an instant hit.

Ironically, she had never read a crime novel when she started writing Blacklands.

“After years of struggle, I became an overnight success. It enabled me to immediately stop writing screenplays and start writing books full time. It’s a complete privilege. I found the book world a much kinder place to be.”

One of my favourite authors, #BelindaBauer, has been longlisted for the #Booker. Literary prizes are finally giving #crimefiction its due https://t.co/Go2FR5gs8u

In 2018 her thriller Snap was longlisted for the Man Booker Prize, which was an enormous surprise considering that commercial thrillers are not generally the type of genre favoured by judges.

“Yet, I’ve always had great ambition for my books,” she notes. “Being nominated for the Booker Prize was hilariously exciting, but at the same time I thought, yes, this is what thrillers and crime novels deserve. They should be considered real writing, not to be sidelined by snobs.”

“I got a lot of flak on Amazon for Snap,” she continues. “I got a lot of one-star reviews because people were so cross that when they read it, it wasn’t what they considered a Booker-nominated book ought to be. A lot of the bad reviews would mention the Booker nomination and then go on to say how c*** the book was.

“I know that those people were influenced because they were angry that the book had been nominated for the Booker Prize.”

Her crime novels have also attracted unwanted attention on occasions from fans who have unnerved her.

“I had somebody who was in a position at work where he was able to access my personal records. He emailed me one day and said, ‘I know where you live’. That was absolutely terrifying, so I adjusted the way I behaved online and at festivals.

“The person apologised the next morning, but it’s something which affected me. I increased security. It was very frightening.”

Today, she’s on Facebook but no other social media platform. Her publishers tweet for her, she says.

“I am really anti-social media. I don’t think it does an awful lot of good and I just use it to inform my readership of books that are coming out. I think it’s a big time-waster.”

She lives just outside Cardiff, and has a long-term partner, Simon, an IT consultant she’s been with for 13 years, although they don’t live together.

“If we’d lived together it would only have been about two,” she says wryly. “He lives a decent distance away. He’s the smartest man I’ve ever known. We met on Match.com – we bonded over grammar.”

He’s under strict instructions never to ask her to marry him, she reveals.

“It will only embarrass both of us when I say no. I don’t believe in living with anybody else, but I don’t think I could bring myself to marry somebody and keep them in a different house. We see each other regularly, but not enough to get bored with each other or to take each other for granted.”

Eeek! The final 10 pages of a terrific page-turner. A moment to savour…

Read the whole of @BelindaBauer first trilogy over Christmas. Just what I needed to switch-off from work for a bit.

These days, she’s a regular at crime-writing festivals (or was pre-pandemic) and her pals on the circuit include Sharon Bolton, Mark Billingham and Lee Child.

“The crime-writing world is the best world to be in. People are so kind, helpful and friendly. Crime novelists are the funniest people I know. We all have a good laugh and a drink together.”

She may not have made it as a screenwriter, yet two of her novels – Rubbernecker and Snap – are currently in development for TV adaptations. Scripts have been written, but progress has been slow because of Covid and Christmas, she explains.

Smarting eyes, heavy lids, tight neck, aching arms, eye bags: Worth It. #belindabauer skewers the nerves again, leaves you ruddy well wondering how she does it. Unlike any others you’ve read and all the better for it. Thanks for another sleepless night, BB. ❤️📚 pic.twitter.com/c1UTPWJubs

While she has been offered the chance to write the screenplays for TV adaptations, she hasn’t so far taken them up because she feels it would be too much work when she is writing novels at the same time. But she hasn’t given up on the possibility of writing an adaptation of her own novels.

“I adore movies and would love to get back to it at some point. Although it’s a crazier world, if I was on my death bed I’d be disappointed that I’d never made a movie.”

The loss of happiness, an intangible fallout of COVID-19

World Pangolin Day: 7 things you never knew about the animals once blamed for Covid