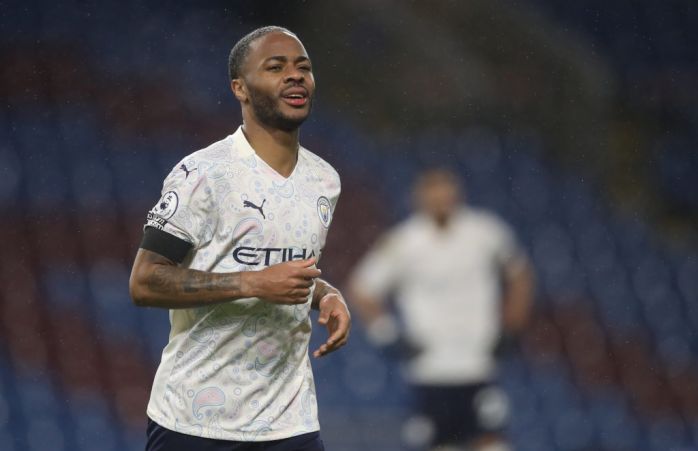 Raheem Sterling believes Manchester City’s squad unity has been the key to their winning run.

Pep Guardiola’s side restored their three-point advantage at the top of the Premier League table as a 2-0 victory away to Burnley on Wednesday night made it 13 wins on the bounce in all competitions.

But Guardiola acknowledged after the match life will only get more difficult for City now as they begin a tough run of fixtures away to Liverpool on Sunday.

Sterling, who got the second at Turf Moor shortly before half-time after Gabriel Jesus’ early opener, said the players would not change their mindset for the game.

“It’s togetherness,” he said. “You see how difficult it’s been for, not just us, but everyone. It’s about grinding results out and that’s what we’ve been doing.

“Going into that one (Liverpool game) it’s the same as (at Burnley). We’ll try to keep our focus and go for the win.”

City will make the trip to face Sterling’s former club with history against them, having not won at Anfield in the league since 2003, but the respective form guides suggest they should be favourites.

While Guardiola’s side are unbeaten since November, the wobbles of Jurgen Klopp’s side continued on Wednesday night as they suffered a second consecutive home defeat, 1-0 to Brighton, to fall seven points behind City having played a game more.

Burnley were the side to inflict the other Anfield defeat two weeks ago, but they gave City no such problems at Turf Moor in what turned into a routine win for Guardiola’s side.

“The more you win, the better you feel and that’s what we’ve done,” Sterling added.

“We knew exactly what they [Burnley] would bring to the game being physical, second balls and putting balls in the box, and I thought the boys at the back dealt with them really well.

“It’s good to get another win and keep another clean sheet. We’ve been on a good run and we need to continue that now.”

Though they failed to take a number of chances to add to their lead after the break, City were never troubled by Burnley, who did not register a shot on target in the game as City recorded a sixth consecutive Premier League clean sheet.

“After scoring early, we were struggling a bit to break the lines, with the first pass,” Guardiola said.

“Sometimes you don’t want to waste more energy, but it was a good result.

“Burnley away, everyone knows how difficult it is. We didn’t concede again and created clear, clear chances so in general I’m satisfied. We rest, then the next one.”