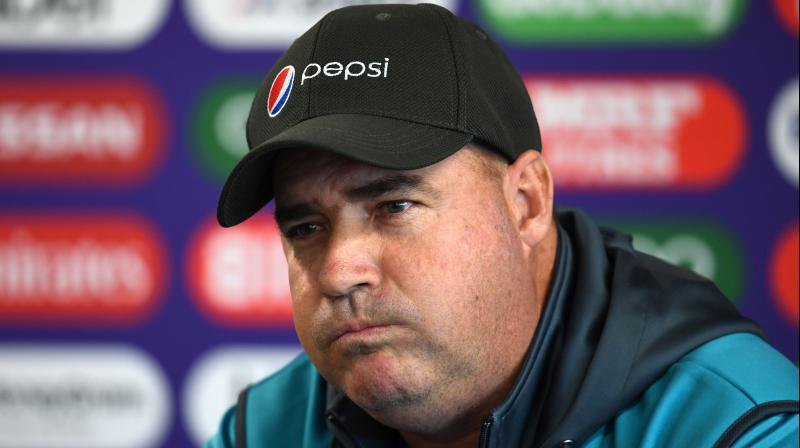 Sri Lankan head coach Mickey Arthur and the top order batsman Lahiru Thirimanne, who were tested positive for Covid-19 on Wednesday have been isolated in the private hospital (Nawaloka), it is learnt.

"Arthur has been shifted from the hotel (Taj Samudra) and Lahiru from his home", the source, speaking from Colombo, said on Thursday morning.

"They will be quarantined at this intermediate care facility for 14 days".

"All other players have been asked to be isolated from their home".

Mickey Arthur, who apparently is the first known international cricket coach affected, tweeted,  "Thank you to everybody who has sent their wishes….not sure how I picked up Covid because I have not done much post the England series but just shows to everybody be careful and stay safe!".

One of the medical persons attached with the sports ministry and the Sri Lanka Cricket (SLC) board refuted the media reports, which claimed that Lahiru may have been affected after attending Sadeera Samarawickrama's wedding on February 2.

"Arthur didn't attend the wedding. All players (and support staff) were tested at around 11.00 AM and the wedding was only in the evening", the medical person, added.

"We didn't warn players specifically to attend the marriage but they have been asked to avoid the gatherings".

The decision to reschedule the West Indies tour has already been discussed.

"We are meeting the SLC tomorrow morning (Thursday evening-Sri Lanka time)", Johnny Grave, the CEO of the CWI (Cricket West Indies) said over the telephone from Antigua.

"We are hoping for Sri Lanka to still come here in March as planned. They were due to arrive in Antigua on the 20th February".

"They will be quarantined for three days in the hotel. Then they can practice from day 4, subject to returning negative tests on arrival and day 3", the CEO further added.