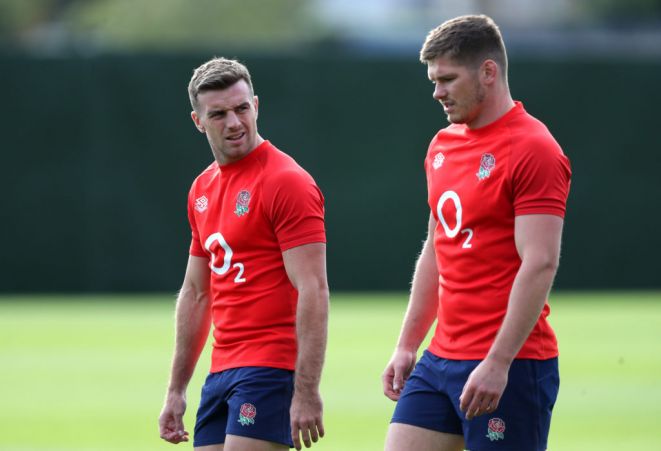 Owen Farrell (right) has been given the nod over George Ford, © PA Wire/PA Images

For the first time since the 2019 World Cup quarter-final victory over Australia, George Ford has dropped to the bench, making way for the more muscular trio of Farrell, Ollie Lawrence and Henry Slade.

Ford missed the start of the autumn because of an Achilles injury but having been restored to full fitness, he was picked as chief conductor for the victories over Wales and France.

Your England team for Saturday's #GuinnessSixNations match against Scotland at Twickenham 🌹

It will be Lawrence’s fourth cap and first Six Nations appearance and the Worcester inside centre will be given the role of midfield battering ram at which he showed promise during the Autumn Nations Cup.

Apart from the adjustment made at fly-half and 12, Jones has retained the same backline that sent France spinning to defeat in sudden death at Twickenham two months ago.