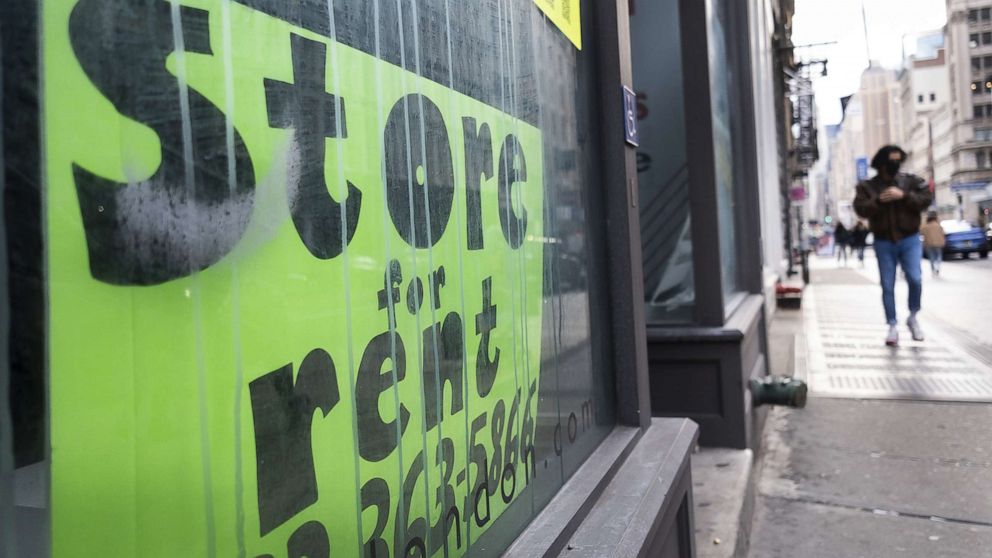 The U.S. unemployment rate dipped slightly to 6.3% in January — down just 0.4% from last month — and employers added some 49,000 jobs, the Department of Labor said Friday.

This the first jobs report since President Joe Biden took office and comes as the economy remains under pressure from the coronavirus pandemic.

Last February, before COVID-19 upended the labor market, the unemployment rate in the U.S. was 3.5%.

Notable job gains last month occurred in professional and business services and in the education sector, though these were offset by losses in leisure and hospitality, retail trade and other industries, according to the DOL.

Employment in leisure and hospitality — an industry hit hard by the pandemic — fell by 61,000 jobs last month. Since February, employment in this sector is down by nearly 3.9 million jobs, the DOL said.

“Overall, I would characterize the pace of the recovery as quite sluggish,” Daniel Zhao, the chief economist at the jobs site Glassdoor, told ABC News ahead of the report’s release. Zhao noted that the economy is still approximately 9 million jobs “in the hole” or behind pre-pandemic levels.

Looking at the medium-term recovery, Zhao added, “the virus is in the driver’s seat, there’s no getting around it.”

“It’s like you’re trying to light a campfire with wet tinder, it’s difficult to get that recovery ramped up immediately, and consequently that’s more time for longer-term economic damage to accumulate,” he said.

The latest report continues to highlight uneven recoveries among racial groups. The unemployment rate in January was 5.7% for white workers, 6.6% for Asian workers, 8.6% for Hispanic workers and 9.2% for Black workers.

The unemployment rate for 6% for both men and women last month.

“I think any relief needs to be focused on building a bridge for Americans until later in the year, when a vaccine will be more widely available,” Zhao said. “And, if anything, we can’t let the perfect be the enemy of the good. There is value in making sure that any relief gets out the door as quickly as possible.”

Zhao noted how last December’s relief package was “so last-minute that many Americans faced an interruption in their unemployment benefits — which is not a good way to make sure that Americans can keep up with their bills.”

On Thursday, Treasury Secretary Janet Yellen similarly highlighted the “urgent need” for new pandemic relief, saying “seeing long lines of people waiting to get food around the country is something we should never see in the United States.”

“This is really an urgent need, and we need to act big,” Yellen told ABC News’ Robin Roberts. “We have to make sure that we provide a bridge so that people aren’t scarred indefinitely by this crisis.”