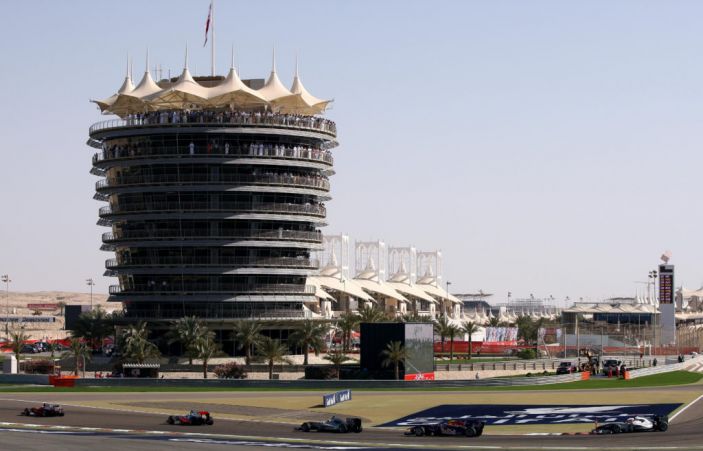 Formula One bosses are exploring the possibility of starting the new season with consecutive races in Bahrain.

Following the postponement of the Australian Grand Prix until November, Lewis Hamilton is due to begin his bid for an unprecedented eighth world championship in the Gulf Kingdom on March 28th.

Imola is set to host the next round on April 18th, but with continued doubts over where the third race will be staged, F1 is considering a second grand prix in Bahrain.

Get these dates and times down in your diary! 📖

You'll notice a few changes in the timings for 2021… 👀#F1https://t.co/qCeAbUMGqB

It had been anticipated that Portugal’s Portimao circuit would be the venue for the third round on May 2nd, but the country has recently been added to the UK government’s ‘red list’, meaning those returning to England would be subjected to 10 days of hotel quarantine.

Six of the 10 teams are based in the UK and it is unclear if elite sport will be exempt from the government’s rules.

As such, Bahrain could host a second round on April 4 with the race in Imola potentially pushed back a week. However, it is understood Bahrain GP officials are yet to be formally approached by F1.

The first will be remembered for Romain Grosjean’s dramatic escape from his fireball inferno, while George Russell was cruelly denied a maiden victory as Hamilton’s stand-in the following weekend on the track’s shortened outer loop.

If Bahrain does host an extra round it is expected that the outer loop would again be used.

Despite the problems posed by the coronavirus pandemic, F1 chiefs remain hopeful of completing a record-breaking 23-round season. Testing for the new campaign takes place in Bahrain in the second week of March.

Mercedes have revealed they will unveil their new car on March 2nd although Hamilton’s future is yet to be determined. The seven-time world champion’s contract expired on the final day of December and discussions over an extension remain ongoing.