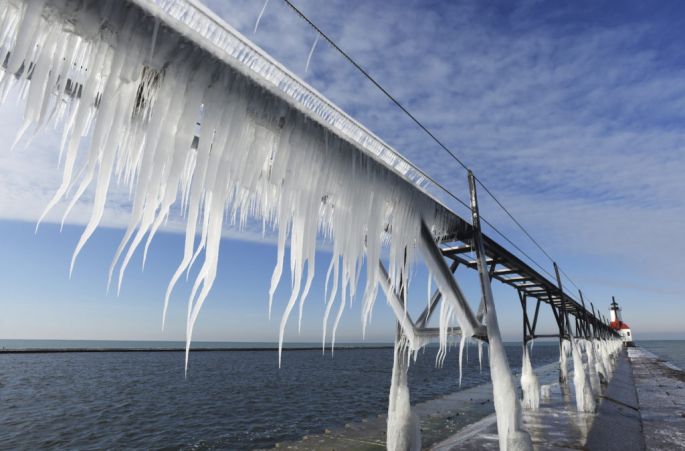 The US Coast Guard and several other agencies have rescued 66 people stranded on ice floes in a bay on Lake Michigan.

Ice boats and helicopters were used to reach the people who had been ice fishing in Door County, Wisconsin.

Three separate ice floes broke away after cracks developed between the shore and groups of people, the Coast Guard said.

High winds associated with an approaching winter storm pushed the floes further from shore. No one was injured.

“Today’s success is a direct result of effective training and the longstanding and close relationships with our agency partners in the greater Sturgeon Bay area,” said Commander Bryan Swintek, search and rescue co-ordinator for Coast Guard Sector Lake Michigan.