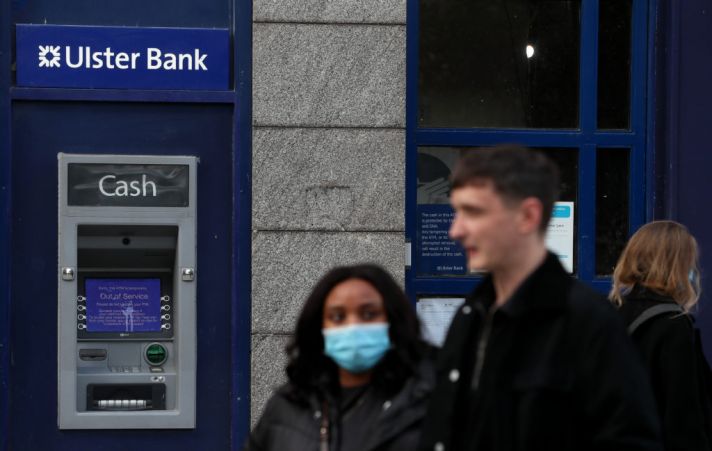 Ulster Bank staff who joined an online meeting with Financial Services Union (FSU) officials on Wednesday expressed “fury and dismay” over the lack of communication from management on a review in the lender’s future, according to the union.

More than 500 Ulster Bank employees joined the call, amid mounting speculation that Ulster Bank’s UK parent NatWest will announce the outcome of a strategic review into the Irish unit at its annual results on February 19th.

NatWest has been actively considering winding down the division as the impact of Covid-19 has served to further depress Ulster Bank’s profit returns.

“NatWest’s lack of communication with staff around this strategic review is disrespectful and has caused considerable stress and uncertainty for them,” said FSU general secretary, John O’Connell.

“This was highly evident at today’s meeting, where staff expressed fury and frustration at how they – and their customers – are being treated.

“They said this uncertainty – which would be difficult in normal times, not to mind in the middle of a pandemic – is having an impact on their mental health, as well as on their relationship with their customers, some of whom have been with the bank for years, as they have no answers to their questions.”

The FSU will convey the sentiment of the meeting directly to Ulster Bank chief executive Jane Howard at a meeting on Thursday, he said.

“It is not a sustainable position for the bank to continue with its existing line about the strategic review process, as it risks taking people for fools. All indications point to a decision being made in the next two weeks.”

Ulster Bank has cut more than 1,000 roles in the Republic since 2008 and had unveiled a plan to cut 266 of its remaining 2,800 positions before news of the strategic review emerged. It has 88 branches throughout the State.