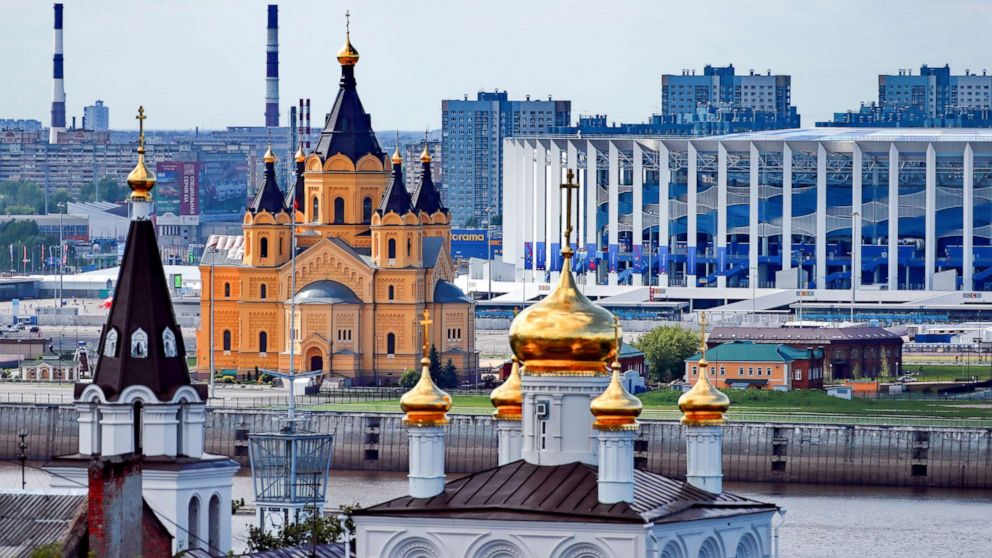 A Russian LGBT rights group says two young men it helped escape Chechnya have been kidnapped from a safe house in central Russia by Chechen security forces and returned to the region against their will, where they could face torture.

The Russian LGBT Network, a Saint Petersburg-based charity with branches throughout Russia, according to their website, has helped hundreds of people in recent years leave Chechnya, a mountainous region in southern Russia, where security forces routinely imprison and torture people they suspect of being homosexual.

The charity had helped Salekh Magamadov, 20, and Ismail Isteyev, 17, leave Chechnya last year after they were detained by police for two months and tortured, a representative for the network said.

The two were resettled in an apartment in Nizhny Novgorod, about 250 miles from Moscow.

But on Thursday one of the men made a panicked call to a worker at the charity calling for help, while in the background shouts from unknown people could be heard, David Isteyev, who took the call, told ABC News.

The apartment was ransacked and the two men disappeared, Isteyev said. According to his information, the two men were seized by local police who then handed them over to Chechen security agents, who drove them to Chechnya.

A lawyer for the two men has flown to Chechnya to find them.

The lawyer, Alexander Nemov, who represents LGBT Network, told ABC News by phone that police had told him the two were being transported to the town of Gudermes, west of the capital Grozny.

He said that police had confirmed that the two men had been detained as witnesses in relation to an old criminal case, but would not say what the case was. Neither man is a suspect in the case, he said.

Nemov said he was concerned for the men’s safety because they were taking an unusually long time to arrive in Gudermes and had still not arrived Friday night, long after local police said they would.

“At the present moment we aren’t occupied with defending either Isayeva or Magamedova. We are trying to at least just find them,” Nemov said. “A significant amount of time has passed and that is very suspicious,” he said.

The lawyer said it was good that the police had at least confirmed they were the ones who had detained the two men. He asked why as witnesses they had been forcibly brought to Chechnya.

“They both are not suspects. They are witnesses. Why did they need to question them specifically in Chechnya? And for that bring them a thousand kilometers,” Nemov said.

The LGBT Network said a complaint about the men’s detention was being filed to Russia’s Investigative Committee that handles serious crimes.

The alleged abduction highlights ongoing persecution of LGBT people in Chechnya under its strongman leader Ramzan Kadyrov. The routine kidnapping and brutal torture of gay men and women in the republic has been heavily documented by rights groups and journalists, since a so-called “gay purge” in 2017 made global headlines, when dozens of men were rounded up and tortured at police bases.

Despite an international outcry, little has changed and the persecution has never stopped, with security forces continuing to regularly kidnap and abuse LGBT people, as well as those who criticize Kadyrov.

An ABC News Nightline documentary in 2019 documented the cases of several gay men who were taken by police and tortured, beaten with rods and electrocuted.

Chechen authorities have dismissed the allegations by telling media repeatedly that homosexuality doesn’t exist in Chechnya or that people who are gay can’t be Chechen.

Despite the extensive documentation of the illegal detentions and torture, the federal Russian government has never condemned the persecution in Chechnya or ensured those responsible be brought to justice.

Chechens living in exile in Europe have said they fear the reach of Kadyrov’s security forces even there. Over the years there have been repeated reports of death squads targeting critics of Kadyrov and recently such activity seems to have intensified, with four assassinations or attempted killings against opponents in Europe in a year.

Last July, Mamikhan Umarov, a former rebel commander, was shot dead in Vienna. Earlier that year, a well-known YouTube vlogger Tumso Abdurakhmanov fought off an attacker with a hammer who nearly killed him at his home in Sweden.

The two men taken on Wednesday, Magamedov and Isayev, were seized by police in Chechnya last April, according to the LGBT Network. Magamadov had been a moderator in a social media group that mocked Kadyrov’s government, Isteyev said.

During their detention, police found material on the men’s phones indicating their sexuality, Isteyev said. They were kept in detention for two months, beaten and humiliated, according to Isteyev, who said they were released after they made video statements posted online where they appeared under duress.

After their release they were put under the control of police and ordered to remain in contact with them, Isteyev said. Following more threats, the LGBT Network helped the men leave.

The United States and European countries have condemned the persecution of LGBT people in Chechnya. The U.S. Treasury Department in December announced additional sanctions against Kadyrov himself and six others, as well as a foundation and a mixed-martial arts club linked to him.