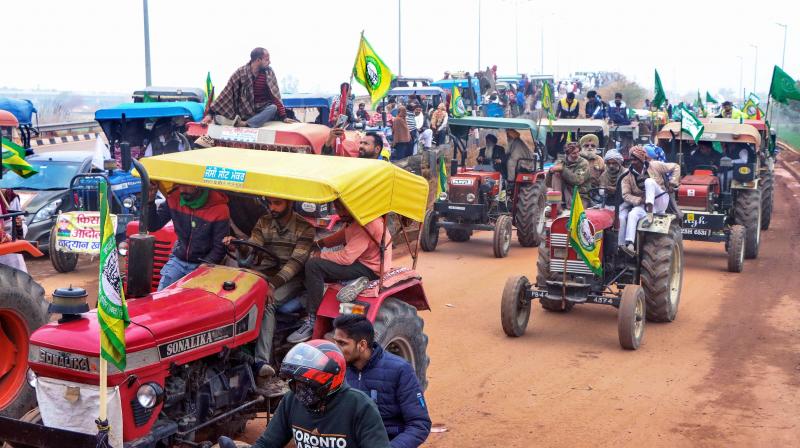 New Delhi: The Editors Guild of India on Monday expressed concern over the incarceration of freelance journalist Mandeep Punia who was reporting on the farmers' protest at Singhu border, saying the arrest was an attempt to muzzle courageous voices of independent scribes.

In a statement, the EGI demanded immediate release of Punia and "Delhi Police restore circumstances in which the media can report without fear or favour."

Punia and Dharmender Singh (with Online News India) were detained by Delhi Police on Saturday evening for allegedly misbehaving with security personnel on duty at the Singhu border where farmers have been protesting the Centre's three farm laws.

While Singh was later released, the police arrested Punia on Sunday.

The EGI is deeply concerned over the incarceration of freelance journalist Mandeep Punia who was reporting on the farm protest from the Singhu border. Punia's arrest is an attempt to muzzle young courageous voices of independent journalists that through reporting are busting fake news and speaking truth to power.

EGI demands that Mandeep Punia be released forthwith and Delhi Police restore circumstances in which the media can report without fear or favour," the statement signed by EGI president Seema Mustafa said.

The Indian Women's Press Corps, Press Club of India and the Press Association had on Sunday demanded Punia's immediate release and said no journalist should be disturbed while carrying out their duties at any place.

"Such crackdowns impinge on the media's right to report freely and interferes with our right to freedom of expression, and freedom of the press as guaranteed by the Constitution of India," the bodies had said in a joint statement.