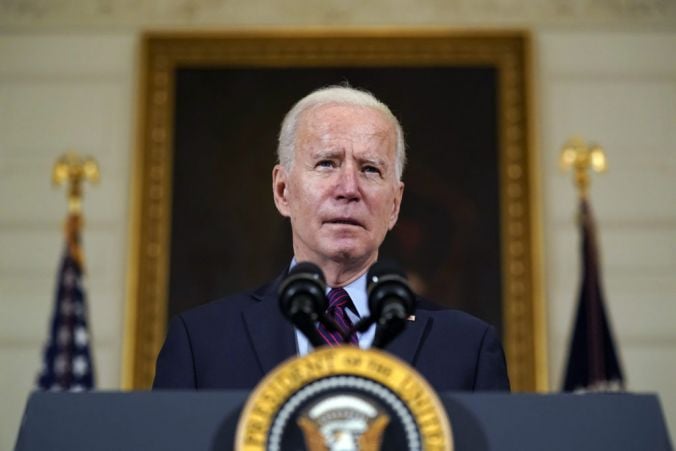 President Joe Biden has laid out his case for moving fast and without Republicans, if necessary, to pass his 1.9 trillion dollars coronavirus relief package.

The stakes for the country and economy were amplified on Friday morning by the release of the government’s jobs report for January, which showed that hiring had stalled to a pace that could hinder a return to full employment for several years.

Some 406,000 people left the labour force last month as deaths from the pandemic have surged.

“A lot of folks are losing hope,” President Biden said in a speech at the White House.

“I believe the American people are looking right now to their government for help, to do our job, to not let them down. So I’m going to act. I’m going to act fast. I’d like to be doing it with the support of Republicans… they’re just not willing to go as far as I think we have to go.”

The jobs report landed shortly after Senate Democrats cast a decisive vote to muscle the Covid relief plan through the chamber without Republican support, a step toward final approval next month.

Vice President Kamala Harris cast the tie-breaking vote in the Senate, her first.

President Biden’s speech solidified a marked shift in tone and strategy for a president who entered the White House pledging bipartisanship and met on Monday with 10 Republican senators pushing a slimmed-down 618 billion dollars alternative.

President Biden concluded in his Friday speech that aid at that level would only prolong the economic pain.

Senate Democrats applauded after Ms Harris announced the chamber’s 51-50 vote on the budget measure at around 5:30am.

The action came after a gruelling all-night session, where senators voted on amendments that could define the contours of the eventual Covid-19 aid bill.

Following Senate approval, the House passed the measure 219-209 on Friday afternoon, also without a Republican vote.

The coronavirus aid package can now work its way through congressional committees with the goal of finalising additional relief by mid-March, when extra unemployment assistance and other pandemic aid expires.

It is an aggressive timeline that will test the ability of the new administration and Congress to deliver.

“We have been focused like a laser on getting this done,” House Speaker Nancy Pelosi said after leading Democrats in the House met with President Biden on Friday.

“We hope to be able to put vaccines in people’s arms, money in people’s pockets, children safely in schools and workers in their jobs. That’s what we are doing now.”

Today’s jobs report is yet another reminder of the need for urgent action. The American Rescue Plan will control the virus, get vaccine shots in arms, and finally launch a robust, equitable and racially inclusive recovery. https://t.co/KXZYvJyq8c

The push for stimulus comes amid new signs of a weakening US economy. Employers added just 49,000 jobs in January, after cutting 227,000 jobs in December, the Labour Department said on Friday.

“At that rate, it’s going to take 10 years until we hit full employment,” President Biden said during his Oval Office meeting with House Democrats. “That’s not hyperbole. That’s a fact.”

The unemployment rate fell to 6.3% from 6.7%, but there was a decline in the number of people who were either working or looking for a job in a sign that people are dropping out of the labour force. The US economy is 9.9 million jobs shy of its pre-pandemic level.