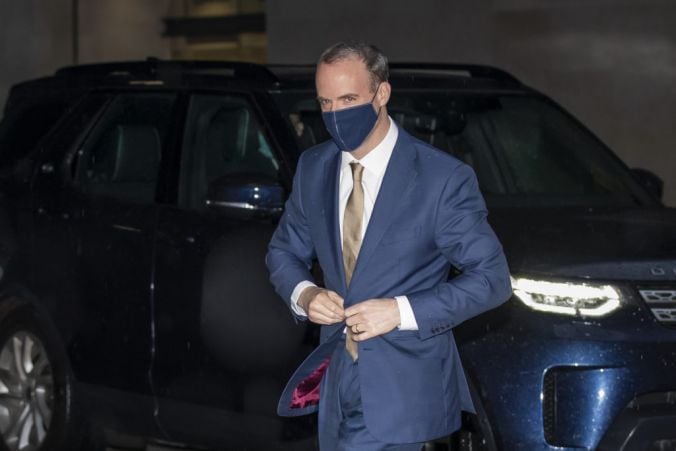 The senior diplomats of Britain, France, Germany and the United States met on Friday for the first time in almost three years as the European allies welcome America’s return to centre stage in world affairs under President Joe Biden.

Britain’s Foreign Office and the US State Department said the foreign ministers of the three European nations and the US secretary of state held virtual talks on topics that included Iran, China, Russia, Myanmar, climate change and the coronavirus pandemic.

The last time the top foreign affairs officials from the four countries met as a quartet was in April 2018.

The meeting of UK Foreign Secretary Dominic Raab, US Secretary of State Antony Blinken, German Foreign Minister Heiko Maas and French Foreign Affairs Minister Jean-Yves Le Drian came a day after Mr Biden told US diplomats at the State Department: “America is back. Diplomacy is back.”

US State Department spokesman Ned Price said the ministers had “affirmed the centrality of the Transatlantic relationship in dealing with security, climate, economic, health, and other challenges the world faces”.

He added that Mr Blinken “underscored the US commitment to coordinated action to overcome global challenges”. The statement offered no other details.

Mr Biden has turned sharply away from the “America first” policies of his predecessor, former President Donald Trump, on issues such as climate change and Russia. One of Mr Biden’s first acts as president was reversing Mr Trump’s withdrawal of the US from the 2015 Paris climate accord.

Mr Biden said on Thursday the days of the US “rolling over” to Russian President Vladimir Putin were over.

He committed to reversing Mr Trump’s order to withdraw US troops stationed in Germany and ending support for Saudi Arabia’s military offensive in Yemen.

Britain, which is heading the G-7 group of industrialised nations this year and is set to host a global climate conference in November, has welcomed the United States’ renewed focus on engaging with its allies around the world.

The UK is also seeking new ways to exert influence now that it has left the European Union, such as working with small groups of like-minded countries on major issues.